From the terror of Darkseid (in two Justice League sequels) and a Batman-Deathstroke face-off to some very different movies for Wonder Woman, Flash, and Aquaman, we're digging into the seeds Snyder laid.

Like Superman II: The Richard Donner Cut before it, Zack Snyder’s Justice League reflects (for the most part) the original intentions for the film as it was devised during its production in 2016. In the years since, both the DC Films initiative and Warner Bros. Pictures have undergone tremendous shifts in priorities, leadership, and even corporate owners – AT&T’s desires for a superhero universe do not exactly align with the ones director Zack Snyder and former DC Films bosses Geoff Johns and Jon Berg intended to build. As a consequence, the four-hour epic Snyder released on HBO Max this week is filled with ghosts of that abandoned cinematic universe.

Join us now as we take a look at those ghosts, where they were meant to lead, and what’s become of those possible stories in the current WarnerMedia DC Films paradigm.

It Established Darkseid As The Villain Of the Justice League Sequels 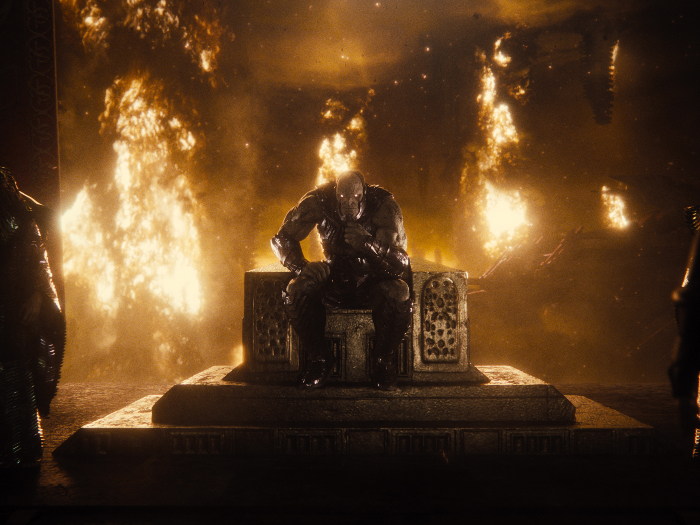 As seen in Zack Snyder’s Justice League, Darkseid – the undisputed ruler of Apokalips – is the real menace at the core of Snyder’s plans. Part 2 would have seen the League teaming with the Green Lantern Corps to make a preemptive strike against the Alpha Predator. Their attempt would have ended in defeat with the third film taking place in a world where Lois is dead, Superman is in Darkseid’s thrall, and the Batman plots a time travel quest to prevent the Great Darkness from sweeping the Earth. The finale would have seen all the heroes and military might of the planet uniting against Darkseid.

Currently, there are no plans for another Justice League. Snyder’s interest in returning to superhero films seems to rise and fall with each interview he gives. Darkseid, meanwhile, is slated to be the primary antagonist of Ava DuVernay’s New Gods film, which will likely re-imagine the Mother Boxes, the Anti-Life Equation, and all the other New God elements utilized in the Snyder Cut. 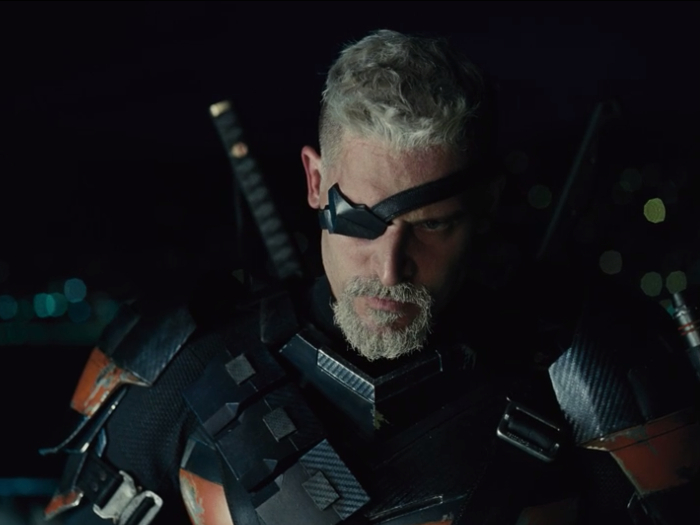 Where the theatrical version of Justice League saw Lex Luthor (Jesse Eisenberg) and Deathstroke (Joe Manganiello) plotting a league of their own, Snyder’s version featured a very different twist on the scene. To make Deathstroke’s visit worth his time, Lex gave him the civilian identity of the Batman (Ben Affleck).

The tease undoubtedly would have led to a confrontation between Batman and Deathstroke in The Batman. At the time the scene was filmed, Affleck was planning to direct, co-write, and star in that project. Early on, word broke indicating Deathstroke would be his main adversary. In light of the “Snyder Cut” scene, it is clear the plot would have seen Slade Wilson (Deathstroke’s real name) systematically destroying Bruce Wayne. That’s a really great idea for a film and we’re sad the changes in studio priorities and Affleck’s very valid need to walk away prevented it from happening.

After Affleck departed from the director’s chair, Matt Reeves took over The Batman and re-conceived it as a “year-two” tale with Robert Pattinson playing a younger version of the character. It is due for release on March 4, 2022.

Manganiello, meanwhile, tried to keep the Deathstroke dream alive. The plan would’ve included an appearance in a Suicide Squad sequel and a solo film. At one point, The Raid: Redemption‘s Gareth Evans was in discussions about the film, but it evaporated some time ago. Then, the original plans for the Suicide Squad sequel, to be directed by The Accountant‘s Gavin O’Connor, changed into James Gunn’s The Suicide Squad.

In the fullness of time, Deathstroke will get a meaty role in a DC film someday. It just won’t look like anything Snyder planted in his Justice League.

It Built Cyborg Up For A Solo Adventure 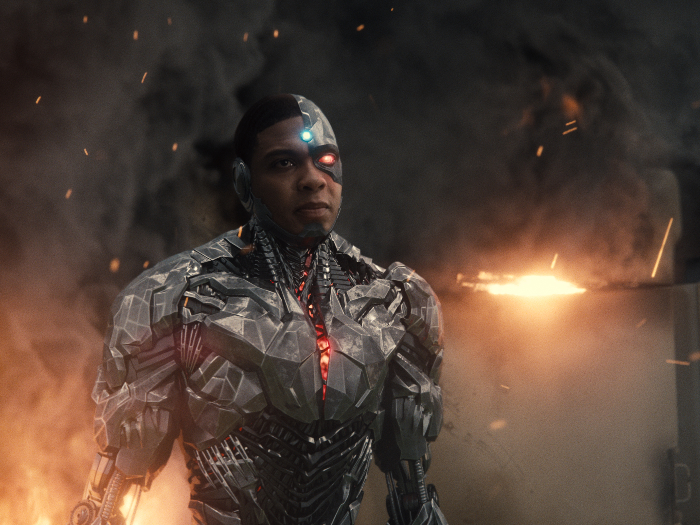 Key to Snyder’s vision was setting up Cyborg’s (Ray Fisher) solo adventure. So much so, he went to great pains to embed the character’s origin into Justice League so the first Cyborg film could tell a completely new story. That film was intended for release in 2020, but no creative team ever emerged to shepherd it through development. For years, the only person attached to the project was Fisher himself.

Then, last summer, the actor began a campaign to reveal abuses allegedly perpetrated by Joss Whedon, who directed the Justice League reshoots in the summer of 2017. Although it is clear something occurred during that photography, stepping forward ultimately cost Fisher a role in the upcoming feature film version of The Flash and any chance of starring in his own film.

Although, considering the film was announced in 2014 and never saw much development beyond that, it is unclear how committed the studio’s then-management really was to making Cyborg happen.

It Teased An Unhappy Ending For Joker & Harley 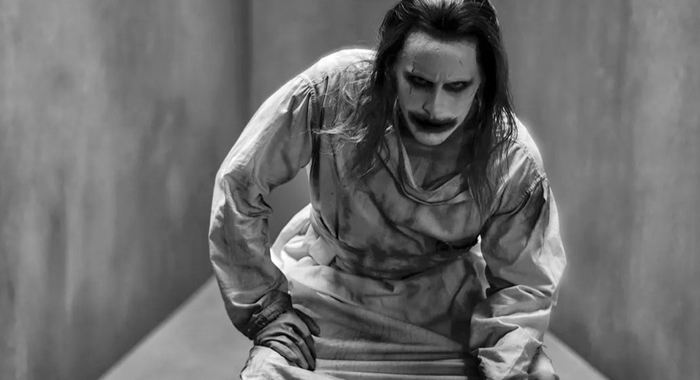 At one time, Suicide Squad was going to spin off Harley Quinn (Margot Robbie) and the Joker (Jared Leto) into their own interconnected film series. The rough plan included a Gotham City Sirens – which would eventually become Birds of Prey (and the Fantabulous Emancipaton of One Harley Quinn) – as well as a solo Joker film, and a “Joker & Harley” project. While Leto’s appearance in Zack Snyder’s Justice League is newly shot material, it is unclear if Affleck’s contribution to the scene was from 2016 or 2020. If the former, then Snyder always intended Batman’s lines about Harley to be part of the second Knightmare. Would it have led to her film series ending in tragedy? It would’ve been bold, but so little about those projects is known that it might’ve been a whole lot of “maybe” with Harley’s death contained only within the Knightmare world of Justice League.

In the end, Birds of Prey emerged with Robbie returning as Harley for The Suicide Squad this August. Leto’s interest in continuing on as the Joker changes with the wind.

It Presented A Green Lantern Allied With The League 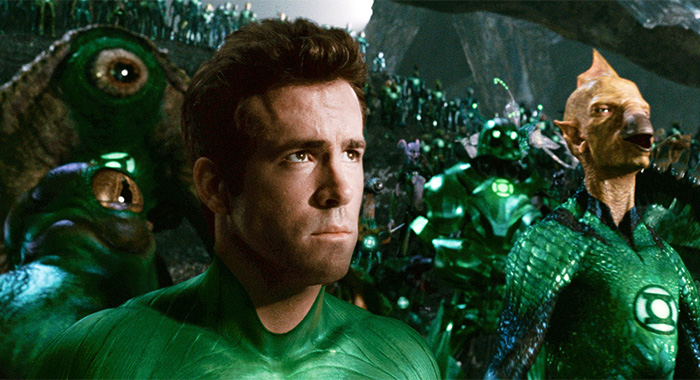 The final scene of Snyder’s League features the Martian Manhunter (Henry Lennix) offering his aid to Batman’s team. But in a recent interview, the director revealed that scene was rebuilt from a similar one meant to introduce a different superhero. Considering a Green Lantern Corps film was on the development board at the time Justice League was shot – and Snyder’s plan to include members of the Corps in Justice League 2 – it’s a safe bet a Green Lantern was originally in J’onn J’ozz’s place.

Adding to that notion: Snyder also said Ryan Reynolds was “game” to reprise his Hal Jordan role from the much maligned Green Lantern.

Details about the Green Lantern Corps film are vague. No one knows if it would have incorporated ideas from Green Lantern or started over with one of the other many members of that group in the lead position. It is still apparently in development, but with HBO Max working on a Green Lantern series with some of the same people involved in both Lantern film projects, it seems unlikely we’ll see a big-screen return anytime soon.

Perhaps this motivated Snyder to change the scene to the Martian Manhunter, whose absence from the project up until now was always strange. J’onn has been a part of nearly every iteration of the League since its debuted in 1959. Also, since it is a new element, it is always possible we will see Lennix as the character again someday. 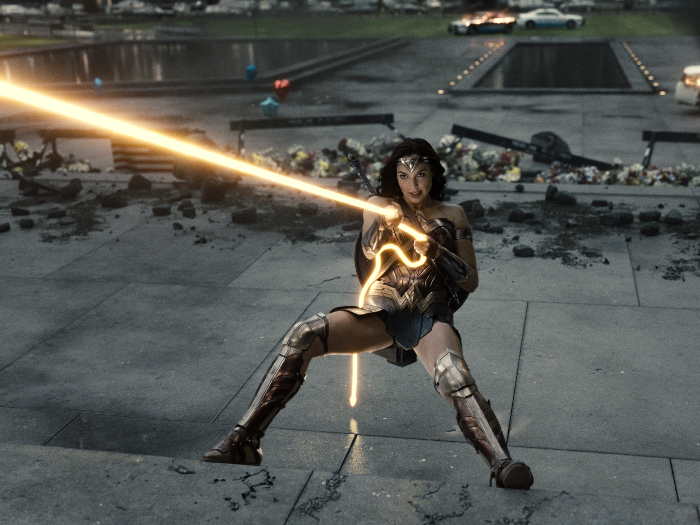 This one might be more speculation than anything else, but with all of Diana’s (Gal Gadot) references to shutting herself off from everyone for 100 years, we think it’s safe to assume Wonder Woman 2 was originally envisioned as a post-Justice League movie. How this fit into Snyder’s grand vision of the Great Darkness is harder to determine, but as both he and producing partner Deborah Snyder are executive producers on the Wonder Woman films, we imagine they would have made it work somehow. One guess: the Amazons would have left their island to confront Darkseid in Justice League 3, so maybe Hippolyta’s (Connie Nielsen) command for Diana to return to her would’ve been an element of that film.

It Pointed To Decidedly Different Versions Of Aquaman and The Flash 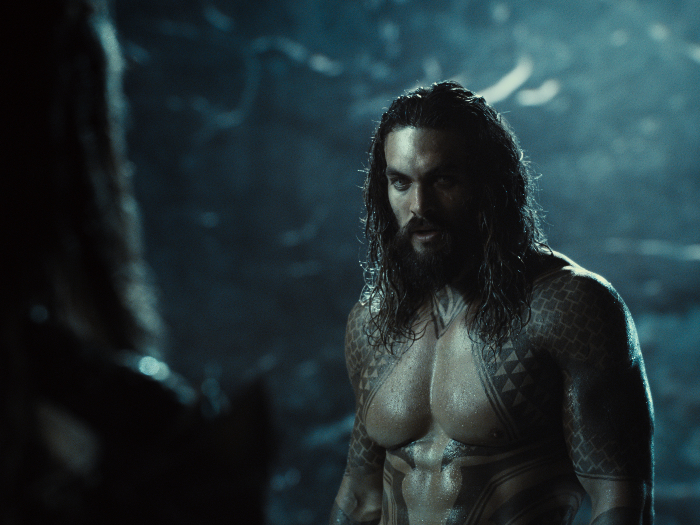 Perhaps the most intriguing element of Zack Snyder’s Justice League – at least from the standpoint of the projects it teases – is the way it establishes different version of the Aquaman film we eventually received and The Flash film we’ll ultimately get.

The key difference in visions for Aquaman stems from Arthur’s (Jason Momoa) scene with Vulko (Willem Defoe). Besides the obvious design differences in Defoe’s character, his attempt to coax Arthur into taking up his mother’s trident suggests a different tone and objective for that eventual film. This Vulko seems more committed to getting Arthur on the throne of Atlantis than his short-haired counterpart in James Wan’s picture. Additionally, Arthur’s problem with his mother is a different type of abandonment issue, indicating their reunion was meant to be more of a confrontation than it ultimately turned out to be. Add to that Mera’s (Amber Heard) British accent and her statement that both her parents are dead, and you get hints at a film more in line with the darker parts of The Lord of the Rings than the high adventure tale Wan ultimately delivered. 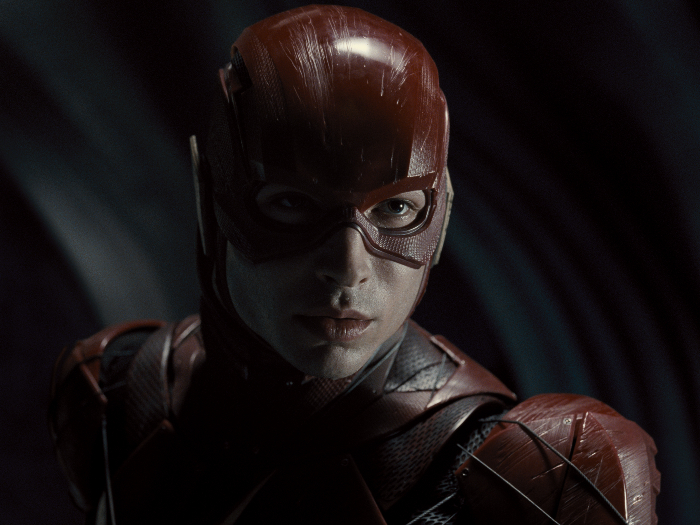 Also, we fully believe Lex was meant to sail up in his yacht and rescue Black Manta (Yahya Abdul-Mateen II) during Aquaman‘s stinger scene. No matter what Aquaman was supposed to be from the standpoint of Zack Snyder’s Justice League, the eventual film was a success with a sequel due on December 16, 2022.

The Flash, meanwhile, is the most mysterious. From the added scenes, we get that Barry’s (Ezra Miller) involvement with Iris (Kiersey Clemons) would be a key plot point, as would his continuing efforts to be less of a shut-in and get his dad out of prison. But those hints speak to a film director Rick Famuyiwa left in late 2016 over the same sort of creative differences which led Seth Grahame-Smith and Game Night directors John Francis Daley and Jonathan Goldstein to depart as well. Currently, It director Andy Muschietti is scheduled to helm the film for a November 4, 2022 release. Curiously, the film will see Barry using his speed abilities to visit other realities in the DC Multiverse and will seemingly establish the many worlds to explain away films like Joker, The Batman, and even Zack Snyder’s Justice League itself.