With Lockout hitting theaters, we count down the best movies produced (but not directed) by the prolific French filmmaker.

The poster for this weekend’s Lockout shouts “Brought to you by the producers of Taken” — a list that includes a certain Luc Besson, who might be best known as a director and screenwriter, but who’s also stayed surprisingly busy behind the scenes of a long and impressively eclectic list of films over the years (including The Lady, a Besson-directed film opening in limited release this week as well). Naturally, we decided now would be the perfect time to take an appreciative look back at some of the best Besson productions, so grab a bucket of popcorn and your finest French dictionary — it’s time for Total Recall!

After the explosive conclusion of the first Transporter, producer Luc Besson (who co-wrote both screenplays) took steely-eyed Frank Martin (Jason Statham) on a transatlantic move from France to Miami — but he didn’t take him far enough to escape from trouble. Transporter 2 finds Frank playing chauffeur to a boy whose wealthy father (Matthew Modine) has run afoul of Colombian gangsters, triggering a series of events that includes a kidnapping, a deadly virus, a plane crash, and one death by wine rack. Calling it “cheap, shiny, indefensible junk,” Salon’s Stephanie Zacharek described the sequel as “a Hot Wheels hot rod encased in a glossy plastic blister pack,” before following that dismissal with “But come on — you know you want it.”

After watching Jason Statham steal scenes in Lock, Stock, and Two Smoking Barrels and Snatch, Besson gave him the lead in The Transporter, a bullet-riddled thriller about Frank Martin, a guy who, well, transports things — including illegal cargo for some pretty nasty people, no questions asked. Frank’s first adventure revolves around a conspiracy to kidnap and “import” a few dozen Chinese people, and although it builds to a predictably loud and ridiculous conclusion, a number of critics still had plenty of fun getting there. As Steven Rea asked for the Philadelphia Inquirer, “It remains to be seen whether Statham can move beyond the crime-land action genre, but then again, who says he has to?”

The film that reinvented Liam Neeson as an action hero, Taken reunited Besson with his screenwriting partner Robert Mark Kamen as well as director Pierre Morel, who helmed District B13 and served as Besson’s cinematographer on The Transporter and Unleashed. Neeson stars as a retired CIA agent who has to track down his daughter (Maggie Grace) after she’s kidnapped by virgin-hunting black market girl poachers, and took to the part with such bone-crunching panache that his performance elevated what might otherwise have been a standard genre film for critics like Tyler Hanley of the Palo Alto Weekly, who applauded the way “viewers are introduced to a new side of Irish actor Liam Neeson, one that is relentless and likes to hit criminals in the throat — a lot.”

How does Luc Besson do a Western? By co-writing a script about a pair of lovely 19th century Mexican lasses (played by Salma Hayek and Penélope Cruz) who decide to team up and become bank robbers in order to pay back the poor farmers who have been ruined by the despicable land baron (Dwight Yoakam) who attacked their fathers. With such a strong premise and talented cast (rounded out by Steve Zahn and Sam Shepard), Bandidas should have been a worldwide smash; as it was, it had to settle for a paltry $18 million gross — and the affection of critics like Randy Cordova of the Arizona Republic, who called it “Silly, breezy fun, fueled by playful chemistry between its charismatic, appealing stars.”

Jet Li is a legend of Chinese cinema, but his career in Hollywood has been somewhat bumpy, to say the least. One high point: Unleashed, which finds him playing Danny, the emotionally stunted prisoner of a vicious loan shark (Bob Hoskins) who uses Danny’s formidable fighting skills to mete out punishment to his enemies. Besson — who wrote the screenplay in addition to serving as producer — handed the directing reins to Louis Leterrier, whose work in The Transporter served as the bone-crunching prelude to an action movie with a heart to match its roundhouse kick. As Peter Hartlaub of the San Francisco Chronicle put it, “Unleashed is the kind of martial arts movie we would see if Tom Hanks could execute a flying spin kick.”

5. A Monster in Paris

A CG-animated, 3D feast for the senses, A Monster in Paris blends together elements of King Kong and The Hunchback of Notre Dame to tell the tale of an inventor, a shy projectionist, the nightclub singer he loves, and the opera-singing proboscis monkey who changes their lives forever. Though it failed to recoup its budget during its theatrical run, Monster boasted a talented voice cast (including Vanessa Paradis, Danny Huston, and Sean Lennon) and earned the approval of critics like Graham Young of the Birmingham Mail, who wrote, “From its curiously light opening to its emotive climax, the best thing about this animation is that it gets better and better as you grow into its own little world.”

Besson did double time as co-producer and co-screenwriter on District B13, helping shepherd this parkour-driven thriller about a fenced-in French ghetto filled to its barbed wire turrets with gangsters, druglords, and arms dealers. Fast-paced and flush with wild stunts that were filmed by first-time director Pierre Morel without the aid of wires or CGI, District B13 did well enough at the box office to inspire a sequel — and impressed critics like Phil Villarreal of the Arizona Daily Star, who gasped, “Morel lathers up a thunderous tornado of exhilarating destruction. There’s hardly a moment to pause for breath, blink or wipe the sweat off your brow.”

3. The Three Burials of Melquiades Estrada

Tommy Lee Jones made his directorial debut — as well as being nominated for the Golden Palm and winning Best Actor at Cannes — with this Texas-set drama about an obstinate rancher (Jones) who kidnaps a Border Patrol agent (Barry Pepper) after the latter overreacts to a misunderstanding and murders a Mexican immigrant. The duo undertakes a slow journey by horseback, rotting corpse in tow, colorful characters and rattlesnakes all around, redemption far off on the horizon. It isn’t exactly cheerful stuff, but as Rick Groen of the Globe and Mail noted, “This isn’t a film that demands to be enjoyed in order to be remembered — one way or the other, it will stick with you.”

A French box office hit and worldwide critical favorite, Tell No One (or Ne le dis à personne) offered a pleasantly twisty adaptation of Harlan Coben’s bestselling thriller about a doctor who goes from grieving over his dead wife to figuring out that she might be alive — and finding himself implicated in a double murder. “It attempts no improvements on the basic suspense formula,” conceded Reyhan Harmanci of the San Francisco Chronicle, hastening to add, “It just does everything really well: perfect pacing, lovely camera work, spot-on acting and an ingenious plot.”

When you think about Luc Besson, musical romances probably aren’t the first thing that comes to mind — but if there’s one thing this week’s list has taught us, it’s that the man knows a good script when he sees one, and The Singer (a.k.a. Quand j’étais chanteur) offers César Award-winning proof. Starring Gérard Depardieu, Mathieu Amalric, and Cécile de France — as well as an appearance from French musical legend Christophe — it earned praise from critics like Geoff Andrew of Time Out, who applauded it as “An admirably tough, ambivalent and honest look at the fraught relationship between real feelings and the culturally acceptable (or otherwise) public expression of similar emotions as manipulative entertainment.”

In case you were wondering, here are Besson’s top 10 productions according RT users’ scores:

Take a look through Besson’s complete filmography, as well as the rest of our Total Recall archives. And don’t forget to check out the reviews for Lockout.

Finally, here’s the trailer for The Lady, Besson’s other new movie: 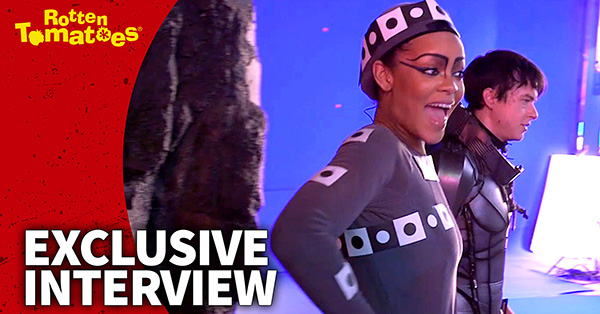