NBC star reveals that her contract stipulates that she must shed weight for the series. Dr. Monya De examines the benefits — for Metz and viewers.

This Is Us actress Chrissy Metz revealed last week that her contract for the show stipulates that she must lose weight gradually over the TV season as part of her character’s arc. Currently morbidly obese and playing a personal assistant with self-esteem struggles, Metz said she sees the requirement as a positive.

“In our contract, it did state that that would be a part of it, to lose the weight in the trajectory of the character as she comes to find herself,” Metz told TVLine.com. “That was a win-win for me. Because it’s one thing to try to do it on your own. But as human beings, it’s an ego thing: We’re more likely to do something for someone else.”

For generations, actors have gained and lost weight for theatrical roles: Robert De Niro for Raging Bull, Christian Bale in The Machinist, Hilary Swank for Boy’s Don’t Cry, Bradley Cooper for American Sniper, and on. Interviews with these stars often drip with details of extremes: junk food binging, beer swilling, or diets of cabbage and orange juice–soaked cotton balls.

While these roles have netted many an Oscar or Golden Globe, the health of the actors is definitely at risk from rapid weight gain or loss. Fast weight gain can trigger liver inflammation, diabetes, kidney problems, and hormonal problems, while losing weight in a rush can trigger gallstones, dehydration, and even electrolyte disorders that can trigger heart arrhythmias.

In some cases, actors change their weights more gradually, under a doctor’s supervision, sometimes with weight training added. With time on their side, the doctors can monitor organ function, bone density, hormones, and other indicators of overall health. A detailed nutritional plan and possibly supplemental vitamins and minerals ensure that there will be no nutritional deficiencies like scurvy or pellagra to contend with on set.

Around 20 percent of Metz’s roles to date have had names referencing her weight, like “Heavy Girl,” so her This Is Us contractual obligations should kick off a renaissance of sorts in Metz’s career. But it is more than that; it is an opportunity for television to showcase a very real struggle for so many Americans, something different than the rotating soap-opera litany of marriages, divorces, and shark-jumping pregnancies.

While American television audiences have The Biggest Loser already, removing the competition aspect and tough-love stress creates a more realistic situation for audiences to identify with. It’s unclear whether Metz would be written out of the show if she does not successfully lose a certain amount of weight, or if her story line would take a different turn. It’s also unclear if she would be required to undergo any cosmetic surgery to address excess skin as a result of her weight loss.

Like Oprah Winfrey, if Metz uses her fame to bring fans along a weight-loss journey in her interviews and social media posts, many could become better-informed about one of the single best ways to reduce risk for heart disease, cancer, and diabetes. She could also write about her monthly cholesterol levels and liver enzyme numbers, like Morgan Spurlock in Super Size Me — but in reverse.

We should all be very grateful, of course, that the producers did not hire a thin actress to eat junk food, become obese, and then lose weight. Instead, they’ve given viewers insight into the real-life drama faced by more than one-third (36.5 percent) of U.S. adults, according to the Centers for Disease Control and Prevention.

And we’re healthier for it.

This Is Us airs 9 p.m. Tuesdays on NBC

Monya De, MD MPH, is an internal medicine and integrative medicine physician in Los Angeles and a former reporter for ABC Medical News. She has a regular column at the Center for Health Journalism and tweets at @medjournalist. 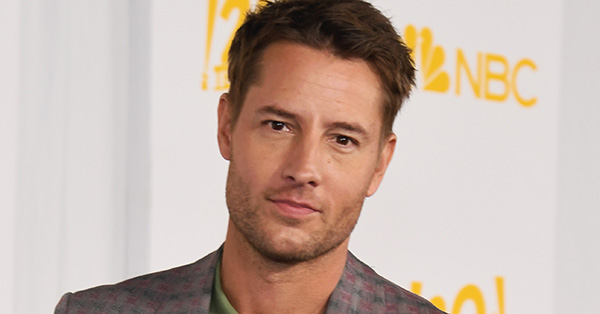