Our big TIFF takeaways, from Gaga, drugs, and rock 'n' roll to a slew of powerful female filmmakers and performances.

This weekend, the curtain closed on the 43rd Toronto International Film Festival and while several key pieces of the awards season puzzle are still missing, we can just about decipher the image and it is looking glorious. Peter Farrelly’s crowd-pleasing Green Book won the Grolsch People’s Choice Award and Lady Gaga’s “little monsters” were blown away by A Star Is Born, but there was plenty of appreciation for the work of auteurs as well, with Barry Jenkins’ If Beale Street Could Talk and Alfonso Cuarón’s Roma coming in second and third in the audience vote. A few notable contenders were missing from Toronto’s screens this year, including Yorgos Lanthimos’ The Favourite, the yet-to-be completed Mary Queen of Scots with Saoirse Ronan and Margot Robbie, Dick Cheney biopic Backseat, and Bohemian Rhapsody, featuring Rami Malek as Freddie Mercury. Despite those notable absences, more than 250 films screened and we spotted some interesting trends and notable surprises among them. Here are our biggest takeaways from this year’s Toronto International Film Festival.

THE LADIES CAME TO SLAY, IN FRONT OF AND BEHIND THE CAMERA 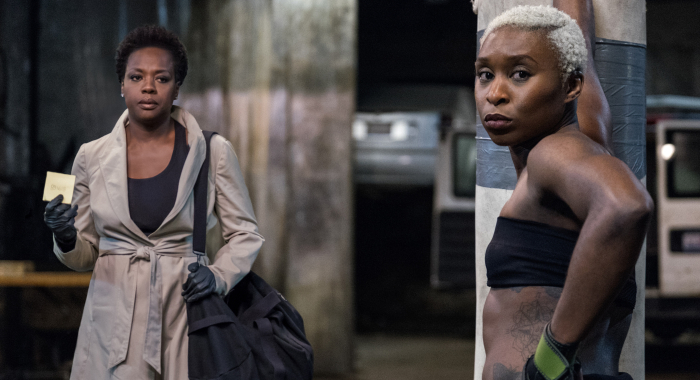 This year, TIFF cemented its claim as a champion of diversity and inclusion in filmmaking: Some 28% of the feature-film Gala presentations were directed by women, a TIFF-sponsored initiative funded 175 critics from marginalized communities to attend and cover the festival, and female filmmakers and female performances racked up rave reviews. Jordan Minter of The Hollywood Reporter said of director Claire Denis’ English-language debut, High Life (currently 96% on the Tomatometer): “Denis is a fearless filmmaker who, in her own way, has gone this time where no man (or woman) has gone before.” Critics praised Steve McQueen’s female-led action thriller, Widows, singling out leads Viola Davis and Elizabeth Debicki. Alongside Debicki and Davis, Oscar darlings Nicole Kidman (Destroyer, Boy Erased), Natalie Portman (Vox Lux), Melissa McCarthy (Can You Ever Forgive Me?), and newcomers Lady Gaga (A Star is Born) and Yalitza Aparicio (Roma) are all now heavy favorites to make deep runs right into awards season. And long-time television favorite Regina King, who picked up an Emmy this week for Netflix’s canceled Seven Seconds, may parlay that favor to her first Oscar nom with her heartbreaking performance in Jenkins’ If Beale Street Could Talk. 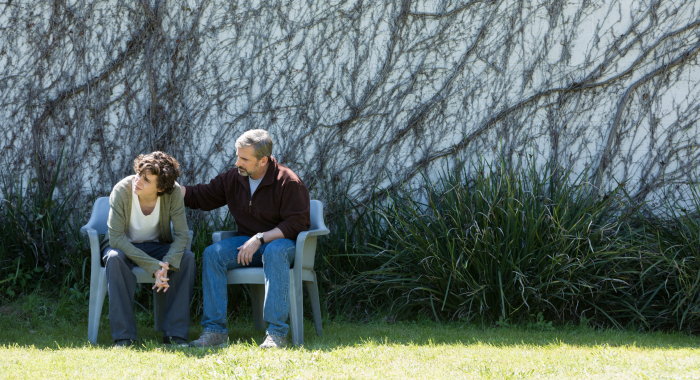 A common thread this year was tales of addiction, both on the domestic front and on the rock ‘n’ roll stage. Timothée Chalamet’s Beautiful Boy and Lucas Hedges’ Ben Is Back were the two standout stories about recovery and family dynamics. While Chalamet may not have the white-hot heat behind him that he had last year with Call Me By Your Name, he had plenty of critics singing his and co-star Steve Carell’s praises for his new film; Eric Kohn of IndieWire wrote, “With lesser performances, [Beautiful Boy] would crumble under the manipulative weight of unearned gravitas, but these two actors transcend the material at every turn.” Her Smell, Vox Lux, and A Star is Born shone a light on how drugs and rock ‘n’ roll go hand-and-hand. Each featured musicians who, though ridiculously talented, battle demons and search for release in a bottle, pill, or pipe. These TIFF addiction stories should fare well this awards season; Bradley Cooper in particular seems to be the only sure lock for Best Actor nominations so far with his gravel-voiced country singer, Jackson Maine. Brian Tallerico of RogerEbert.com wrote, “Cooper does some of the best work of his career as the kind of man who’s always restless.”

MUSICALS ARE HAVING A MOMENT, AND IT’S NOT JUST A STAR IS BORN 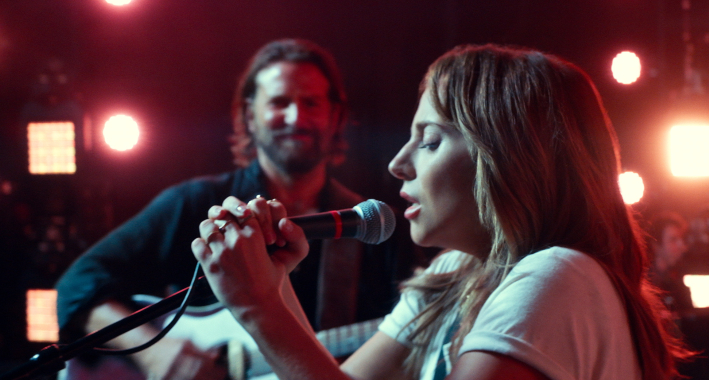 With so many stories about rock ‘n’ roll addiction, it’s no surprise that there were plenty of musicals – though mostly untraditional ones – at this year’s festival. The splashiest title at the festival, A Star is Born, features originals songs from Lady Gaga (herself reborn as a movie star after TIFF), and be warned: trailer standout song “The Shallows” is a smash-in-the-making earworm that many are already calling the one to beat for Best Original Song from a Motion Picture at next year’s Oscars. But don’t count out Vox Lux – featuring songs from Sia, it is likely to give Gaga a run for her money, as might Mary Poppins Returns. Smaller musical films Wild Rose and Her Smell also showcased standout performances from Jessie Buckley and Elisabeth Moss respectively, with Danielle Solzman calling Buckley’s turn as a fresh-out-of-jail Scottish country crooner “star-making” and Moss’s performance as ’90s punk-rock princess a career-best.

THE PICTURE ON BEST PICTURE STARTS TO TAKE SHAPE 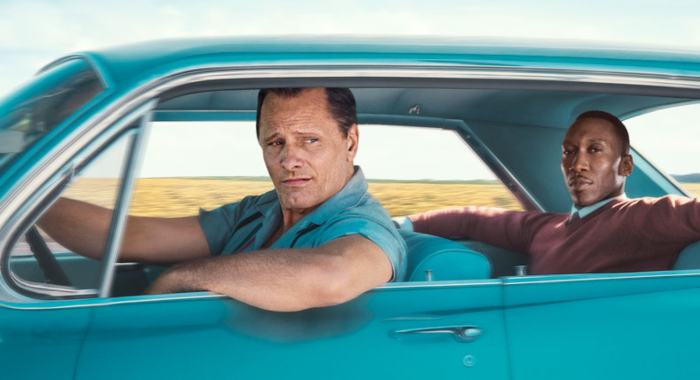 No one really knows yet what’s going to happen at next year’s big awards shows. Some questions around performances were answered at TIFF –  the hopes of Hugh Jackman and Matthew McConaughey faded, while McCarthy and Kidman kept riding a wave of momentum from Telluride – but questions over which films are shaping up as overall contenders is less clear. Green Book took home the audience award and Roma continued to wow critics, as it did at Venice and Telluride, but that doesn’t necessarily mean either is a lock for Oscar glory just yet. Selected by Mexico for its entry in the Best Foreign Language Film Oscar race, Roma should walk comfortably to a nomination, but the chances of a foreign-language film winning Best Picture are slim to none. The crowd-pleasing A Star Is Born is the odds-on favorite right now – and again, it’s foolish to even talk in these terms so early in the game – but this time last year the same could have been said for Three Billboards Outside Ebbing, Missouri, and it was Guillermo del Toro’s horror-fairytale The Shape of Water that eventually took home the top prize. In the end, there is still a lot to be seen and while the chances are high that those in Toronto saw the winner last week – nine of the last 10 Best Picture winners screened at TIFF – it’s still a very long season.