After a deadly virus wipes out the majority of the world’s population, two groups of survivors end up picking sides — with 108-year-old prophet Mother Abigail (Whoopi Goldberg) or the demonic Randal Flagg (Alexander Skarsgård) — in a supernatural battle between good and evil to decide the fate of mankind. That, in a nutshell, is the gist of Stephen King’s The Stand.

The author’s iconic novel is considered by many to be one of his best works — it has been updated multiple times by King and was adapted into an Emmy Award-winning mini-series by Mick Garris in 1994. Now, a new version of the story is hitting CBS All Access on Thursday, December 17, in the form of a nine-episode mini-series.

It’s been two-and-a-half decades since we’ve seen Mother Abigail face-off against the Dark Man — that mini-series is Certified Fresh on the Tomatometer with a score of 71%. Will this new adaptation of Stephen King’s novel fare better than its predecessor? Or will it end up dead-on-arrival? Here’s what the critics are saying about CBS All Access’s The Stand.

How Faithful Is It to the Book? 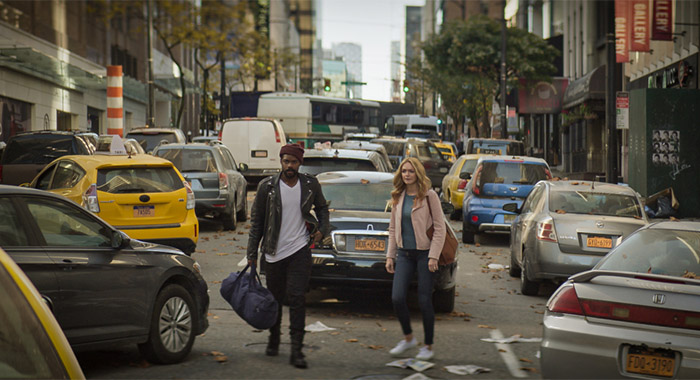 “This adaptation – developed by Josh Boone and Benjamin Cavell – takes the unique approach of telling the story in a nonlinear fashion, one that introduces viewers less to the pandemic itself more to the characters, the hearts and souls that the story is ultimately about. It’s a move that may not sit well with some die-hard King fans, but it’s one that injects a new life into the story. Starting with people, not with plague and it immediately sets the series out on a much better foot and almost immediately will hook audiences.” — Nicole Drum, ComicBook.com

“If you are familiar with the first mini-series, there are a lot of scenes that looks eerily similar in the new iteration, but there is so much more. Those that have read the novel will find this adaptation does better justice to the massive cast of characters. But, you may not like all of the changes.” — Alex Maidy, Jo Blo’s Movie Network

“This new format also asks a lot of its viewers, particularly those who aren’t Constant Readers. With all of this leaping around, so much of the characterization draws upon an inherent knowledge of the source material. Relationships are formed without much connective tissue, narrative beats are well underway with nary a point of origin, and references are dropped at a brisk pace. Again, all of this will likely make for a disorienting experience for newcomers in King’s Dominion.” — Michael Roffman, Consequence of Sound

How Is the cast? 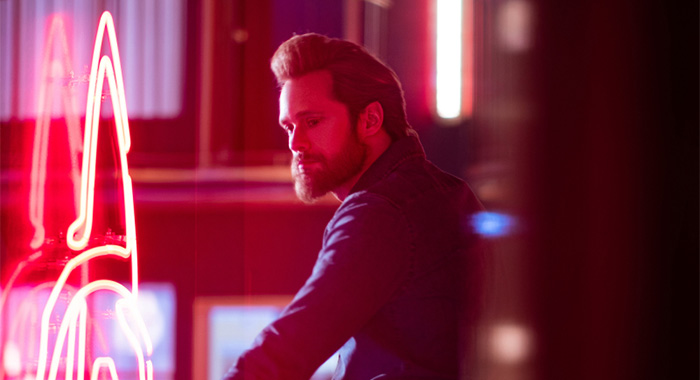 “Skarsgård does for Randall Flagg what his brother Bill did for Pennywise. This Randall Flagg is the force of evil that Matthew McConaughey failed to evoke in The Dark Tower. This Flagg is more than a monster but a true force of evil. Goldberg was also born to play Abigail Freemantle and brought me to tears during this series.” — Alex Maidy, Jo Blo’s Movie Network

“This version of the story more richly develops some of the key characters from the novel and indeed even the previous live-action adaptation. Frannie Goldsmith (played by Odessa Young), for example, is fleshed out in a more grounded and realistic way while Tom Cullen (Brad William Henke) is given more humanity than perhaps we’ve seen before. It helps that both Young and Henke deliver solid performances that feel less like archetype characters and more like people we can easily identify from our own lives.” — Nicole Drum, ComicBook.com

“The cast mostly doesn’t rise much above the level of competence – nor, to be fair, drop much below it. The notable exceptions are Brad William Henke (Orange Is the New Black) making his mentally challenged character Tom Cullen impossible not to love; Alexander Skarsgård (True Blood) projecting a palpable sense of evil as Randall Flagg, the baddest of the bad guys; and Henry Zaga, who pulls off a nearly impossible assignment in portraying Nick Andros, a man who can’t hear or speak and can barely see.” — Glenn Garvin, Reason Online

“If there’s a standout here it’s Teague, who plays Harold as an incel sociopath who can just pass as an ordinary, happy citizen. In one of his best moments he fakes his way through the rebuilding utopia with a smile that tries to look winning but mostly looks like Jim Carrey in full manic mode.” — Keith Phipps, TV Guide

Is the World-Building Epic Enough? 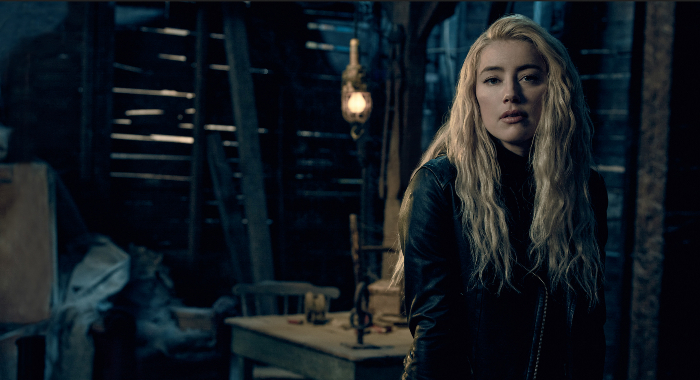 “Because things are moving at such a rapid clip, it’s hard to really get a grasp on what’s at stake, and that feeling extends towards much of the world building. At times, it’s a very claustrophobic experience with so much of what’s happening in this world being told rather than shown. And while some of this exposition is wisely left to our own imaginations, most of these comments feel like tossed in signposts, leaving the narrative feeling often hollow.” — Michael Roffman, Consequence of Sound

“The series’ first couple of hours, premiere “The End” and second episode “Pocket Savior,” build an exquisite amount of tension: The shifting locations capture the permeation of the outbreak; each cough and sniffle portends upcoming doom; and the series’ makeup department should be commended for making the physical effects of “Captain Trips” very, very gross. But after those initial world-building episodes, The Stand never feels dirty enough — neither in its presentation of the physical and emotional impact of all this sickness, loss, and death, nor in its consideration of the lure of Flagg’s totalitarianism-as-hedonism rule in his New Vegas bacchanalia.” — Roxana Hadadi, Variety

“The series’ generous budget keeps its post-apocalyptic America convincing and its tense moments deliver the scares. If these first four episodes offer little in the way of unforgettable moments, they’re always intriguing enough to keep curiosity burning about what will happen next (or, for those who know the book, how the series will stage or reshape it).” — Keith Phipps, TV Guide

Is Now the Right Time for Another Apocalyptic TV Series? 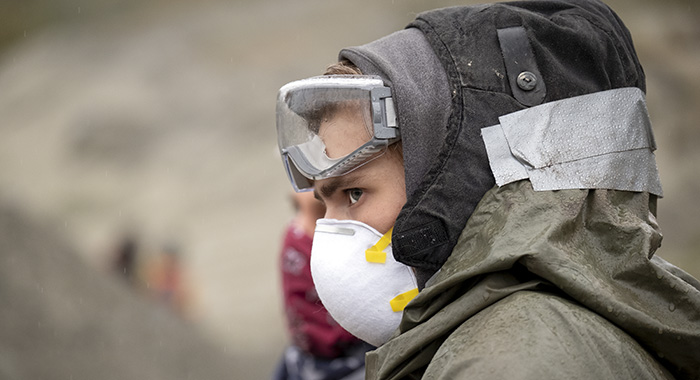 “Whether the world needed another TV adaptation of The Stand (there was a 1994 version with Gary Sinise and Molly Ringwald) is a fair question, particularly when the COVID-19 pandemic continues to rage around us. If it was just a reminder of the world around us, the answer might be no. But approached as an intriguing diversion, it works.” — Bill Goodykontz, Arizona Republic

“The apocalypse isn’t the point – it’s simply the backdrop for what is unabashedly an epic modern fantasy.” — Joshua Sargent, San Francisco Chronicle

“In a year ravaged by a far different virus, The Stand carries a different significance as it closes out a year terrifyingly similar to the story on screen. Told over nine episodes, including an all-new ending written by Stephen King and his son Owen, this new version of The Stand is a very uncomfortable story to watch while the world is mired in a real pandemic but still manages to be a faithful adaptation of King’s masterpiece with timely updates that more or less work.” — Alex Maidy, Jo Blo’s Movie Network

“This adaptation of one of Stephen King’s most dense, sprawling works never quite reaches the epic scope illustrated so clearly in the 1978 novel.” — Roxana Hadadi, Variety

“It’s a sometimes overstuffed, sometimes overly simple book, but also one whose vision of a fantastic America whose potential for greatness and moral clarity is always at war with its self-destructive impulses. Even if many missed it at the time, King found a way to express an underlying truth about the place he calls home. The best parts of this adaptation channel that well.” — Keith Phipps, TV Guide

“The performances are strong, the set pieces are cinematic, and, most importantly, the commitment to King’s prose is stonier than a man’s heart.” — Michael Roffman, Consequence of Sound

The Stand premieres on Thursday, December 17 to CBS All Access.