The Sandman Season 2: What's Next for the Dream Team

Four places the Netflix fantasy series could go next based on the graphic novels. 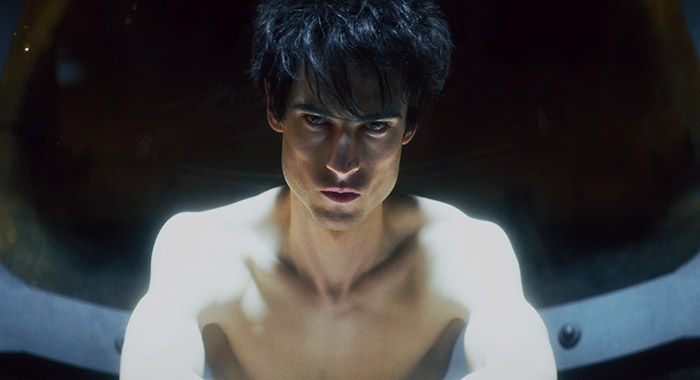 Unlike many comic book adaptations, Netflix fantasy series The Sandman remained faithful to its source material, executive producer Neil Gaiman’s graphic novel series of the same name. From episodes like “The Sound of Her Wings” — which adapts the stories featured in issues #8 and #13 of the comic book series — it appears the program will adhere to the book in an unprecedented way, and so it’s relatively easy to assume certain things about the next season; for one, it will likely adapt the next two major stories.

At the same time, there are other possibilities. New ideas seep in as the old ones hold fast, and even if the great stories always return to their original forms, there is always a way for a new dream to emerge. The end of Rose Walker’s (Vanesu Samunyai) story in the first season, for example, speaks to just how much things can change even if Morpheus (Tom Sturridge) believes he is bound by his function. So with that in mind, let’s take a look at the hills, vales, and plains of desolation The Sandman could walk in its second season.

Spoiler alert: The following reveals plot details from The Sandman graphic novels and from season 1 of The Sandman series on Netflix. If you have not read the books or watched the series and wish to avoid spoilers, stop reading here. 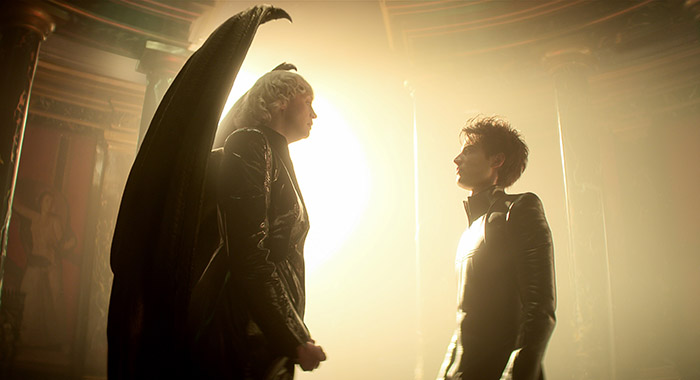 From Lucifer’s (Gwendoline Christie) final vow in the closing moments of episode 10, it seems obvious a second meeting between the Lord of Hell and the Lord of Dreams is inevitable; in fact, comic book readers know it happens in Sandman #22, the second part of the series third major storyline, “Seasons of Mist.” In it, Lucifer makes an unexpected choice, leaving Morpheus to handle the fallout and attempt to secure the freedom of Nada (played by Deborah Oyelade in episode 4 of the TV series), the woman he doomed to Hell for 10,000 years.

To a certain extent, this would be the ideal place to start season 2 as it formally introduces two more members of the Endless: Destiny and Delirium. The former, referenced a handful of times throughout the season, sets “Seasons of Mist” in motion by hosting a family gathering. Delirium, meanwhile, does little else but make her presence known in a fascinating way. Nevertheless, it is important to establish all of the family before too long. Although, one more member of the Endless — “the prodigal” as Morpheus called him in episode 6 — will remain away for at least another season. 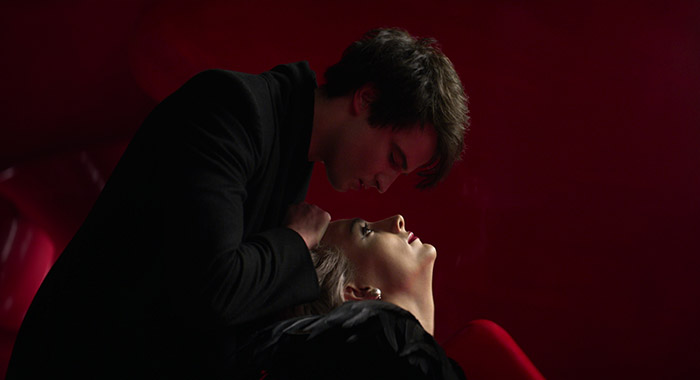 And it is here where we find another potential point of departure for the television series. Although Desire (Mason Alexander Park) always hoped Morpheus would kill Rose and bring about certain consequences, the Endless sibling’s part in Roderick Burgess’s (Charles Dance) capture of Dream was far more pronounced in television version. Desire even claims Morpheus’s affair with Nada was their doing and that “next time,” they’ll finally get what they want. It is certainly possible the television adaptation of “Seasons of Mist” will play out with Desire taking a more direct role in what transpires and, perhaps, finding it more difficult to plot Dream’s demise thereafter. Then again, that’s more of a TV-style conflict and something the show may eschew in favor of a more faithful adaptation.

If that’s the case, get ready to see Choronzon (Munya Chawawa) and Azazael (Roger Allam) again. The two demons have bones to pick with Morpheus. Also, we’d be surprised if the season occurs without an adaptation of The Sandman #9 — the full account of what transpired between Nada and Dream.

A Game of You: Barbie’s Story Continues 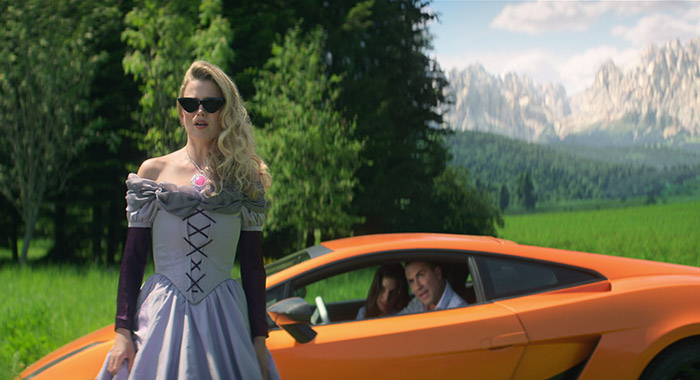 Assuming the series will continue to adapt two major stories per season, the latter half will likely adapt “A Game of You.” The story picks up the trail of Barbie (Lily Travers) after she leaves Ken (Richard Fleeshman), but finds the waking world harder to deal with. Consequently, her recurring dreams of a fantasy realm where she and Martin Tenbones (Lenny Henry) fight the Cuckoo take on more importance. Eventually, it attracts Morpheus’s attention as the Cuckoo takes more control of her dreamtime realm and parts of it begins to leak into the waking world – including Martin Tenbones!

The story may also offer some clarity on what became of Judy’s (Daisy Head) girlfriend, Donna.

One possible break from the established story, though, is a person who comes along for the adventure. In the comic, a woman named Thessaly eventually joins Barbie’s party and is revealed as a witch (in the truest sense), who also attracts the attention of Morpheus. In the television series, we could easily see Johanna Constantine (Jenna Coleman) take Thessaly’s place in the tale. But then, we can also see Joanna taking over more than just Thessaly’s role in that particular story. But we could just be reading a lot in those pauses and glances between her and Morpheus in episode 3.

Also, we can’t help but think the inclusion of Astra (Nina Galano) in episode 3 means Joanna will get another chance to save her before too long. Although, considering DC’s Legends of Tomorrow went to great lengths to save Astra (played there by Olivia Swann) from the torments of Hell, it is possible Joanna will always have to live with that particular failure. Perhaps it will even motivate her to seek out Barbie when her dream becomes a bigger threat. 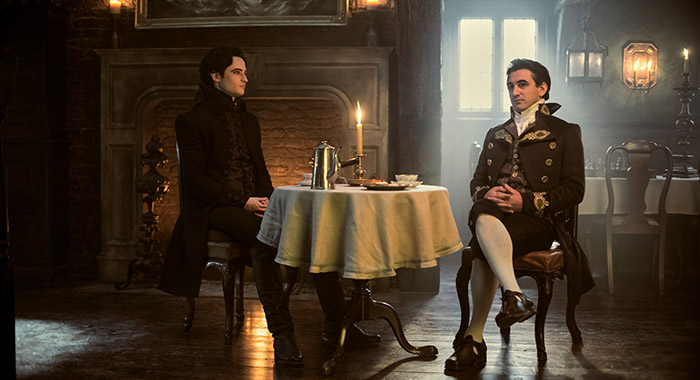 The Sandman was also notable for its interludes, like “The Sound of Her Wings” and “Men of Good Fortune” – the story detailing Morpheus’s friendship with Hob Gadling (played in the series by Ferdinand Kingsley) across the centuries. The four issues between the second major story (the Rose Walker story seen in the latter half of season 1) and “Seasons of Mist” were eventually collected as “Dream Country” and tell two stories key to later events. The first, “Calliope,” sees the Greek muse abducted by an unscrupulous author and Morpheus deciding to help her despite some bad blood between them. The second, “A Midsummer Night’s Dream,” follows up on Dream’s conversation with Will Shakespeare (Samuel Blenkin) as the latter stages a performance of A Midsummer Night’s Dream for Morpheus and a most rare audience.

The other two tales, “A Dream of a Thousand Cats” and “Façade,” are genuine short stories that do not feed into the larger epic; in fact, Death’s (Kirby Howell-Baptiste) speech about locking up the universe at the end of all things in episode 6 comes directly from “Façade,” suggesting co-creator Neil Gaiman and fellow executive producer Allan Heinberg decided early on to leave that story to the realm of comics.

There are also a handful of interlude tales between “Seasons of Mists” and “A Game of You” that could appear in the second season, including “The Song of Orpheus” — the account of Morpheus’s son — and a tale of Lady Johanna Constantine (also Coleman) in the French Revolution. Although, as many of these stories offer little more than extra insights into the characters and some added texture, it is unclear if they will adapted at all. Then again, so much of what Sandman so great is that texture, even if it it does not fit into modern television conventions. All that said, “The Song of Orpheus” will likely appear in some fashion for reasons that will become clear in three or four years’ time.

Additionally, it is hard to predict just how these interludes will fit into the series should they be adapted. “A Midsummer Night’s Dream,” for example, should occur before “Season of Mists” begins as members of the play’s audience become players themselves (at least by proxy) in the subsequent story. Then again, it’s just as easy to introduce them before the interlude and get a different appreciation for the characters as a consequence. But, that’s assuming episode 6 will again serve as a place between two larger stories and adapt two issues of the comic book. That format may not be as readily available in season 2. 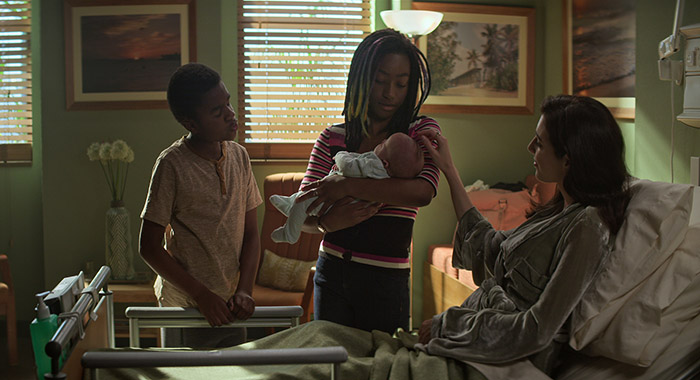 The show also offers some new places for the story to go. The one we find most compelling is Rose, Lyta Hall (Razane Jammal), Jed (Eddie Karanja), and Hal (John Cameron Mitchell) living together in New Brunswick, New Jersey, and raising Lyta’s baby together. Both Rose and Lyta never completely leave the comic book, but the final moment with all them together in season 1 creates some potential new territory as the group attempts to find a new normal, Rose possibly sees her book published, and trouble somehow finds them. Although, part of that trouble would absolutely require “A Midsummer Night’s Dream” to be adapted early in season 2.

Another new avenue may emerge from Matthew the Raven’s (Patton Oswalt) inability to recall who he was in his mortal life. Back in the comics, Matthew had full possession of his memories and was; in fact, the soul of Swamp Thing’s Matt Cable – a good man turned cruel by the events of that series and seemingly given a chance to make amends (after a fashion) as Morpheus’s raven. But considering the pains the television show makes to remove much of its DC Universe elements (note that the DC heroes exist as comic book and cartoon fodder in the television series instead of being real-life people alongside Rose and Morpheus), it is possible Matthew’s mortal life was very different. At the same time, the willingness to give Johanna almost all of John Constantine’s backstory means Matthew may find he was a version of Matt Cable in this telling of the tale. Either way, a chance for the raven to discover what sort of life he lived would be a worthy story. 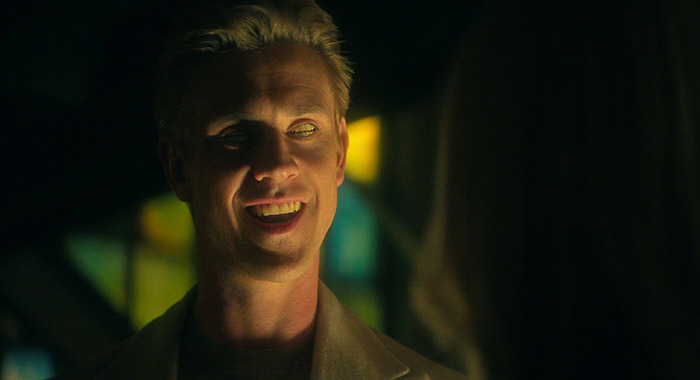 One last possibility: Morpheus’s decision to hand off the Corinthian’s (Boyd Holbrook) skull to Lucienne (Vivienne Acheampong) instead of locking it away in a treasure chest alongside curious other treasures (like the original city of Baghdad) may indicate the nightmare will find his way back into the story in a very surprising way. But, perhaps, we’ll only learn about that in our dreams.