The Predator Is a Disappointment

Plus, A Simple Favor is twisty fun, White Boy Rick is well-acted but flat, Mandy is Certified Fresh, and BoJack Horseman and American Vandal return in stellar form.

This weekend at the movies, we have survival of the dreadlocked fittest (The Predator, starring Olivia Munn and Boyd Holbrook), a mommy blogger on the trail of a mystery (A Simple Favor, starring Anna Kendrick and Blake Lively), a war veteran’s search for peace (Unbroken: Path to Redemption, starring Samuel Hunt and Merritt Patterson), and the incredible — yet ultimately cautionary — tale of the FBI’s youngest-ever informant (White Boy Rick, starring Matthew McConaughey and Richie Merritt). What are the critics saying? 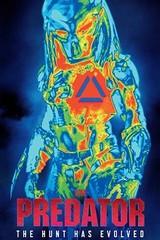 Some franchises evolve naturally, with a story that lends itself easily to follow-up chapters, while others are a little more difficult to will into being, no matter how tempting the box office receipts might be. The latter has always been the case for the Predator movies, which have offered a case study in diminishing returns since the beefy fun of the first installment; whether facing off against Danny Glover, Adrien Brody, or even Xenomorphs, these nasty-looking intergalactic big game hunters have never been quite as much fun as they seemed in 1987. This weekend’s franchise reboot — suitably titled The Predator — was supposed to change all that with an adventure that brought the big guys back to Earth for a hunt that echoed the original while upping the ante in various ways. With director/co-writer/Predator vet Shane Black at the helm, and an ensemble cast that includes Sterling K. Brown, Olivia Munn, and Jacob Tremblay, it looked like a solid blend of top-shelf talent and genre thrills; unfortunately, the disappointing reality is more of a noisy muddle that fails to clear the bar set by the first film — or even 2010’s space-set Predators. Critics say The Predator has its moments, but they’re neither plentiful nor impactful enough to ever be as much fun as they ought to be. If the past is any indication, we may very well see a sequel at some point, so here’s hoping that one hits closer to the mark; in the meantime, this is one would-be franchise revival that needs to get to the choppa. 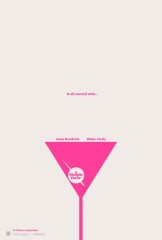 From Poltergeist to Desperate Housewives and beyond, filmmakers have used well-groomed suburbs as a deceptively placid mask for countless types of nastiness, so on the surface, A Simple Favor — starring Anna Kendrick as a blogger determined to uncover the truth behind the disappearance of her friend (Blake Lively) — might seem to be another variation on a familiar theme. On the other hand, it also has a terrific cast (rounded out by Jean Smart and Crazy Rich Asians star Henry Golding), a talented director at the reins in Paul Feig, and a script adapted from the Darcey Bell novel by American Horror Story vet Jessica Sharzer. Critics say all that talent makes all the difference for a movie that adds up to a fairly delightful — and delightfully ridiculous — mommy noir, with all the plot twists, dark humor, and beautiful people audiences might expect. It isn’t the most high-profile wide release of the weekend, but filmgoers who aren’t absolutely intent on seeing alien blood spilled may want to do themselves this Favor. 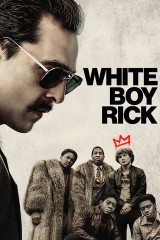 Richard Wershe Jr. became an FBI informant at the age of 14, ended up in jail for selling cocaine before he turned 20, and has endured further painful scrapes with the law since being paroled in 2017. It’s a grim story tinged with sensationalism, which makes it somewhat surprising that it took until now for it to reach the big screen in the form of White Boy Rick. Starring Richie Merritt as Wershe and Matthew McConaughey as his father, this Yann Demange-directed drama seeks to highlight the surreal aspects of the story while also making it clear that his economic background — and a judicial system stacked against non-violent drug offenders — are tied into much broader problems in America, and while that’s certainly an admirable goal, critics say it can make for a somewhat less than satisfying viewing experience. Although Merritt and McConaughey have both received their share of praise for their performances, White Boy Rick can’t quite reconcile its domestic drama elements against its social commentary components, and in presenting Wershe as a sympathetic product of unusual circumstance, the story undermines some of its own points. It isn’t without its strengths, but this is one fascinating real-life story that isn’t always well served by its dramatization. 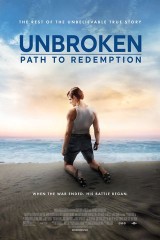 With 2014’s Angelina Jolie-directed Unbroken, audiences were offered a dramatized version of the stranger-than-fiction real-life saga of Louie Zamperini, an Olympic runner and U.S. Army officer who survived against incredible odds — and through unconscionable treatment — as a prisoner of war during World War II. As incredible as the events depicted might have been, they only told part of Zamperini’s story, an oversight that this weekend’s Unbroken: Path to Redemption seeks to correct. Dubbed a “spiritual sequel” and starring a completely different cast, this chapter focuses on Zamperini’s (Samuel Hunt) struggles after the war, as well as the religious awakening that helped him let go of the past. It’s an undeniably inspiring tale, but critics say the film version — directed by Harold Cronk, who brought the similarly faith-focused God Bless the Broken Road to theaters last week — preaches ham-handedly to the choir with a screenplay that fails to find much relatable drama in Zamperini’s journey in spite of Hunt’s best efforts. Evangelically inclined filmgoers will likely be comfortable ignoring the reviews, but for everyone else, this is one life that’s still better summed up in the pages of its bestselling source material, Laura Hillenbrand’s Unbroken: A World War II Story of Survival, Resilience, and Redemption.

BoJack Horseman continues confidently down the thematic rabbit hole with a fresh and poignant season that’s as devastating as it is hilarious.

American Vandal trades one type of potty humor for another in an ambitious second season that manages to double down on the explicit gags while subtly addressing serious social issues.

Sean Penn gives an intensely poignant performance as the driven but conflicted Tom Hagerty in The First‘s rather slow-moving first season.