The Handmaid’s Tale Fans React to That Cliffhanger 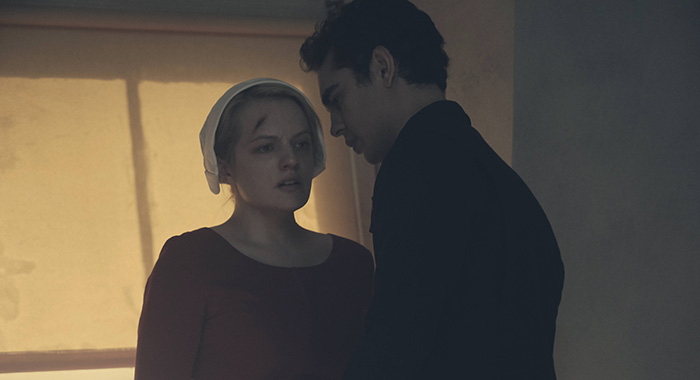 The season 1 finale of The Handmaid’s Tale that aired Wednesday left fans deep in their feelings with burning questions and the nagging sense that Margaret Atwood’s dystopian America where women have no rights is uncomfortably plausible in the here and now.

Below are some of Twitter’s best reactions to the season finale. 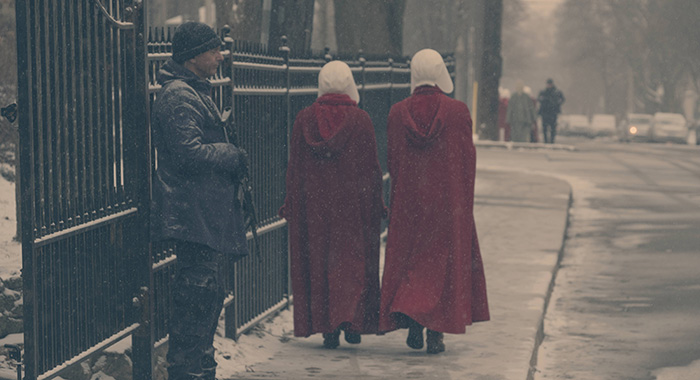 One of the more pervasive themes in Hulu’s adaptation of Atwood’s classic is the idea that the country went to hell right before our eyes. Twitter couldn’t help comparing the plight of Offred (Elisabeth Moss) — formerly “June” — and her fellow Handmaids to the political climate in the U.S. and abroad right now.

Weekly reminder that Atwood's rule in writing #handmaidstale was to only include things that have happened/are happening to women IRL. pic.twitter.com/u61JEdBvPT

Watched "The Handmaid's Tale" finale. I can't believe we have to wait until the Senate votes on health care to find out what happens next.

As an aside, U.K. viewers, who are a few episodes behind, nevertheless echo that same sentiment.

Watching this episode of #HandmaidsTale in the same week the Tories admitted they'd curtail women's rights to cling on to power is scary.

The juxtaposition of watching the finale of #HandmaidsTale and a potential Cosby deadlock/acquittal has me raw, angry and ashamed.

EMOTIONS, TAKING ME OVER 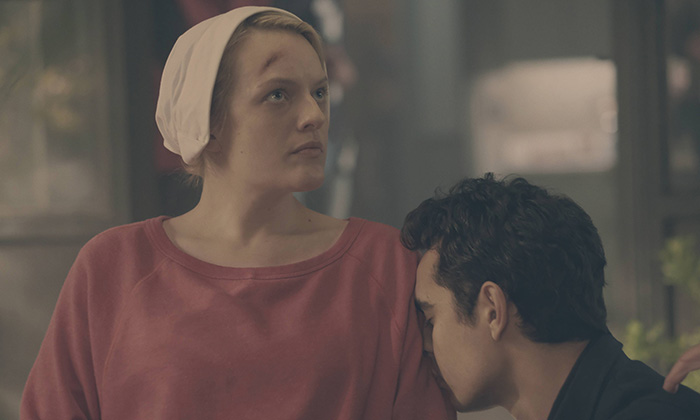 Politics aside, fans applaud The Handmaid’s Tale for the performances of lead actress Moss and Samira Wiley, who plays Offred’s defiant best friend, Moira. Both women had wide-ranging, emotional stories this week, and, along with several other both empowering and devastating scenes, they’ve led folks to tweet their feelings.

First, the Peggy strut. Now, Elisabeth Moss delivers another iconic, badass walk on the A+ season finale of The #HandmaidsTale pic.twitter.com/JLpBIJGXbr

If Elisabeth Moss didn't earn herself an Emmy for the finale of #HandmaidsTale, then cancel television. What a startling, wonderful finale.

No spoilers, but goddamn @samirawiley made me burst into *very hard* and *very sudden* sobs in that #HandmaidsTale finale. What an actress.

OMG literally cried at @samirawiley's "list of family?" line. Her acting chops in the whole finale of #HandmaidsTale was ??????????

Amid all the torture and suffering the women of Gilead suffered last night were a few choice lines that will undoubtedly make their way into our collective lexicon, at least if Twitter has anything to say about it.

"They should've never given us uniforms if they didn't want us to become an army" yasss #HandmaidsTale come thruuuu @HandmaidsOnHulu pic.twitter.com/HPA6v2kRHo

"They should have never given us uniforms if they didn't want us to be an army". @HandmaidsOnHulu pic.twitter.com/oV8bZkYryT

"They shouldn't have given us uniforms if they didn't want us to be an army." Most powerful line this entire season. #HandmaidsTale

"Praise Be Bitch" is the new "Yas Queen." #HandmaidsTale finale was superb!

Season 2 has yet to begin production, but fans desperately want it to resolve that killer cliffhanger ending. In the meantime, we can give Atwood’s novel a deep read while we ponder her message for the future.

I can't believe we're all gonna have to wait a whooooooole year to see what the heck happened to June #handmaidstale pic.twitter.com/LKtFB0F6uK

WOW!!!! #HandmaidsTale finale was spectacular. What an amazingly horrific season. Can't wait to see what's next.

I want to talk about #HandmaidsTale so much that I'm ready to just stop people on the street like, "Have you seen the season finale?!"

Fans of #HandmaidsTale, I beg you to read the book. No spoilers for the brilliant show- everyone deserves to experience how this novel ends.

Have your own thoughts about that finale? Tell us in the comments!

The Handmaid’s Tale season 1 is available to stream on Hulu.