Early social reactions to the first episode of The Falcon and the Winter Soldier predict a big hit, with Anthony Mackie and Sebastian Stan given room to flesh out their characters, exciting action, and a cinematic feel.

The Falcon and The Winter Soldier is the next Marvel Studios series to touch down on Disney+, hitting the streamer on Thursday, March 19. Continuing the Captain America storyline, the program finds the unlikely team-up of Steve Rogers’ closest friends Sam Wilson (Anthony Mackie) and Bucky Barnes (Sebastian Stan) — a.k.a. the Falcon and the Winter Soldier. By the looks of things, the highly-anticipated show will be filled with loads of drama, intrigue, and rollicking action – at least according to initial social reactions from critics and journalists who have seen the first episode. The chemistry and throwback buddy cop-style banter even delivers some fun nostalgic Lethal Weapon feels. Altogether, this sounds like the perfect formula for some MCU goodness. But does the continuation of the Avengers story live up to the hype?

Here’s what critics are saying about The Falcon and The Winter Soldier‘s first episode on social today:

IS IT WORTH THE WAIT?

The first episode of The Falcon and the Winter Soldier is exactly what you think it’ll be, but that’s not a bad thing. If you like this world and like these characters, you will like this. It’s exactly what’s been advertised: more Marvel, but shaped like a television show now. – Jacob Hall, SlashFilm

The Falcon and the Winter Soldier is centered around my two least favorite characters in the MCU. While I wasn’t exactly blown away by the first episode, I will fully admit that it kept my interest and made me want to come back for seconds. I’m intrigued.#FalconAndWinterSoldier.- Scott Menzel, We Live Entertainment

Saw the first episode of FALCON AND THE WINTER SOLDIER. So far so good? Tough to tell after one episode, but I’m a huge Falcon fan so I’m glad this exists.- Mike Ryan, UPROXX

Exciting news: The Falcon And The Winter Soldier gets off to a kick-ass start with its first episode. Its high-flying action is perfectly worthy of the MCU, and the emotional stakes are set up well. It also has some cool surprises in store, so be spoiler-phobic!- Eric Eisenberg, Cinemablend

HOW LONG WILL THE EPISODES BE? 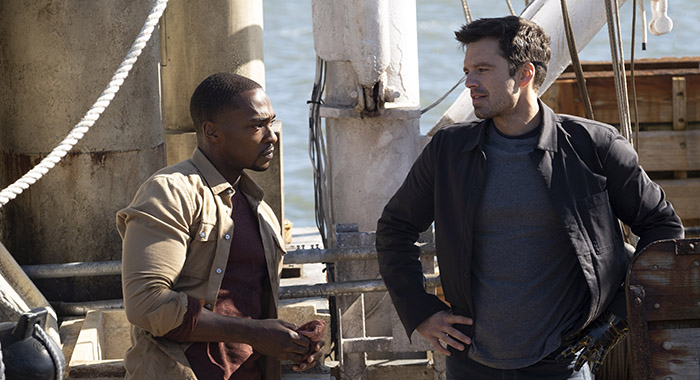 Looking forward to diving more into these two incredible heroes! @falconandwinter episode 1 is 48 glorious minutes and ends with a WHAT moment! – Tessa Smith, Mama’s Geeky

Also, I’m not sure if this excites anyone but me but it’s a long episode (I think nearly 50 minutes) coming off most of the other original Disney+ shows which have (for the most part) hugged that 30 minute runtime (before the extra long credits). Hoping that continues. – Peter Sciretta, SlashFilm

HOW DOES IT FIT INTO THE MCU? 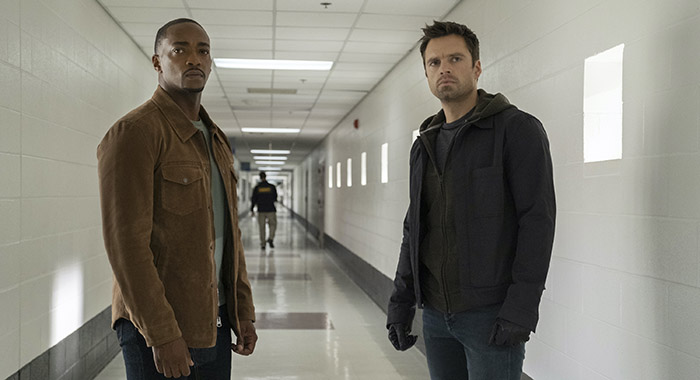 First episode of Falcon and The Winter Soldier feels like a Marvel movie in a big way, a lot more so than Wandavision (not a knock). – Peter Sciretta, SlashFilm

Saw 1st ep of @disneyplus & @MarvelStudios’ #TheFalconAndTheWinterSoldier and -as a HUGE fan of 2014’s CAPTAIN AMERICA: TWS- am happy to report this is a return to that grounded, more human glimpse into the MCU. – Max Evry, ComingSoon.net

#TheFalconAndTheWinterSoldier has some really touching ties to the MCU and those are some of my favorite parts of Episode 1… References to other characters, questions about the Avengers, the world’s view of Endgame storylines… some small-scale, fun MCU world building. – Brandon Davis, ComicBook.com

Sure, it’s totally different than #WandaVision, but “Falcon and the Winter Soldier” holds to the Phase 4 recurring theme: the real damage from #Endgame was the emotional trauma. – Amy Fulcher, Fandango

HOW EPIC IS THE ACTION? 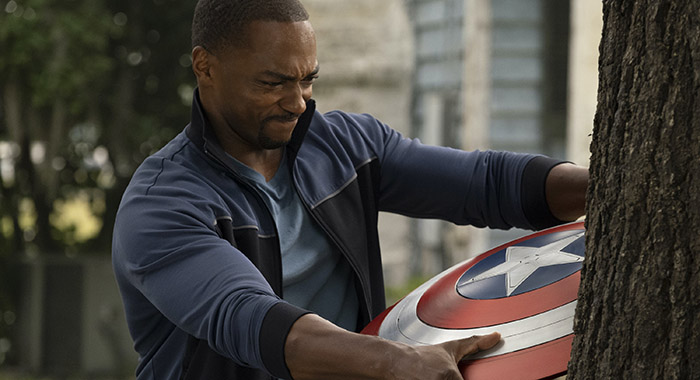 The opening action screen feels like a huge MCU action sequence (and not a tv fight), story feels like it has significant MCU consequences. – Peter Sciretta, SlashFilm

If FALCON AND WINTER SOLDIER is content to be just a fun action romp full of juicy Marvel world-building, the first episode is certainly promising. But considering the talent behind the camera, I suspect/hope for a wild left turn. – Jacob Hall, SlashFilm

I’ve watched the first episode of #TheFalconAndWinterSoldier & it’s solid. Definitely more somber & dramatic at the start than I was expecting (which is a good thing), but also features the best Falcon action we’ve seen yet. Good mix of fights & story. I’m sold & hungry for more. – Erik Davis, Fandango

The first episode of #TheFalconAndWinterSoldier is loaded with action that you’d expect to see in an MCU movie. – Steven Weintraub, Collider

If the first episode of The Falcon and the Winter Soldier is any indication of the whole season, fans are in for an action packed treat! – Tessa Smith, Mama’s Geeky

DO ANTHONY MACKIE AND SEBASTIAN STAN MAKE A GOOD TEAM?

Mackie and Stan bring new emotional depth to #BuckyBarnes and #SamWilson as they try to redefine themselves outside of Cap’s legacy. – Charles Murphy, Murphy’s Multiverse

Oh hey I guess I can say I’ve seen the first episode of #FalconAndWinterSoldier? Probably more character development for these 2 characters in these 45 minutes than the previous 10 films. – Josh Horowitz, MTV News

#FalconAndWinterSoldier shows a side of Sam & Bucky that we’ve never seen before as they try to adjust to a world w/o Cap, dealing with real human issues that prove unless you’re an A-lister, things are a bit more complicated on the ground. Mackie & Stan are both phenomenal! – Rohan Patel, ComicBookMovie.com

But for me the best stuff were the quiet scenes that showed Bucky dealing with his past and Falcon trying to figure out his post-blip life. Big thumbs up. – Steven Weintraub, Collider

The first episode of The Falcon and The Winter Soldier will premiere on Disney+ on Thursday, March 19.