The Enduring Appeal of the Rom-Com: How Netflix's To All the Boys Evolves the Genre

As the popular trilogy comes to an end this week, we talked to its director, original author, and even an online dating coach to figure out why the genre is still so popular.

On February 12, Netflix will release To All the Boys: Always and Forever. It’s the last in a trilogy of films based on author Jenny Han’s young adult novels, which follow the starry-eyed Lara Jean Covey (Lana Condor) as she accidentally — and then on purpose — falls in love with her perfect suitor (or, at least as perfect as a high school relationship can be).

The films are extremely popular. The first two, which were released in 2018 and 2020, have respective Tomatometer scores of 96% and 75% and are both Certified Fresh. Fans became obsessed with Yakult, the so-called “Korean yogurt smoothie” that Lara Jean and her family drink in the films, and they especially became captivated with Noah Centineo, the actor who plays love interest Peter Kavinsky. In doing this, To All the Boys has followed in the tradition of other rom-coms – some of which it actually references, like Always and Forever’s re-creation of John Cusack’s boom box moment from 1989’s Say Anything … – in crossing the line from being a sweet flick to an endearing part of pop-culture canon. 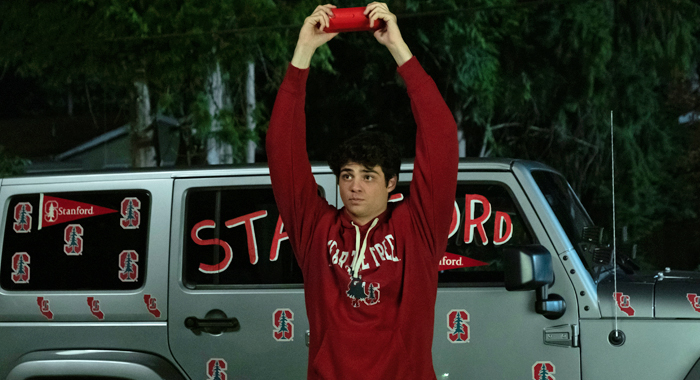 “I think that people crave conflict, but not too much conflict.”

But why are some rom-coms so addictive?

“I think that people crave conflict, but not too much conflict,” Han says. “When the outside world is so tumultuous, people don’t necessarily want to be stressed out when they’re watching a movie, and they have a couple of hours just to relax… Because, ultimately, regardless of whether the two people get together in the end — which they usually do, but not always — you know that it’s still going to be like an optimistic ending.”

This is further confounding because these movies’ viewpoint is diametrically opposed to the way more people have reportedly begun to feel about monogamy. Marriage rates have been dropping for years for a number of reasons and a pre-coronavirus report from the Pew Research Center found that “fewer than one-in-five U.S. adults say being married is essential for a man or a woman to live a fulfilling life.” 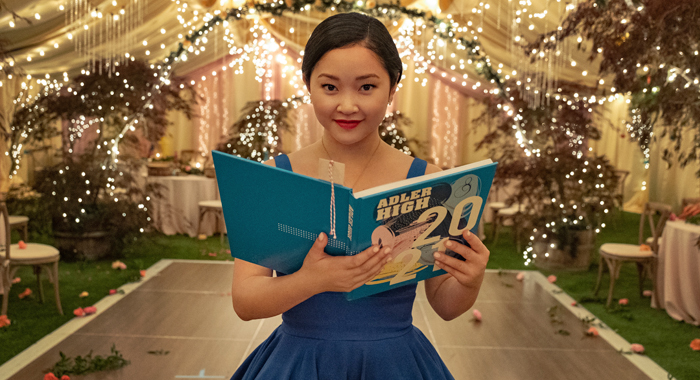 And yet, just because people are more woke to the complexities of modern-day relationships doesn’t mean that they haven’t traditionally been eager to watch something light and fun.

Cobb says that while “their popularity waxes and wanes over time” these films stick in the zeitgeist because of the promise of “the comfort of predictability, the satisfaction of a happy ending, and the comedy.”

“Rom-coms, like mainstream teen films, female friendship films, bromance films and others, are ‘feel-good films,’” Cobb says, adding that “even if the relationships on screen don’t look exactly like your own, we know what it’s like to love and hate people in our lives and to be sad and be happy because of those people.” 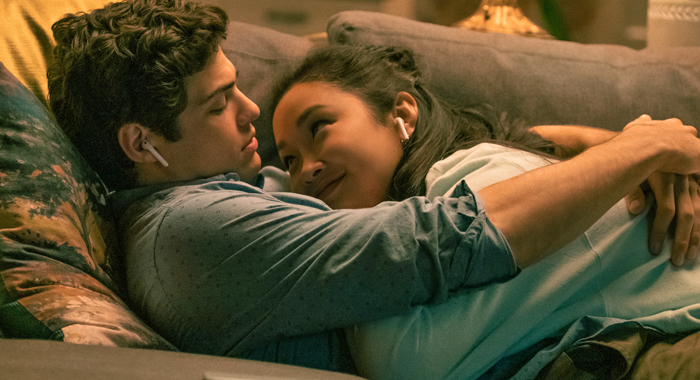 “People have this pressure that they have to find the one.”

But does the genre also bring with it a risk of false hope? Are some movie-goers who relate to To All the Boys’ Lara Jean raised to obsess over meet-cutes and promposals? (And then perhaps feel depressed if things don’t work out that way in real life?)

Julie Spira, a Los-Angeles based matchmaker and online dating coach who runs CyberDatingExpert.com, says she still has clients who “expect me to have this digital magic wand that, you know, within three days or three weeks, they’re gonna find the one.”

It’s also helpful that the genre of romantic comedies is expanding. These films are increasingly more queer inclusive (see 2018’s Love, Simon or 2020’s Chemical Hearts and Happiest Season, for example) and To All The Boys is one of many recent examples that strove for racially diverse casts. 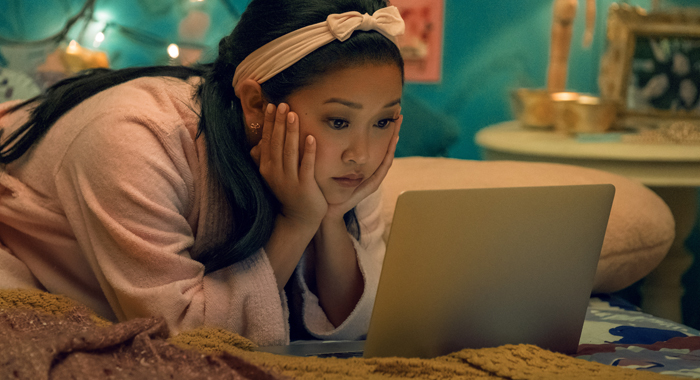 This series also makes a point of telling the story of a teen girl – not a couple.

Michael Fimognari, who directed the second and third To All the Boys movies and was the cinematographer on the first one, says that while the films’ plots have included a love triangle and will they/won’t they dynamics, the intent of the filmmakers was always to “show the full Lara Jean Covey story” and that “it was always about her dealing with being in a real relationship.”

Fimognari came to these films after a career that included a lot of horror titles – another genre that’s seen a shift in recent years – and says that “maybe, you know, 30 years ago, rom-coms could get made on the big studio level and get put out and you had [names associated with them like] John Hughes and you have these big theatrical releases with stars.” Now, he says, streaming services like Netflix have “thrived on being able to allow people to see the movie they want to see.”

But does this coalesce with what the viewing public expects for its own life?

Dating expert Spira says a focus on commitment-free courtships had a moment, but since COVID-19 locked people indoors, “singles are saying that they’re looking for a meaningful relationship, a long-term relationship, more than ever.”

“I’m very curious to see if that will continue as things open up,” she says. “I have a feeling it will, because peoples’ brains have been rewired into thinking that they want one meaningful person to spend your life with, or at least during a crisis.”