Superfly's Trevor Jackson on Updating a Blaxploitation Classic, And Finding His Joe Pesci

The rising star says this new take is equal parts '70s swagger and 2018 Atlanta with a Martin Scorsese flair. 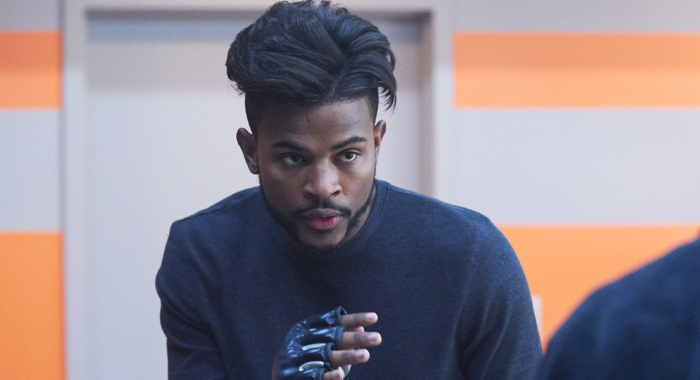 Blaxploitation films had a healthy run at the box office in the 1970s. As they earned cash and sometimes acclaim, films like Blacula, Coffy, Foxy Brown, Dolemite, and The Mack gave us some of the first cinematic examples of black characters taking center stage. Filmmakers like Ossie Davis and Melvin Van Peebles took the urban landscape and molded it into a new genre of filmmaking. They also inspired generations to come as they did. This year, Director X revamps the formula for his feature debut, a remake of 1972’s critically lauded Blaxploitation film, Superfly. Harkening back to urban classics like Belly and Paid in Full — while also paying homage to Scorsese mob hits like Goodfellas and Casino — Director X’s new Superfly pulls from many quarters, even as it marches to a very 2018 hip-hop beat.

In this reimagining, we move from Harlem to Atlanta, and the world of pimps is switched out for a cryptocurrency-fueled drug trade where we follow Priest, a streetwise hustler who has a mind for the game but too big a heart to stay in it. Played by Trevor Jackson, Priest keeps things clean and has amassed a quiet empire outside of law enforcement and other dealers’ crosshairs, but when a rival gang attempts to take control from him out of spite, he resolves to pull one last job and sail off into the sunset with his crew. Backing him is his mentor Scatter (Michael K. Williams), his two loves Georgia (Lex Scott Davis) and Cynthia (Andrea Londo), and his right-hand man, Eddie (Jason Mitchell). With a southern rap-laced soundtrack and music-video stylings, Superfly is unapologetically ATL, and Jackson and Mitchell give Pesci and De Niro a run for their money in the chemistry stakes. We sat down with star Jackson, who some might recognize from TV’s Certified Fresh grown-ish. He broke down the fight sequences, talked about shooting in Atlanta, and revealed why he is still heartbroken that he’s not on the movie’s soundtrack.

Jacqueline Coley for Rotten Tomatoes: There is a ton of action and fight choreography in this – walk us through the process of getting ready for all of that.

Trevor Jackson: Well, I’ve been doing martial arts since I was about 11 years old, a martial art called Capoeira. That definitely helped. And beforehand I had to train, for about two weeks, with amazing trainers. Our stunt coordinator is amazing. He worked on James Bond and Iron Man. He’s incredible.

RT: I figured it was your Broadway dancing experience that gave you expertise! I’m guessing you had some input on the fight sequences.

Jackson: Definitely. The stuff that made more sense for my body type and just the way I would move, being in those situations. If I wasn’t as good with my left hand, we’d change it to my right. [Each time] I was able to find the best-looking moves for sure.

RT: The Blaxploitation influence is clearly here in Priest, but the film has definitely been updated for modern audiences. Can you talk to us about how you guys worked on updating the character?

Jackson: When I was creating the character, even when auditioning, I did this accent and I didn’t even really know what it was. I asked before we started filming… I was like, “Do you guys like the accent?” They were like, “Whatever you did, do that.” I wanted him to obviously be from the South. He didn’t necessarily have to be from Atlanta, maybe from Louisiana or St. Louis. I just wanted to give him that essence. I was trying to find the balance between somebody I was afraid of, and also someone that I wanted to be friends with. Priest is that perfect balance. You don’t want to really cross him, but you also think he’s a cool guy and you understand his heart. Character-wise, I tried to bring myself into it. Obviously, I’m in this generation, so I carry myself that way to keep him relevant. Then everything that happened, it just worked. It wasn’t over-planned. We just went into it, and it made sense. And those are the best projects to work on.

RT: Did you watch the original?

Jackson: I had seen the original when I was younger, and then I rewatched it. I only watched half of it when I was auditioning, only because I didn’t want to redo anything that Ron O’Neal did. He’s such a legend, and I wanted to leave this performance untouched and not try and mimic that at all. And the nature of this whole film was preaching love for his counterparts — for Georgia, for Cynthia, even for Eddie. These people that made him who he was. They were his driving force throughout the whole movie. 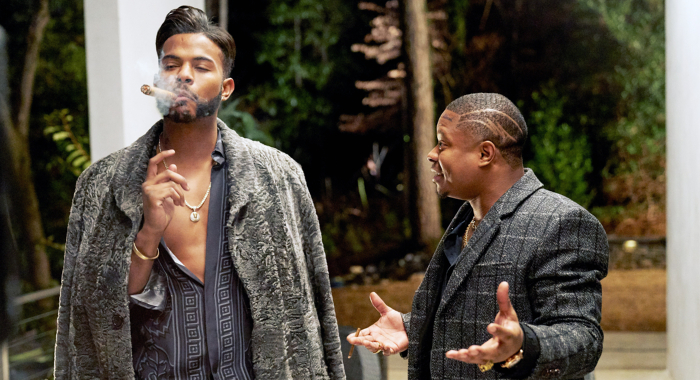 RT: I’m glad you brought up Eddie because Jason Mitchell – I love everything he was doing. I mean, he’s your Joe Pesci!

Jackson: Absolutely. We talked about that every day on set; we’re like, “That’s what this is, man.” Definitely Goodfellas. Definitely Casino. And you need to balance that. You need the guy that’s ready to go gung-ho and kill everybody, and you need the guy that says, “Calm down.” And the balance of that is the perfect way to handle any situation. The best part about it is that we didn’t have to try and develop a relationship. It literally just happened. The first day we were reading each other and the second day we were closest of friends. I felt like I’ve known him forever. Just the way that we’ve been able to communicate and agree on so many different levels. And Michael K. Williams is similar to Jason and I. We’re just real people. Nobody’s egotistical. Nobody’s trying to outdo anybody. We just want to do great work, and I think that’s what we did.

RT: Moving onto your two love interests… This is one of the first urban polyamorous relationships I’ve seen on the big screen.

Jackson: In today’s day and age, everybody’s doing everything, right? But it was just a cool way to show how this relationship works — how any relationship could work — with communication. You could see that these three people have that communication and they understand each other, they need each other. That’s what makes them work or makes them click. It shows that side of it. And it’s also very sexy.

RT: The movie really just drips with the city of Atlanta, where you shot. Tell us about what you pulled from being down there.

Jackson: I think the elements of fashion. The clothes, the cars, even my hair is very Atlanta.

RT: I’m glad you mentioned the hair because we’ve gotta talk about this hair. Was it a blessing or a curse? I’ve talked to a lot of actors who say when they’ve got really stylized hair for a role that it’s sometimes a little bit of both. How did you feel about it?

Jackson: It’s a blessing. Me and X went back and forth on the hair, asking, were we gonna do straight hair, or braided, do curly? I kept really pulling for the straight hair because I was like, “I hate to see any remake without some sort of resemblance to the old movie.” And I think that this had a perfect balance. It didn’t go all the way retro with the long hair but kept it straight and tried to modernize it a little bit. 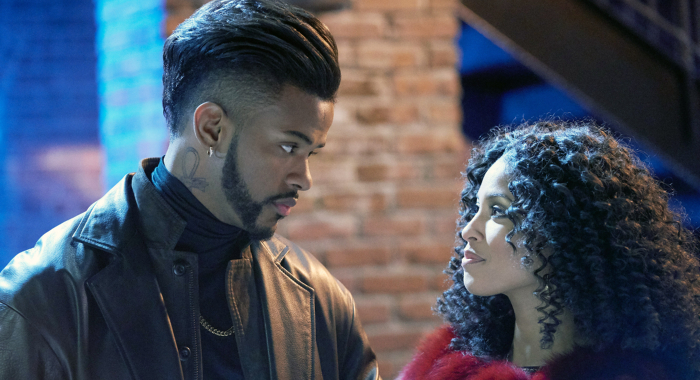 RT: Not giving anything away, the film centers on your character’s ‘one last job.’ If you were pulling your last job, what’s your dream getaway location? Where are you going with your big payday once you’ve pulled it off?

Jackson: Go to Hawaii. That’s my dream place. Fly to Hawaii. Get a house. Surf every day until I die.

RT: You are going to premiere at the African Black Film Festival in Miami. Which scene are you most excited to see with that audience’s reaction? This is a film that begs the audience to shout things like, “No, don’t go there!”

Jackson: I really look forward to all the fight scenes. Those are definitely my favorite. But I think the most exciting thing will be the cop beat down. I can’t wait for everyone to see that, and it’s just an empowering thing. It’s just, we’ve never seen that because anybody that tries to do that, or does that, is gonna get murdered. Right? So it’s just nice to see that on screen, and it’s what everybody sometimes wants to do.

RT: You’re also a recording artist. They didn’t manage to rope you into doing the soundtrack?

Jackson: I was so mad about that. Don’t even get me started. I was so mad about that! Before we even started filming, I wanted to do it, and then it just didn’t happen. I was like, “All right, cool.” But I made a record for the movie that didn’t get on to the soundtrack. So in rebellion, I’m making a music video for it. (Laughs)

Superfly is in theaters June 15 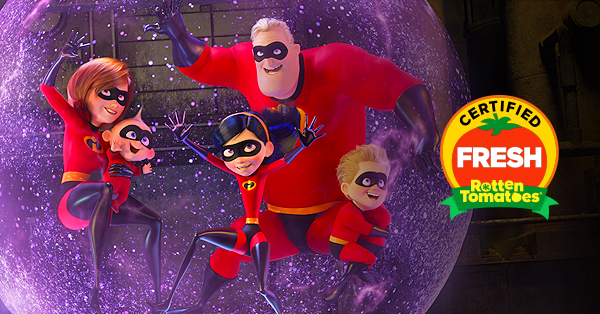 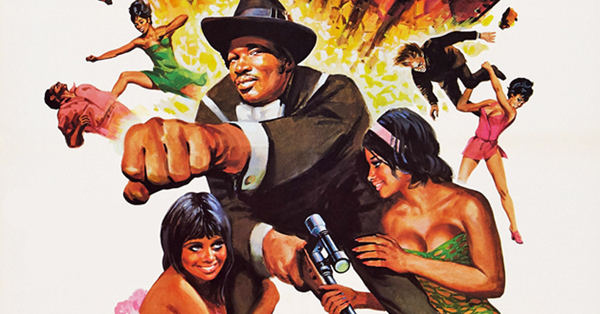 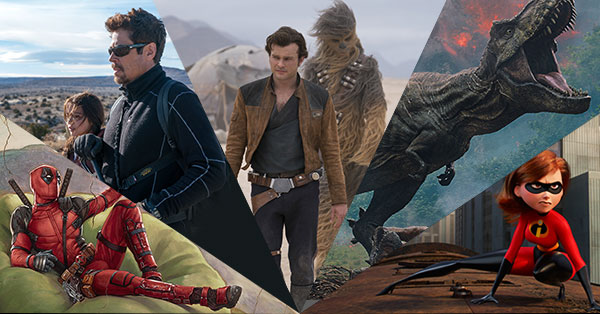