Suburbicon Is a Stale Satire

Plus, Thank You for Your Serviceis a sobering drama, Stranger Things season 2 is Certified Fresh, and guess Jigsaw's Tomatometer.

This weekend at the movies, we have the latest directorial outing from George Clooney (Suburbicon, starring Matt Damon and Julianne Moore), a war drama that follows its protagonists from the front lines to the homefront (Thank You For Your Service, starring Miles Teller and Haley Bennett), and the revival of a once-ubiquitous horror franchise (Jigsaw, starring Matt Passmore and Callum Keith Rennie). What are the critics saying? 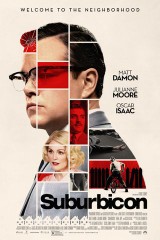 George Clooney and the Coen brothers have made Hollywood magic together on more than one occasion — from O Brother, Where Art Thou? to Intolerable Cruelty, Burn After Reading, and Hail, Caesar!, whenever you see their names together, it’s a pretty reliable indicator that you’re in for a fun time at the movies. They’ve reunited for Suburbicon, with a twist: this time out, Clooney’s in the director’s chair, working from an older Coens script that he polished with his longtime collaborator Grant Heslov — and unlike their previous projects, it’s far less of a goofball laugher. Instead, this dark comedy stars Matt Damon as a ’50s suburbanite embroiled in a murder mystery that’s unraveling while the neighborhood is up in arms about a black family moving in — all ingredients that Clooney and the Coens have made effective use of before. Here, however, critics say the plots feel awkwardly jammed together, and the end result is a movie that’s fatally undermined by tonal inconsistencies that serve to highlight the flaws in that long-shelved screenplay. Less than the sum of its impressive parts, Suburbicon seems destined to become an unloved footnote in the filmographies of all parties involved. 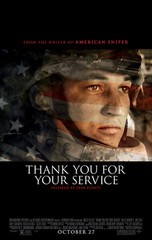 For decades in Hollywood, soldiers were treated more or less like action heroes, with noble adventures whose broader implications — and aftereffects — weren’t cause for concern after the closing credits. In more recent years, however, it’s become far more common for movies to delve into what it means to be a soldier, and how difficult it can be to grapple with one’s actions on the battlefield once your tour of duty is over. Writer-director Jason Hall adds to that tradition with Thank You for Your Service, which stars Miles Teller as one among a group of veterans who return from the war in Iraq to discover that their time in the emotional trenches is just beginning. It’s far from feel-good entertainment, in other words, but the story’s nothing if not timely — and critics say Hall and his cast honor real-life veterans with an admirably straightforward drama whose quiet, grounded approach to depicting post-traumatic stress disorder only augments its power. This definitely isn’t the easiest watch among the new arrivals at the cineplex, but if you’re searching for something thought-provoking at the theater this weekend, start with Service. 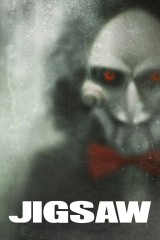 Between the 2004 original and 2010’s Saw 3D, the Saw franchise was an annual institution for horror lovers, with an increasingly elaborate mythology to match the wickedly inventive (and frequently lethal) traps that sent a long list of victims screaming over the edge. Diminishing returns brought the saga to its alleged end with the seventh installment, but no film series stays dead for long anymore — and with this weekend’s Jigsaw, the Saw franchise gets its own stab at reinvention. This time around, police investigators are faced with a spate of new murders that seem to fit the Jigsaw killer’s M.O.; while they race against time to catch the culprit (or culprits), the killings pile up, presumably laying the groundwork for a new era of Saw movies along the way. Obviously, it remains to be seen whether audiences will turn out in sufficient numbers to justify any sequels — and unfortunately, we know just as little about how the critics will react to Jigsaw, because it wasn’t screened in advance. While we wait, let’s make do with a round of Guess the Tomatometer… which is still a lot more fun than trying to extricate yourself from one of those gross traps.

Stranger Things‘ slow-building sophomore season balances moments of humor and a nostalgic sweetness against a growing horror that’s all the more effective thanks to the show’s full-bodied characters and evocative tone.