What’s the Hellfire Club? Stranger Things Season 4 To Reveal All

It’s the title of the first episode of season 4 for the Netflix drama. Plus, Friendsgiving hits the big screen, Live in Front of a Studio Audience lives again, and more of the week's top TV news.

The world celebrates Stranger Things Day, Live in Front of a Studio Audience lives again, network Pope-off lies ahead, and more of the week’s top TV news, trailers, and castings.


Stranger Things fans know, of course, what November 6 is: it’s Stranger Things Day, because it’s the anniversary of when Will Byers disappeared into the Upside Down. To mark the occasion, the show’s writers did something perfectly not strange, and very welcome, for fans, when they revealed the title of the first new episode of the show’s upcoming fourth season. Like the headline said, it’s “Chapter One: the Hellfire Club.”

Need visual proof? Here’s the tweet from the official Twitter of the series’ writers, which includes the message, “looking for new members … are you in?”

looking for new members… are you in? pic.twitter.com/P1xAWNUPss

The account also shared multiple blooper reels from seasons 1, 2, and 3 and even a happy birthday shout-out to one fan who nicely requested it. Sadly, other than that script title page, no other hints about the next season were proffered by the writers.

So let the wild fan speculation begin about what Hellfire Club will mean for the Hawkins townsfolk in the season ahead, whenever that season will drop (Netflix has not yet announced a season 4 premiere date).

HOLIDAYS WITH THE BUNKER AND EVANS FAMILIES 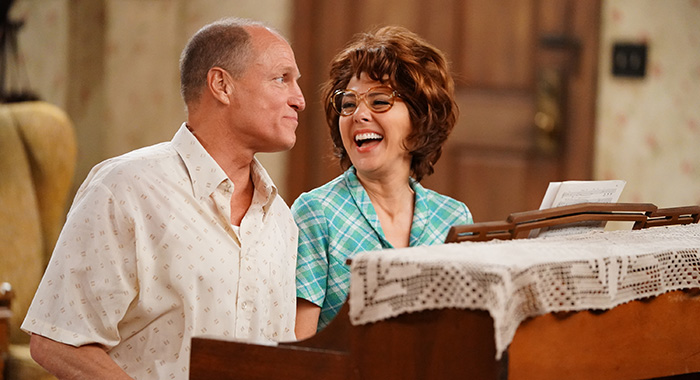 Will they actually recreate holiday episodes, though? Will the cast remain the same for the All in the Family part — that is, will Marisa Tomei return to steal every scene as Edith? Those are the big questions surrounding Live in Front of a Studio Audience, the hit concept producers Norman Lear and Jimmy Kimmel produced and co-hosted earlier this year, and which they’re revisiting for a Dec. 18 special that will feature live re-enactments of All in the Family and Good Times episodes. No castings or episode titles have been announced, but Kerry Washington has joined the lineup of executive producers for the project, which also includes Will Ferrell and Justin Theroux.

Last spring’s premiere of Live in Front of a Studio Audience features live, all-star recreations of All in the Family and The Jeffersons episodes, and won the Emmy for Outstanding Variety Special (Live).

SEE COLDPLAY LIVE, IN CONCERT, FROM JORDAN, ON YOUTUBE

Coldplay’s upcoming double album Everyday Life features “Sunrise” and “Sunset” halves, and the band will celebrate that theme with a pair of livestreamed concerts on YouTube; one will take place at sunrise, and the other at sunset, in Amman, Jordan.

The sunrise performance will begin just before midnight ET on Nov. 22, with the second half of the show debuting on the livestream at 9 a.m. ET. Coldplay: Everyday Life – Live in Jordan will be the band’s first-ever performance in Jordan, and will reflect the middle eastern influences found throughout the album’s music and artwork.

Everyday Life, Coldplay’s eighth album, will be released on Nov. 22. 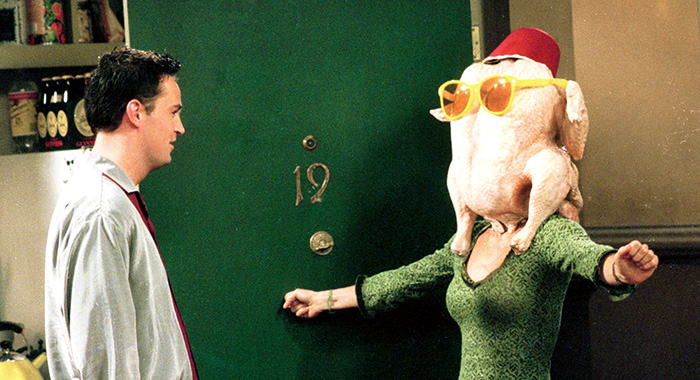 The Office may have the best Christmas-themed episodes, but Friends owns Thanksgiving. From “The One with All the Thanksgivings” (the one where Monica puts the turkey on her head) to “The One Where Ross Got High” (the one where Rachel made a trifle that, according to Ross, tasted like feet), the Central Perk gang shined at the November holiday. As part of the celebration of the show’s 25th anniversary, Fathom Events is putting eight of the show’s Turkey Day episodes on the big screen, in a two-night event on Nov. 24 and 25. Tickets are on sale now for the showings, which will also include “The One Where Underdog Gets Away,” “The One with the List,” and “The One with the Football,” though curiously, another gem – “The One with the Rumor,” in which Brad Pitt plays a character who hates Rachel – is MIA from the roster.

SO, IT’S LIKE THE LATE SHOW MEETS DAYS OF OUR LIVES MEETS THE OFFICE?

Wet Hot American Summer creator and Children’s Hospital co-creator David Wain and A.D. Miles, former head writer of The Tonight Show Starring Jimmy Fallon, are teaming up for an ambitious daily comedy called Today’s Special. Set in a 24-hour diner, the series would feature the topicality of a late-night show, the format of a daily soap opera, and the tone of a single-camera workplace comedy, as the employees and customers of the diner co-mingle and comment on daily events inside and outside the eatery. WarnerMedia has ordered four episodes of the series, with no specific plans yet for which network (including TBS or TruTV) or platform (HBO Max) would host Today’s Special. 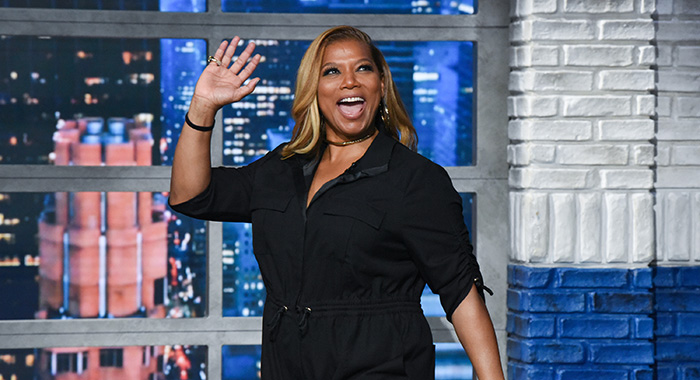 Queen Latifah will have some serious skills, and she’ll use them to help people with nowhere else to turn in CBS’s remake of The Equalizer. The network has given a pilot production commitment to the reboot, which will feature Queen Latifah as star and executive produce.

Meanwhile, The CW is developing a remake of Kung Fu, with a female lead. The new series would revolve around a Chinese-American woman who drops out of college to go on a soul-searching adventure to an isolated monastery in China. When she returns to her hometown, she uses her new martial arts skills to help protect her community from crime.

And NBC is developing a new Zorro series that would also reimagine the series with a female lead. The modern-day heroine is a descendant of the famous Zorro, and makes it her mission to defend those who can’t defend themselves in her community.

Julianna Margulies (The Good Wife) and Corey Stoll (House of Cards) will guest star in multiple episodes of Billions when the Showtime drama returns for its fifth season, in spring 2020. Margulies will play Catherine Brant, a bestselling author and Ivy League sociology professor, while Stoll will play Michael Prince, a business tycoon from a small town in Indiana.

Keegan-Michael Key will host Game On!, an upcoming CBS adaptation of James Corden’s BAFTA-winning British game show A League of Their Own. The show, which features two teams answering rounds of sports questions and performing physical challenges – sump wrestling, for example – will also star Venus Williams and Rob Gronkowski as team leads, as well as comedian Bobby Lee.

Carol Burnett will reprise her role as Theresa Stemple, the mother of Helen Hunt’s Jamie Buchman, on Spectrum Originals’ Mad About You reboot, which premieres Nov. 20.

Leslie Mann will star in the Amazon Prime Video thriller The Power, based on the bestselling Naomi Alderman novel of the same name about a world where all teenage girls develop the power to electrocute people, and then learn how to pass the power on to older women.

Billy Magnussen (The Leftovers) has joined the cast of HBO Max’s tragicomedy Made For Love, playing the possibly sociopathic, tech billionaire  husband Cristin Milioti’s Hazel is trying to escape. The series is an adaptation of Alissa Nutting’s book of the same name. (Deadline)

Vanessa Hudgens has joined Andrew Garfield in the cast of the Tick, Tick … Boom! movie that Lin-Manuel Miranda is directing for Netflix.

Hunters is Oscar winner Jordan Peele’s drama about a group of Nazi hunters in 1977 New York City who learn hundreds of high-ranking Nazi officials are living among the citizens of the Big Apple and are plotting a Fourth Reich. Starring Al Pacino, Logan Lerman, Josh Radnor, Dylan Baker, Carol Kane, Saul Rubinek, and Lena Olin, the Amazon Prime Video series follows the titular team that plans to bring the Nazis to justice and thwart their genocidal campaign. Hunters will premiere in 2020.

Seven Worlds, One Planet is the next series in the always spectacular Planet franchise from the BBC. Premiering on Jan. 18, 2020, the Sir David Attenborough–narrated series will air on BBC America, AMC, IFC, and SundanceTV and will find filmmakers using 8K cameras, drones, and low-light technology to tell the “story of earth’s seven spectacular continents and how they shape the extraordinary animal behavior and biodiversity we see today,” according to the BBC.

Grey’s Anatomy showrunner Krista Vernoff is partnering with Erin Brockovich to develop an ABC drama about Brockovich’s life after the Oscar-winning movie named after her, and about her, made her famous. Titled Rebel, the series will follow Annie “Rebel” Rebelsky, as she continues her work as a legal consultant who doesn’t have a law degree. Vernoff and Brockovich will be executive producers on the series.

Ava DuVernay is developing a one-hour TNT drama about the fatal aftermath of a Texas oil refinery accident and the woman trying to seek justice for the victims.

Clive Barker’s Books of Blood will be adapted as an original movie on Hulu. Brannon Braga and Adam Simon, who created Salem for WGN America, will write the movie, while Braga will direct. Cast for the film, which will focus on three sagas from Barker’s multi-volume collection of short stories, includes Anna Friel, Britt Robertson, Rafi Gavron and Yul Vazquez. The movie is scheduled to premiere on Hulu in fall 2020.

ABC is developing a reboot of its own 2011 drama Revenge, this time focused on a Latinx character. Original series creator Mike Kelley will be executive producer on the remake, which finds one of the original series characters guiding the new heroine in a plot for revenge against a wealthy family that owns a pharmaceutical company. (Deadline)

Emmy-winning Saturday Night Live star Kate McKinnon will star in and executive produce Joe Exotic, an adaptation of a podcast about two big cat breeders whose rivalry leads to disaster. The show is from the studio UCP, which also produced podcasts-turned-TV series Dirty Johnand Homecoming.

American Vandal star Jimmy Tatro will star in the Quibi comedy series Junior High, based on his popular series of YouTube videos in which he and co-star Christian Pierce play students who “struggle to figure out the fast-paced world of middle school as they face some of life’s biggest questions: ‘Do I want to play in the NFL, the NBA, or both?’ and ‘Did I clear the search history on my mom’s computer?’” Tatro and Pierce will also serve as executive producers on the series.

AnnaSophia Robb (The Act) will star in Quibi’s Emma, a horror series about a woman who finds herself pregnant, possibly as the result of a conspiracy.