Stephen King is having a big week in the TV world, with casting for Amazon’s Dark Tower pilot reportedly set and for season 2 of Hulu’s Castle Rock announced. Check out that news, plus the first look at the Deadwood movie and more below.

Al Swearengen (Ian McShane) and the rest of the foul-mouthed residents of Deadwood are back on Friday, May 31 for the long-awaited film based on David Milch’s gone-too-soon series. Deadwood debuted 15 years ago and ran for three seasons and 36 episodes before it was canceled, winning a Golden Globe and eight Emmys (plus 28 nominations) along the way.

According to HBO, “the indelible characters of the show are reunited after a decade to celebrate South Dakota’s statehood. Former rivalries are reignited, alliances are tested and old wounds reopened as all are left to navigate the inevitable changes that modernity and time have wrought.”

McShane told Rotten Tomatoes last month that his character is “a little diminished from what he was.” And while it’s “a full ending,” there could be more. Said the actor, “If it’s a huge success for HBO, they’ll go, ‘Can we get another one? Can we squeeze another one of out of you?’” 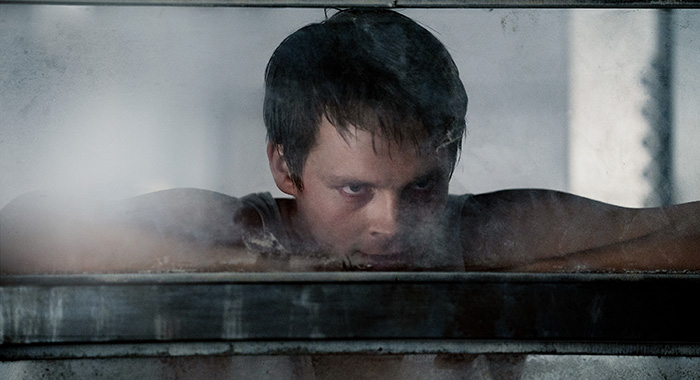 While the film based on Stephen King’s Dark Tower book series, The Dark Tower, didn’t exactly live up to expectations (it sits at a dismal 16% on the Tomatometer with a 45% audience score), Amazon is trying its hand at a TV adaptation.

According to Variety, Sam Strike (pictured above in Syfy’s Nightflyers) will play Roland Deschain (a.k.a. The Gunslinger, played in the movie by Idris Elba) and Jasper Pääkkönen will play The Man in Black (a.k.a. Marten Broadcloak a.k.a. Randall Flagg) in the series, which will “tell the story of how Roland became a gunslinger and his first encounter with the villainous Man in Black.” 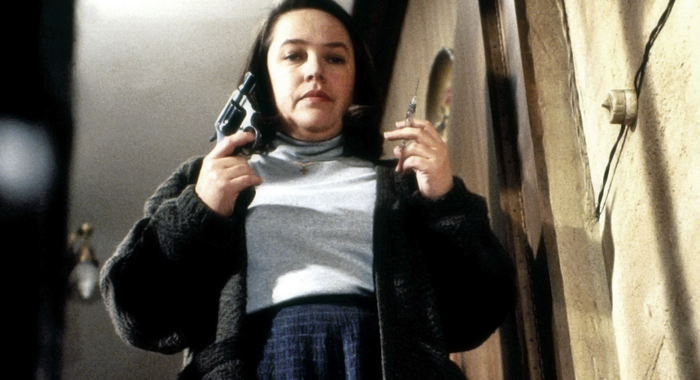 In other Stephen King news, the cast and story for season 2 of Hulu’s King anthology series Castle Rock have been set. Per Hulu, “A feud between warring clans comes to a boil when budding psychopath Annie Wilkes, Stephen King’s nurse from hell, gets waylaid in Castle Rock.”

Lizzy Caplan (Masters of Sex) will play Wilkes, the nurse and superfan battling to overcome mental heath issues who is at the center of King’s 1987 novel Misery. (Kathy Bates won an Oscar for her performance as the character in the 1990 film of the same name.) Elsie Fisher will play her homeschooled daughter, Joy, who is beginning to question her mother’s sanity, and Tim Robbins will play crime family patriarch Reginald “Pop” Merrill, who is dying of cancer and reckoning with his family. Garrett Hedlund plays his nephew, John “Ace” Merrill, who is angling to take over Pop’s businesses and threatens the fragile peace with nearby Jerusalem’s Lot. Yusra Warsama plays Dr. Nadia Omar, a Harvard-trained Somali medical director of a rural hospital in Jerusalem’s Lot, Captain Phillips star Barkhad Abdi plays her tough older brother Abdi Omar, who is building a Somali community center to strengthen the roots of his people in Maine, and Matthew Alan plays Ace’s brother, Chris, who’s struggling to keep the peace between the Merrills and the Somali community. 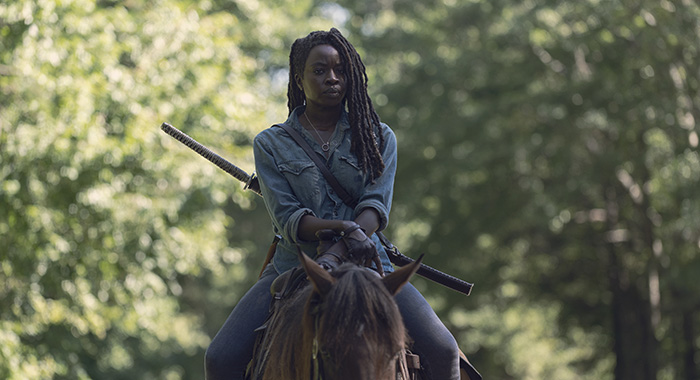 The annual TV celebration put on by the Paley Center for Media, PaleyFest, enters into its second weekend in 2019 with panels for The Walking Dead, Pose, Star Trek: Discovery, Jordan Peele’s new Twilight Zone, This Is Us, and CBS’ reliable procedurals Hawaii Five-0, MacGyver, and Magnum P.I. set to stream online. Find tickets here, if you’re local to L.A., or check out a streaming package to watch straight from your couch.

Comedy queen Mindy Kaling is expanding her TV empire with a new Netflix series that will follow the complicated life of a modern-day first generation Indian American teenage girl. The ten-episode series is inspired by the writer/actress’ own childhood, and was co-created by Kaling and her longtime collaborator, Lang Fisher. The duo will both serve as showrunners on the series.

Syfy’s Krypton, a prequel series following Superman’s grandfather Seg-El (Cameron Cuffe) as he fights to save his home planet from destruction, returns for season 2 later in 2019. The network released the first trailer for the show’s second season, along with an official description of what’s to come:

“Season 2 brings us back to a changed Kandor, locked in a battle over its freedom and its future. General Dru-Zod (Colin Salmon) is now in control. He’s on a ruthless mission to rebuild Krypton according to his ideals and to secure its future by conquering the universe. Faced with a bleak outlook, our hero, Seg-El, attempts to unite a dispersed group of resisters in an effort to defeat Zod and restore hope to their beloved planet. Their chance at redemption is threatened however, by their opposing tactics, shifting alliances and conflicting moral boundaries – forcing each of them to individually determine how far they’re willing to go in pursuit of a better tomorrow.”

‘Twas the Knight Before Christmas

Vanessa Hudgens is returning to Netflix for the 2019 holiday season with a new Christmas-themed movie, which she’ll star in and executive produce. The film is called The Knight Before Christmas, and it’s about a medieval English knight who is magically transported to the present day, where he ends up falling for a high school science teacher. The actress played double duty (literally) in 2018’s The Princess Switch as two identical distant cousins who switch places when one, a Chicago native, travels to a small European country for a baking competition, where the other, a European aristocrat, happens to be marrying into the royal family.

Showtime’s limited series about Fox News founder Roger Ailes, The Loudest Voice (starring Russell Crowe as the ousted figure), has hired another TV all-star: The Good Wife’s Josh Charles will recur as Casey Close, husband of former Fox News anchor Gretchen Carlson (Naomi Watts) and a well-known sports agent who tries to comfort his rattled wife and reassure her that her situation at Fox isn’t as bad as she thinks.

Glass and Split star Anya Taylor-Joy will star in a new Netflix series from the creator of Godless, Scott Frank. Per The Hollywood Reporter, Taylor-Joy will play chess prodigy Beth Harmon in The Queen’s Gambit, which will follow the life of an orphan chess prodigy from the ages of 8 to 22 during the Cold War era. The six-episode series is based on the novel of the same name by Walter Tevis.

Veep has recruited Better Call Saul’s Rhea Seehorn and Michael McKean for its seventh and final season, Entertainment Weekly reports. The AMC drama stars will appear as the chief of staff of a rival candidate and the governor of Iowa, respectively.

Meanwhile, Penny Dreadful spin-off Penny Dreadful: City of Angels, is getting a familiar face: Rory Kinnear, who played the Creature (a.k.a. Frankenstein’s Monster) in the original series, will star as Dr. Peter Craft. Per Showtime, “Craft is a successful German pediatrician and the head of the German-American Bund, an organization he hopes will keep the United States isolated from the growing threat of war in Europe.” Creator John Logan wrote the role just for Kinnear after working with him on the original series.

Tales of the City Heads Back to San Francisco 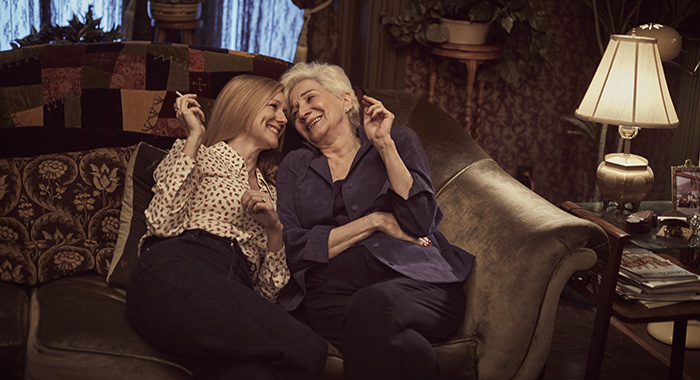 Netflix’s limited series Armistead Maupin’s Tales of the City, based on the book saga by Maupin and a continuation of the TV miniseries that aired installments on PBS and Showtime, is debuting later in 2019 and Netflix released first-look photos from the latest chapter in the “beloved story.” 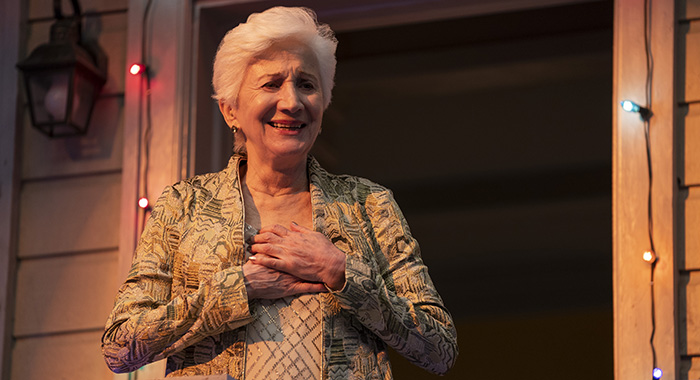 Laura Linney returns as Mary Ann, who in turn heads back to present-day San Francisco. There, according to Netflix, she “is reunited with her daughter Shawna (Ellen Page) and ex-husband Brian (Paul Gross), twenty years after leaving them behind to pursue her career. Fleeing the midlife crisis that her picture-perfect Connecticut life created, Mary Ann is quickly drawn back into the orbit of Anna Madrigal (Olympia Dukakis), her chosen family and a new generation of queer young residents living at 28 Barbary Lane.” 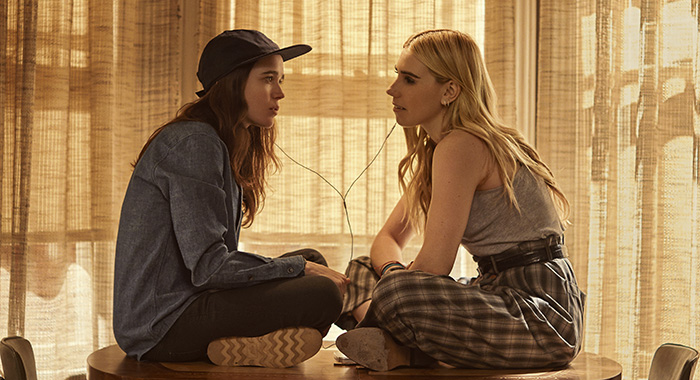 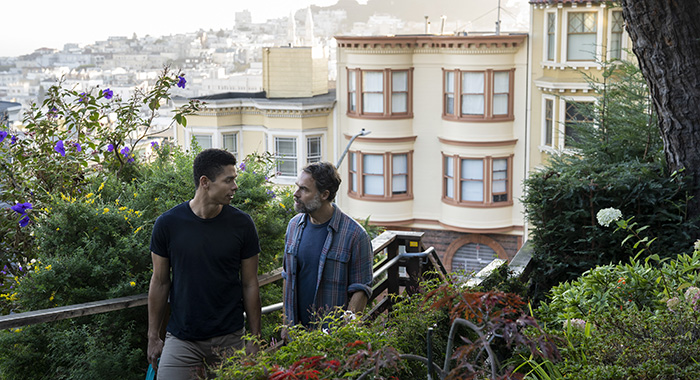 Drew Goddard has signed a new deal with Twentieth Century Fox Television (newly owned by Disney). The multi-hyphenate will write, create, direct, and develop new television projects for the studio — to which he is returning 15 years after Angel ended. The Bad Times at the El Royale director has continued to work in both TV and film (he created Daredevil and co-created The Defenders) since starting on Buffy the Vampire Slayer in 2002.