Spider-Man: Homecoming may mark the re-launch of a beloved character on the big screen, but it also marks the emergence of an exciting up-and-coming filmmaker in director Jon Watts. In what seems to be becoming a familiar Hollywood story, Watts was discovered following an independent film of his that made a splash when it premiered at the Sundance Film Festival.

The name of the film is Cop Car, and Watts’ honest and grounded handling of the film’s young leads is what put him on Marvel’s radar for this latest take on the well-known webslinger – one that would find Peter Parker, aka Spider-Man, back in high school, navigating the complexities of coming of age while also having super powers.

“What’s important is to just try to remember what it was like to be that age,” Watts told Rotten Tomatoes. “For me, it was like if I was 15 and I could do what Peter Parker could do, that would be so much fun. That would be so amazing, and there’s no way around it. Drama will come and dramatic things definitely happen in the movie, and there’s a lot of awesome action and all of that. But fundamentally, I wanted to approach this from the perspective of enthusiasm and excitement.”

Watts devoured every coming-of-age movie he could get his hands on while prepping to make Spider-Man: Homecoming, and when Rotten Tomatoes sat down with him to discuss his Five Favorite Films, the director insisted we stay on theme, natch.

Here, then, are the Spidey director’s five favorite coming-of-age movies. 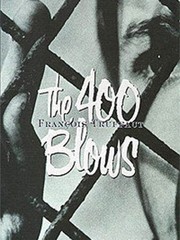 I would say that’s the first quintessential coming-of-age movie. It felt so real, and it just captured the freedom, danger, fear, hope, and everything that comes with being a kid. It’s one of the best movies ever made. It was such a shock to the world when it came out, too, and it was, like, “Oh, wow. You can make movies like this?” It stands up, too. 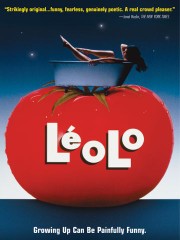 This is a really obscure one, but there’s a really weird French-Canadian movie called Leolo. Roger Ebert loved it. He gave it a four-star review when it came out. The filmmaker, Jean-Claude Lauzon… He made two movies and then he died. It’s a really tragic story. It’s this surreal, messed-up story about a kid whose family is going insane, and so he comes up with these fantastical stories to escape from his world. I saw that movie when I was in high school, and it just made such an impression on me because of the way it balanced humor and absurdity, and surrealism, and then just tragedy. It’s great. I should probably see it again. I haven’t seen it in a couple of years, so I want to make sure it still stands up. That movie is another very particularly strange coming-of-age movie that will always be a reference for me. 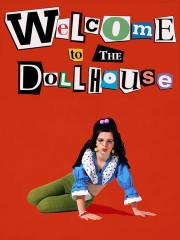 Welcome to the Dollhouse is great. Even though it’s about a girl in middle school, to me, that feels like the most honest reflection of what being a kid around that age feels like. It’s just so bad. It’s like that movie captures the very worst moments of being that age so perfectly. Everything is unfair, everyone hates you, and the world is totally against you. It’s such a good coming-of-age movie. 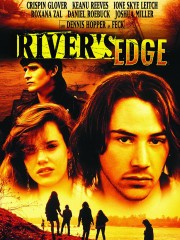 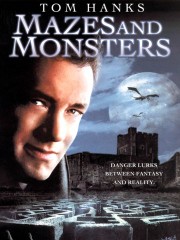 This one isn’t a high school movie, but more a college-age movie. It’s called Mazes and Monsters and it stars Tom Hanks. It’s about the dangers of role-playing games, and if you play these role-playing games, you’ll lose touch with reality. Tom Hanks is a kid who gets too into their version of Dungeons and Dragons, which they call Mazes and Monsters. He loses touch with reality and thinks he really is on the quest, and disappears into New York City. His friends have to try and find him. It’s definitely worth checking out if you can find it. It might be one of those movies that just disappeared. I think it was a made-for-TV movie, but it’s always affected me. I saw it when I was a kid on the Saturday afternoon matinee movie, and it just has this ending that is so bleak that I’ll never forget.

According to Watts, he hopes Homecoming will serve as a launching pad for more Spider-Man stories that, like the movies mentioned above, are honest and respectful of what it’s like growing up, but also captivating and wildly exciting because, well, Spider-Man!

Everything We Know About Spider-Man 3