It’s been half a century since the San Francisco International Film Festival began (making it the longest-running domestic fest of its kind) and its lineup reflects that history well. Where else can you find George Lucas, Spike Lee, Parker Posey, and other indie-Hollywood luminaries in the same program?

We took advantage of working in the city by the bay (Go Warriors!) to catch up with SFIFF in its 50th year. First stop: the red carpet premiere of "Fog City Mavericks," a documentary celebrating the independent-minded filmmakers that call (or called) San Francisco home.

Another night, another shindig; this time it’s a wine-and-cheese affair toasting directors Zoe Cassavetes and Hal Hartley, both whom have a film playing in the festival, both starring Parker Posey!

Posey pulled festival double-duty with a second film, Hartley‘s "Fay Grim." The follow-up to his 1997 pic "Henry Fool," this sequel sees Posey’s gloomy Fay embroiled in espionage somehow related to her missing husband; Magnolia Pictures will distribute the flick in a limited May 18 release.

All three were on hand at the Clift Hotel to celebrate; Posey’s mere presence in the room stoked the whispered buzzings of many a guest. Rather than ask her thoughts on any future "Superman Returns" sequels, we picked a nice-looking person to talk to and wound up chatting with two professional musicians: the lovely singer Aurora Josephson and a certain percussionist named William Winant. Winant, a Hollywood baby and highly esteemed avant-garde percussionist, is part of the "Notes To A Toon Underground" live music ensemble performing Saturday as part of the festival. The one-time-only event showcases 15 animated films spanning the last century, with live accompaniment from musicians like Winant, composer Marc Capelle, members of Xiu Xiu, Grandaddy, and more.

Also in attendance was director Jessica Yu, whose latest, "Protagonist," is playing at SFIFF. Yu, the director of the mesmerizing quasi-documentary "In the Realms of the Unreal," about outsider artist Henry Darger, passed along an anecdote about the time another legendary outsider, Orson Welles, visited Darger’s apartment building (she speculated about what the two would have said to each other if they met). Yu was also quite gracious when Tim made a gaffe by at one point referring to her film as "In the Realm of the Senses." Yes, that "In the Realm of the Senses."

Indies don’t get much more darned likable than "Once," making its West Coast Premiere at SFIFF. Sort of a sunnier, Dublin-based "Hustle & Flow," "Once" tells the tale of a struggling, heartsick street musician (The Frames’ Glen Hansard) who strikes up a friendship with a younger Czech pianist (Marketa Irglova); together, they form a touching musical and personal bond. At its face, "Once" sounds like a load of clichés, but John Carney‘s film strikes nary a corny note, featuring memorable songs, a gritty sense of place, and poignant chemistry between its two leads (non actors both). If the word gets out, this scrappy underdog tale could be a sleeper hit in its own right. It’s currently at 100 percent on the Tomatometer.

Another charmer in SFIFF’s lineup is "Reprise," the feature debut of Norwegian helmer Joachim Trier. The story of a group of friendly young literary rivals, "Reprise" is as mischievous, sad, and stylistically daring as the early French New Wave films it emulates. Bristling with energy, this coming-of-age tale captures the twentysomething experience with more loopy humor and offhand insight than most American films of its ilk. It currently stands at 100 percent on the Tomatometer; critics say "Reprise" is an energetic, likeable, melancholy dramedy. This is a small gem that deserves an American release.

Director Tom DiCillo has tackled the insular entertainment world before ("Living In Oblivion," "The Real Blonde") but with "Delirious" he explores the phenomenon of fame through the eyes of players both inside and outside the realm of celebrity. Struggling paparazzo Les (Steve Buscemi) reluctantly takes in homeless actor Toby (Michael Pitt) and they develop a mentor-student rapport; when Toby makes it big on reality TV, their friendship teeters into disrepair. DiCillo’s sharply acerbic script delves into the absurd world of the famous and their ancillary star-makers (publicists, tabloids, paparazzi) with aplomb; supporting turns by Gina Gershon (as Toby’s carnal older lover-manager) and Alison Lohman (as a pop star-princess amalgamation of every Britney, Lindsay, and Paris) are viciously amusing. But it’s Pitt’s turn as the sweet-natured Toby — whose casual ignorance of celebrity rules is what gives him stardom, and earns him Lohman’s heart — that softens the mood and makes "Delirious" more a tale of human insecurity and forgiveness than one of celebrity disdain. "Delirious" is currently at 100 percent on the Tomatometer.

Speaking of the wacky world of entertainment, we also checked out "The Heavenly Kings," a mock documentary drawing comparisons to "This is Spinal Tap." The pic (exec produced by RT co-founder Patrick Lee!) comes courtesy of Chinese-American actor-director Daniel Wu (already a celebrity in Asia), who along with three other fellow actors formed the boy band Alive in 2005 with cameras filming them every step of the way. The catch? The band was totally fake, three of the four members are terrible singers (needing studio doctoring to sound legit), and the entire ordeal was undertaken just to draw attention to the superficiality of the Hong Kong pop industry. Though edited with a tad too free a hand (with real scenes, scripted scenes, candid pop star interviews, dream sequences, and no less than three animated sequences), Wu gives insight into an entertainment machine not totally unlike our own in which image trumps all, execs exploit their rising stars, and fans eat up just about anything they’re served.

Yet another look at the lives of entertainers comes in a big way in the French epic "La Vie En Rose," the SFIFF closing night selection. Marion Cotillard stars as French songbird Edith Piaf (and is nearly unrecognizable playing the frail figure through different decades) in a role that is already garnering Oscar buzz, and rightly so; suffice to say that while you’re in for two plus hours of heart-wrenching drama, director Olivier Dahan delivers said drama in an intoxicating, melancholy, beautiful and iconic portrait. Cotillard’s stronger than strong performance is nothing short of amazing, and is sure to launch her farther in the eyes of American audiences than her recent supporting roles in films like "A Good Year." Luckily, Picturehouse will deliver a limited release run in June!

The San Francisco International Film Festival runs through May 10; visit their site here. 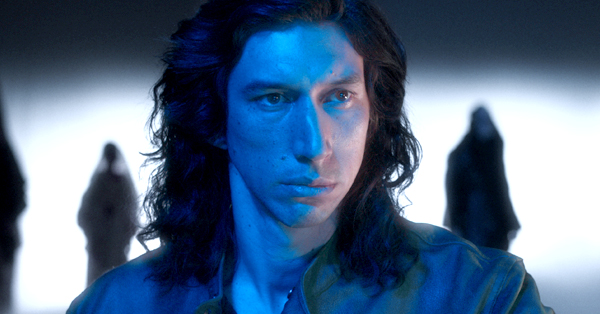 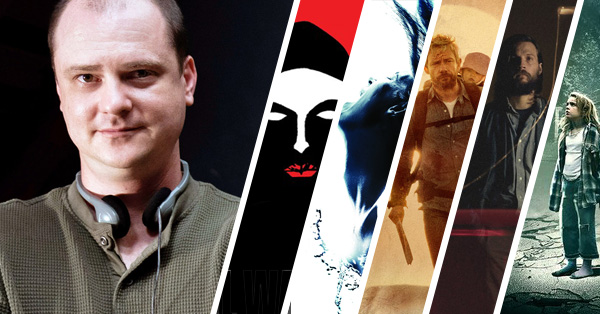