In this week's Total Recall, we look back at the most acclaimed films of the Westworld star.

There’s plenty going on at your local cineplex right now, but the second season premiere of Westworld might be the most highly anticipated viewing event of the weekend. In honor of the HBO hit’s return, we decided to pay tribute to one of the show’s stars, so we’re taking a look back at some of the brightest critical highlights from Thandie Newton‘s filmography while inviting you to rank your own favorites. It’s time for Total Recall! 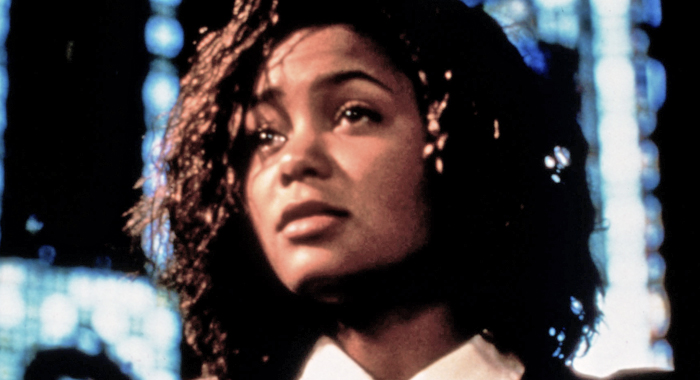 Writer-director John Duigan may have felt like he landed a casting coup when he signed Nicole Kidman for Flirting, but the rising Australian star — then enjoying a growing international profile thanks to her work in Dead Calm and Days of Thunder — was only part of a stellar ensemble cast packed with future household names, including Newton and Naomi Watts. Although its storyline follows the same rough contours as many other coming-of-age dramas, those performances — and the skill with which Duigan told his characters’ stories — left many critics reeling. “Flirting is one of those rare movies with characters I cared about intensely,” enthused Roger Ebert. “I didn’t simply observe them on the screen, I got involved in their decisions and hoped they made the right ones.” 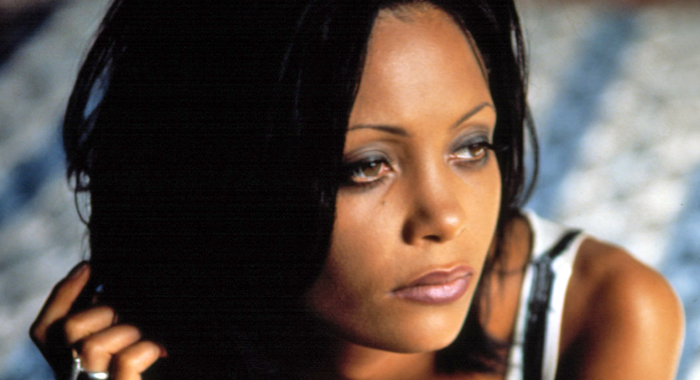 Newton earned an early breakout opportunity with 1997’s Gridlock’d, a dark 1997 comedy from debuting writer-director Vondie Curtis-Hall about three bandmates (Newton, Tim Roth, and Tupac Shakur) whose lives are thrown into disarray after Newton’s character suffers a heroin overdose. Roth and Shakur, determined to get clean, set out to enter rehab, only to endure a series of setbacks as they encounter cops, crooks, and indifferent bureaucrats along the way. Made on a shoestring budget, the film didn’t make much of a dent at the box office in spite of the added notoriety surrounding Shakur, who was murdered months before its release; critics, on the other hand, responded to the well-chosen ensemble’s work as well as Curtis-Hall’s superlative work. “The movie’s appeal lies largely in its capacity for surprise, riffing off tired characters and pooped genres to produce, intermittently at least, a fresh new tone,” wrote Rick Groen for the Globe and Mail. “Call it junkie humor.” 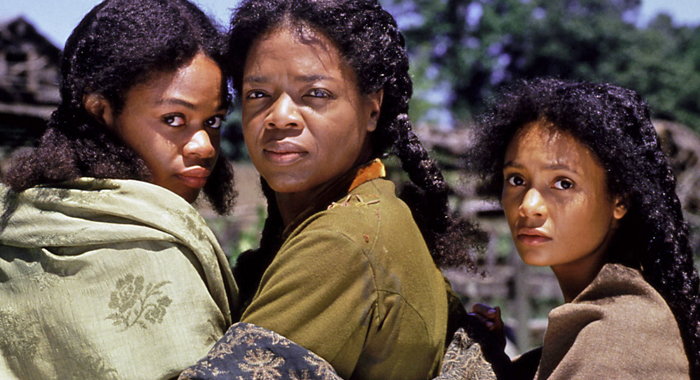 Toni Morrison’s Beloved is a Pulitzer-winning classic, but it’s far from a happy story and it certainly isn’t the easiest book to adapt for film — both of which help explain why it took more than a decade to bring it to the screen, and why it failed to find much of an audience once it got there. Starring Oprah Winfrey as Sethe, a former slave with a (literally) haunted past, and Newton as Beloved, the mysterious young woman whose arrival at Sethe’s home heralds a fateful turning point, the movie deals with a number of painful themes that audiences clearly weren’t in any hurry to deal with, and the story hinges on a handful of shocking and/or unusual twists that made it difficult to promote. Still, most critics found the end result well worth the investment: calling it “A movie that requires the viewer to meet it halfway,” the Minneapolis Star Tribune’s Jeff Strickler wrote, “Those willing to make the effort will be rewarded with an exquisitely photographed and intricately layered drama.” 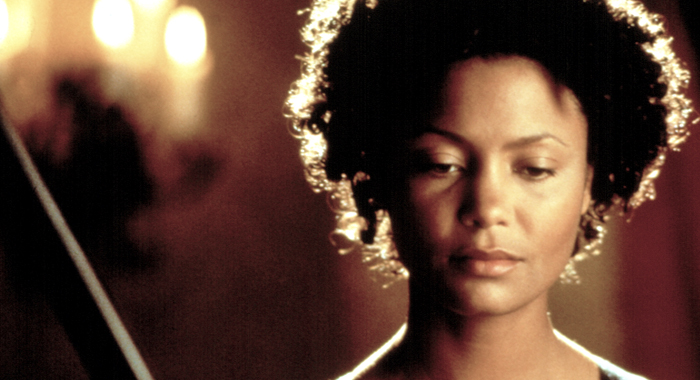 Newton’s late ’90s run of critically acclaimed under-the-radar efforts included Besieged, a late-period outing from director/co-writer Bernardo Bertolucci that told the story of an African expatriate working in Rome for a composer (David Thewlis) who’s falling in love with her — all the while utterly unaware that she’s harboring a very painful secret. Adapted from the 1985 James Lasdun short story “The Siege,” the movie highlighted Newton’s emotional range and gave her an opportunity to work with one of the medium’s true auteurs, but neither Bertolucci’s name nor the movie’s beautifully filmed foreign locales were enough to entice U.S. audiences to turn out. It was their loss, as far as most critics were concerned; as Jeff Millar wrote for the Houston Chronicle, “This is a deeply engrossing, often exquisite film by someone who knows visuals. It’s sensory, sensual, handmade.” 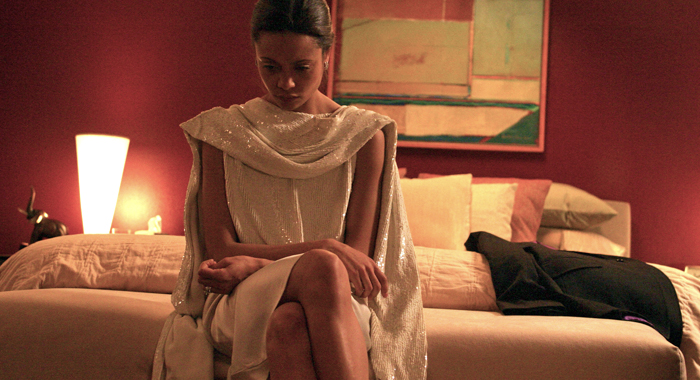 It’s gone on to become one of the more hotly debated Best Picture winners in Academy Awards history, but whatever your opinion of its cinematic merits, there’s no arguing that Crash offered Newton an overdue opportunity to showcase her talents in a major movie that earned critical praise while making a mainstream impact. An ensemble drama from director/co-writer Paul Haggis, the movie sought to grapple with the thorny questions of race relations in modern America — and although a growing number of people have since argued that its reach exceeds its grasp, it also proved fertile ground for powerful performances from its leads. Newton, who won an array of awards for her work as a woman who endures a humiliating act of aggression at the hands of a police officer (Matt Dillon), was just one of many reasons Crash curried favor with critics like Stephen Hunter of the Washington Post, who wrote, “This is the rare American film really about something, and almost all the performances are riveting. It asks tough questions, and lets its audience struggle with the answers.” 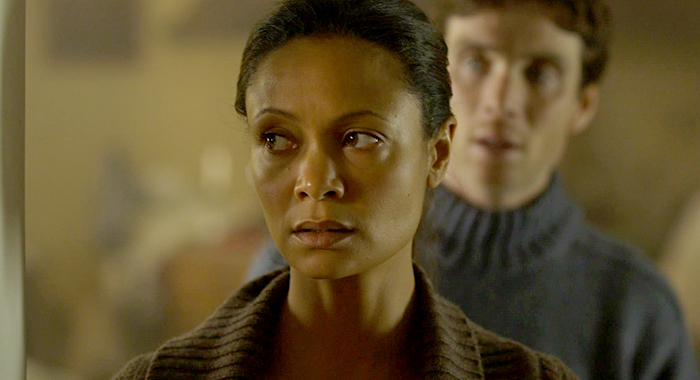 Thandie Newton has done some of her best work in movies that were destined to land with less than blockbuster impact at the box office, but they aren’t all the sensitive, cerebral dramas one might expect. Case in point: 2011’s Retreat, a British horror thriller about a married couple (Newton and Cillian Murphy) who attempt to recover from a grueling tragedy by taking a trip to an idyllic island resort — only to end up confronted by a soldier (Jamie Bell) who claims the world has been overtaken by a fast-spreading fatal virus, and who may or may not be violently insane. Unrelentingly grim even in the context of the genre, Retreat came and went with little notice during its limited theatrical run in the U.S., but critics were kind; as Damon Wise rightly predicted for Empire, “Though it may deny Carl Tibbetts’ film a wider audience, genre fans will enjoy seeing a hokey interloper story getting not only a thoughtful treatment but classy performances.” 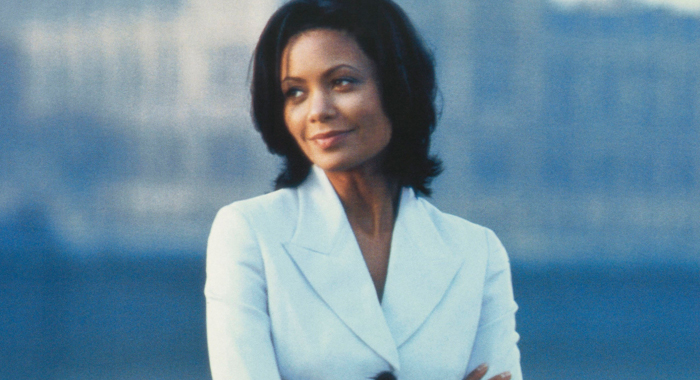 Newton reunited with Flirting director John Duigan for The Leading Man, a romantic comedy — of a sort — in which an American actor (Jon Bon Jovi) seizes upon seduction as a means of advancing his career after joining a London stage production and discovering that the playwright (Lambert Wilson) is having trouble at home with his wife (Elena Webb) on account of the affair he’s having with the show’s female lead (Newton). Offering to woo the wife, Bon Jovi’s character quickly proves more popular with the ladies than Wilson would like — and although that dynamic more or less essentially mirrored the male population’s feelings about the Bon Jovi frontman throughout the ’80s, critics proved eminently susceptible to the picture’s low-key charms. “Maybe I’m just a sucker for backstage stories about theater people as well as for Thandie Newton,” admitted the Chicago Reader’s Jonathan Rosenbaum. “But this English picture kept me absorbed, happy, and occasionally amused despite its dubious details.” 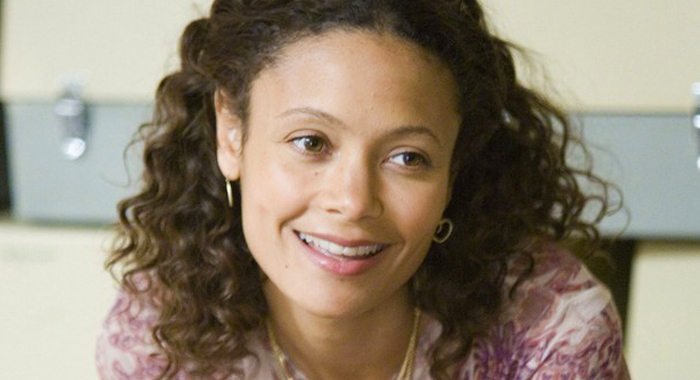 Our complicated modern relationship with the American Dream can’t hope to be summed up in a single film — and even if it could, it’d spend a lot less time focusing on upward economic mobility than The Pursuit of Happyness, director Gabriele Muccino’s dramatization of the real-life journey undertaken by Chris Gardner (Will Smith) from struggling salesman to homeless parent and, ultimately, successful stockbroker. All that being said, this is one inspirational drama that works hard to earn the audience’s tears in the final act, and it’s bolstered by compelling work from a well-chosen cast led by Smith, his son Jaden (making his film debut at eight years old), and Newton, who earned an NAACP Image Award for her portrayal of Gardner’s estranged wife Linda. “Even the glossiest of surfaces,” wrote Rob Humanick for Projection Booth, “can’t extinguish the genuine emotions running beneath them here.” 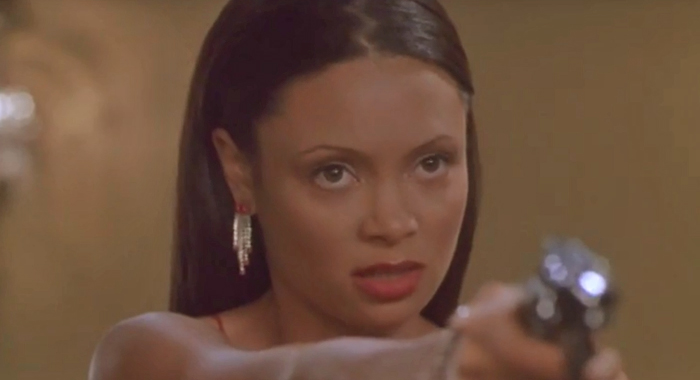 Newton explored the world of high-stakes underground gambling with this little-seen 2003 drama, which saw her starring opposite Gabriel Byrne as a pair of small-time crooks looking to make their mark with a big score. Appearing as the legendary card shark known as the Dean, Sylvester Stallone lent Shade extra heft — and added a little low-key dramatic muscle to a storyline — but its brief, limited theatrical run meant that Shade was in and out of theaters before most filmgoers were even aware of it. Still, it managed to find favor with critics like Kevin Thomas of the Los Angeles Times, who wrote, “Loaded with dizzying cons and betrayals, it pays off with a satisfying and unpredictable finish.” 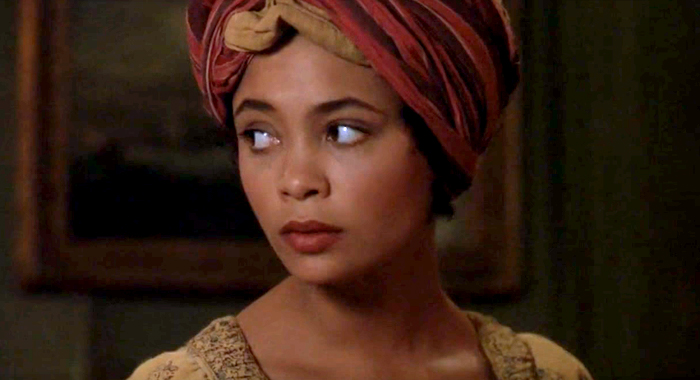 She’d go on to higher profile roles in the not-too-distant future, but for the majority of U.S. filmgoers, Newton’s appearance as Yvette in Interview with the Vampire marked their introduction to a rising star. Like the Anne Rice novel that inspired the film, Vampire follows the saga of Lestat de Lioncourt (Tom Cruise), whose bloody journey intertwines with Louis de Pointe du Lac (Brad Pitt), an 18th-century plantation owner whose earthly holdings (such as a group of slaves that includes Newton’s character) aren’t enough to keep him from accepting Lestat’s invitation to join the ranks of the undead. While it wasn’t quite the sensation that Rice’s books had been — or that its starry cast may have suggested — Interview still proved a sizable hit that found favor with a good number of critics. “It’s about seduction, and either you succumb to its inky entrapments or you resist,” wrote Newsweek’s David Ansen. “When its mojo was working, I was happy to be had.”