The Mandalorian director is headed back to a galaxy far, far away. Big casting news for The Office and Downton Abbey creators' new series. Plus, more Fleabag?! 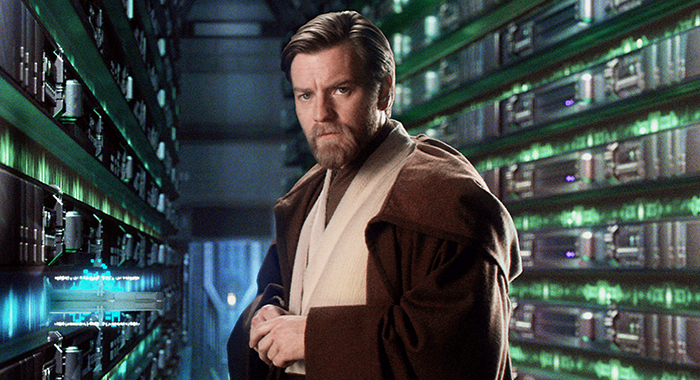 Deborah Chow will return to a galaxy far, far away for the upcoming Disney+ TV series about Obi-Wan Kenobi.

The official Star Wars website announced that  Chow, who directed episodes of the upcoming Star Wars series The Mandalorian, will helm the series. Ewan McGregor is set to reprise his role as the younger version of the character originated by Sir Alec Guinness in the original trilogy, and the series will take place eight years after the events of Star Wars: Revenge of the Sith.

“We really wanted to select a director who is able to explore both the quiet determination and rich mystique of Obi-Wan in a way that folds seamlessly into the Star Wars saga. Based on her phenomenal work developing our characters in The Mandalorian, I’m absolutely confident Deborah is the right director to tell this story,” Lucasfilm president Kathleen Kennedy said in a statement.

Disney+ has a third Star Wars series in the works, a prequel to Rogue One: A Star Wars Story that features Diego Luna reprising his role as Rebel spy Cassian Andor. Alan Tudyk will also return as Cassian’s droll droid accomplice K-2SO.

RELATED: Everything We Know About Disney+

Phoebe Waller-Bridge is having the best week ever: After winning three Emmys at Sunday night’s ceremony — Lead Actress, Comedy Writing, and Comedy Series — for her one-woman show-turned-Amazon Prime TV series Fleabag, the multi-hyphenate has signed a major new deal with Amazon Prime Video. And while her boss at Amazon Studios, Jennifer Salke, is excited for the creator’s next projects — “we are excited for what comes next from this brilliant mind to dazzle and delight our global audience,” Salke said in a statement announcing the news — she also wants more Fleabag.

Despite the fact that Waller-Bridge has said on multiple occasions that two seasons felt right for the show, Salke said she’s a “believer” that maybe a third season could be in the cards after all.

“I’ll have to really know that firmly and see evidence of that before I really buy in. Right now I still see, ‘Yeah, no,’ but there seems to be a slight twinkle,” Salke said of the show really being finished. “People probably think I’m in denial, and there’s nothing to base that on except my own intuition. I believe as a human being, given all of the accolades she’s received this week and seeing the love for the show that’s clearly endless and passionate, she’s probably thinking to herself, ‘Geez, do I have another story to tell here? Because people love this.’ That’s how I’d be feeling if I was in [her] situation.”

Waller-Bridge created BBC America’s Killing Eve, which hires a new female showrunner/writer for each season. Emerald Fennell ran season 2, and Suzanne Heathcote is in charge of the upcoming third season.

Meanwhile, Waller-Bridge’s Fleabag season 2 costar Andrew Scott, a.k.a. the “Hot Priest” (or Sherlock’s Moriarty, if you prefer), will star in Showtime’s upcoming adaptation of Patricia Highsmith’s Tom Ripley Novels, Ripley. He’ll play a 1960s New York City grifter who is hired by a wealthy man to travel to Italy and convince his son to return home. The gig spirals Tom into a life of deceit, fraud, and murder, which will provide the basis for the ongoing drama series. Steven Zaillian will write and direct the first season of the series. 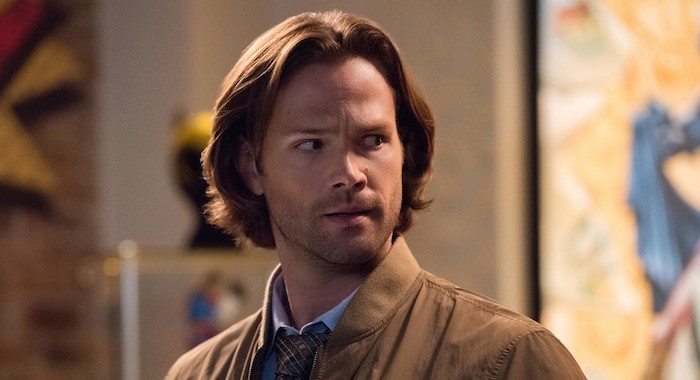 Supernatural star Jared Padalecki has already lined up his first role following the long-running series’ 15th and final season: He’s set to star as the titular role in a reboot of Walker, Texas Ranger. According to EW, the new project (titled Walker) will put a new spin on the original series with Padalecki as Cordell Walker, “a man finding his way back to his family while investigating crime in the state’s most elite unit. Our broken widower and father of two returns home to Austin after being undercover for two years for a high profile case – only to discover that there’s even more work to be done at home. In a nod to the original series, Walker and his new partner — one of the only women in Texas Rangers’ history — are the modern-day heroes our world needs, following their own moral code to fight for what’s right, regardless of the rules.” There’s currently no network attached.

So, I was just minding my own business, and I ran into this guy? @tomwelling #Smallville #crisis #loisandclark. Laughed until I cried! So much fun ?

In its attempt to collect every single person who was once related to a DC Comics TV property for the CW’s upcoming “Crisis on Infinite Earths” crossover, the network has announced several more actors who are joining the five-episode event. Erica Durance (Smallville) and Ashley Scott (Birds of Prey) have joined the crossover, reprising their roles, while Supernatural’s Osric Chau takes on a new one.

The Little Mermaid Finds Her Prince

The Good Wife’s Graham Phillips will play Prince Eric in Disney’s upcoming live concert broadcast of The Little Mermaid. Also joining the project: John Stamos as The Chef, whom the Full House alum has played before (in a 2016 Hollywood Bowl production). 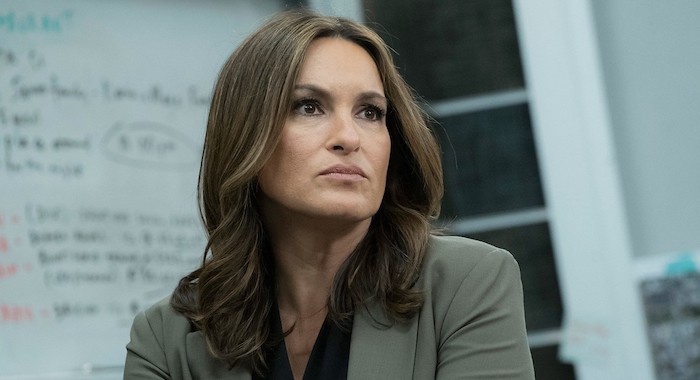 Dun Dun: Executive producer extraordinaire Dick Wolf is launching his first podcast. Squadroom will be the official companion to Law & Order: SVU. Hosted by SVU insider Anthony Roman, it will feature exclusive interviews with the cast, producers, and writers. New episodes will debut weekly following the East Coast airing of the record-setting 21st season of the series. 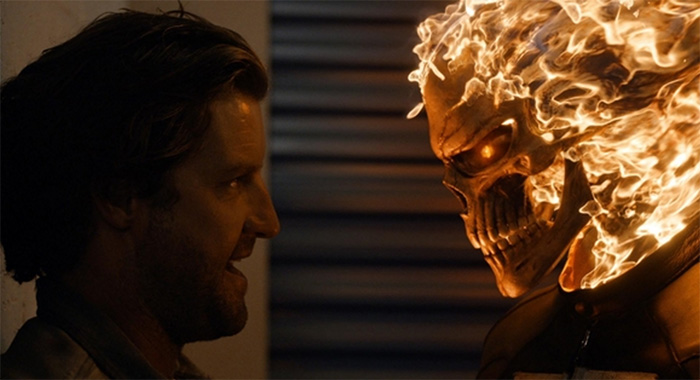 A Ghost Rider TV show is no longer in the works at Hulu. According to Deadline, the series, which was set to star Gabriel Luna (introduced as the character on Marvel’s Agents of SHIELD in 2016), will no longer move forward due to “a creative impasse which could not be resolved.” 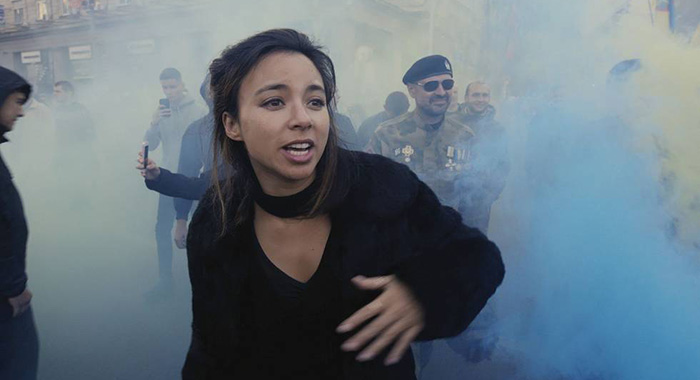 Vice has found a new home: Showtime. The Emmy-winning weekly newsmagazine series will move to the network with a new 13-episode season scheduled to premiere in spring 2020. The diverse group of award-winning journalists will continue to report on the ground from conflicts around the globe. HBO canceled Vice in 2018 and then Vice News Tonight in June.

John Malkovich, Ben Schwartz, Diana Silvers, Jimmy O. Yang, Tawny Newsome & Alex Sparrow have joined Steve Carell in #SpaceForce, a workplace comedy centered around the people on Earth who have been tasked with creating a sixth branch of the armed services: @realspaceforce pic.twitter.com/rGTo8vazB6

Space Force, the newest collaboration between The Office creator Greg Daniels and star Steve Carrell, has added John Malkovich, Parks and Recreation’s Ben Schwartz, Diana Silvers, and Tawny Newsome as series regulars, and Jimmy O. Yang and Alex Sparrow in recurring roles. The workplace comedy is centered around the people back on Earth tasked with creating a sixth branch of the armed services, Space Force. The 10 30-minute episodes are scheduled to launch in 2020.

Christine Baranski and Cynthia Nixon will headline Downton Abbey creator Julian Fellowes’ next big project, The Gilded Age. The actresses will play aristocrat sisters in the HBO drama, which takes place in the titular era of American history that began in 1882. Agnes van Rhijn (Baranski) is “a proud and stubborn aristocrat who will never accept that the world has changed, and that ancient values are being replaced by new ones. She found herself penniless as her parents’ plantation was foundering, even before the war, but she managed to catch a husband just in time. Agnes has a son named Oscar, whom she worships, but her worship is not returned,” per Variety. Meanwhile, Nixon’s Ada Brook never figured out a way to leave the collapsing South until it was too late. “Forced back on her sister’s charity, she is not naturally confrontational but she is capable for standing up for what she believes.” Amanda Peet will play middle-class Bertha Russell, whose merchant husband is a financial genius and who is trying to break into the upper crust of society. Morgan Spector plays her husband, George Russell, a “classic robber baron” who is “fond of his wife and his children, but utterly ruthless in business. He has already acquired millions, and billions will follow. In every challenge, George must win.”

The Politician actor David Corenswet and Broadway star Jeremy Pope will lead Ryan Murphy’s next Netflix project, Hollywood, alongside Darren Criss. According to Deadline, the project is a love letter to Old Hollywood and will center around three men in 1940s Tinseltown. All three actors are also executive producers alongside Murphy and his co-creator Ian Brennan. Production reportedly began this summer. Joining them on the show are Holland Taylor, Samara Weaving, Dylan McDermot, Laura Harrier, Patti LuPone, Jake Picking, Jim Parsons, Maude Apatow, and Joe Mantello.

Real Housewives of Atlanta star Kandi Burruss will recur on season 3 of Showtime’s The Chi.

Blythe Danner will recur during the third season of Starz’s American Gods as Greek goddess Demeter, who has an unresolved romantic history with Ian McShane’s Mr. Wednesday.

Major musical news: Billy Joel’s oeuvre is being adapted into a new anthology series, Scenes From an Italian Restaurant. Inspired by the song of the same name, the singer has teamed up with Kevin Fox to develop the series, which will focus on different characters from his songs (the Piano Man, Mamma Leone, the Stranger). Want to find out what Brenda and Eddie are up to? Stay tuned, as there’s still no network attached, though MGM Television and Universal Music Publishing Group have teamed up for the project.

Haley Lu Richardson and Euphoria star Barbie Ferreira have joined HBO Max’s film adaptation of the novel Unpregnant. The duo will play ex-best friends who come together when one of them discovers she’s pregnant and they embark on a 900-plus mile road trip in a stolen El Camino. Production begins in New Mexico this fall with Rachel Lee Goldenberg set to direct.

Thirtysomething could be the latest series to get a revival: A sequel to the 1987 drama series is currently being developed that would focus on the children of the married baby boomers who were the focus of the original series (and are now thirtysomethings themselves).