Is Batman friend or frenemy? Will he fight Deathstroke? Who are all these other new faces?

After its first rebellious and cuss-riddled steps into a new DC Comics world, Titans returns this week to wrap up its hanging season 1 plotline — the arrival of Trigon (Seamus Dever). But once it does, the series will blow the roof off of its more contained plot to reintroduce the Titans as a team and explore more of its past, even as newer members join the reformed group.

Luckily, we’re here and remember the days when the Teen Titans were a group of sidekicks and that the 1990s Superboy had an odd origin. So let’s take a look at these new characters’ comic book pasts and what it could mean for the new season of Titans. 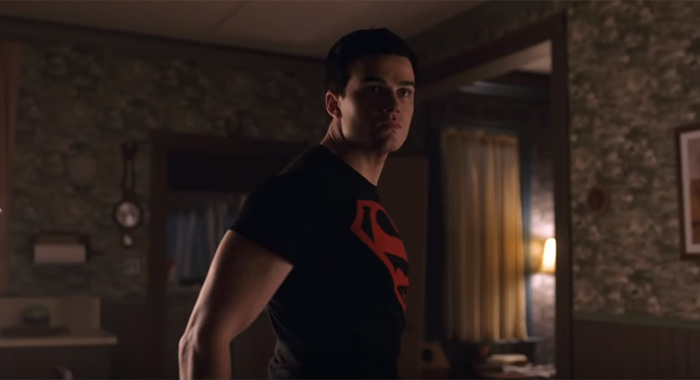 Background: Originally “the closest genetic equivalent” of Superman, Superboy was a Project Cadmus experiment to clone the Man of Steel and further the group’s agenda. It later turned out that experiment included using the DNA of Lex Luthor to accomplish Cadmus’s goal. After breaking out of the lab and establishing himself as the Kid of Steel, Superboy eventually received both Earther and Kryptonian names. He also helped found the Young Justice team, where he became good friends with the then-current Robin, Tim Drake.

Relevance To Season 2: We expect Superboy’s search for identity will dominate his Titans storyline and maybe even lead to the Luthor connection. We also expect he’ll end up calling himself “Conner” in some roundabout way. Maybe Raven (Teagan Croft) will think of it. 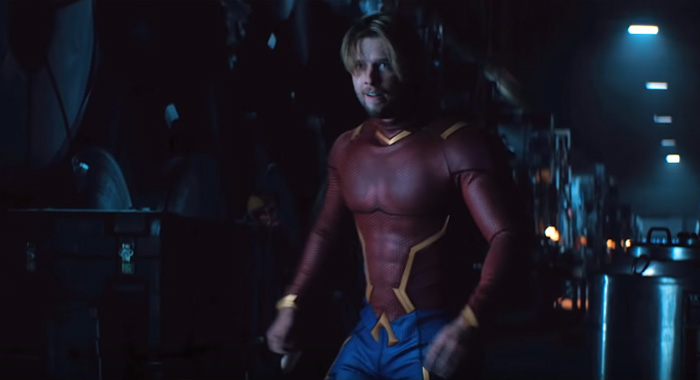 Background: Heir to the throne of an Atlantean colony, Garth was left for dead when the Atlantean ruling class declared him “inferior.” Saved by both Aquaman and his father, Atlan, Garth became Aquaman’s sidekick with very similar powers — though they changed to a mystical origin thanks to subsequent writers. Once Aquaman had his own family, Garth sought out new bonds and found it with the group of teen sidekicks known as the Teen Titans.

Relevance To Season 2: On Titans, it easy to see his status as a sidekick remains from the few glimpses of him in the trailer released a few weeks back. But it is unclear if he is still alive in the program’s present-day story. Is it possible his death led Dick Grayson to break up the original team? Considering his moments in the trailers appear to be flashbacks to the original Titans days, his demise is a possibility. 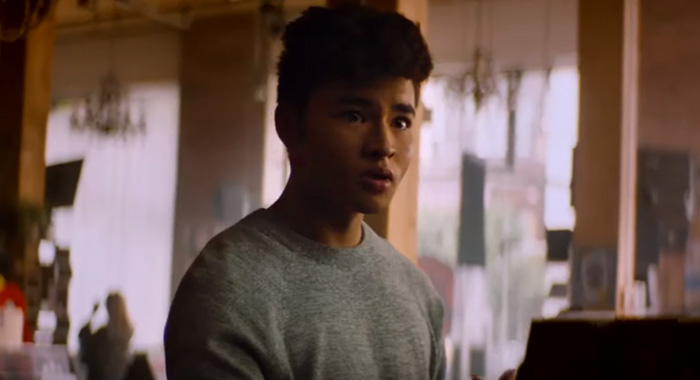 Background: The youngest son of Slade Wilson, Joseph lost the ability to speak at a young age when he was held for ransom. But he would eventually learn he could control others by establishing eye contact. Discovering his father accepted a contract to kill the Titans, he assumed the identity of Jericho, joined the team, and saved them from Slade’s plot. Unfortunately, souls previously corrupted by Trigon entered Jericho and slowly took possession of his body; leaving Slade little choice but to kill him.

Relevance To Season 2: With all that in mind, it is possible Trigon himself will attempt to possess Jericho should the Titans seemingly defeat him in the season premiere. Then again, Jericho may just be running from his infamous father — more on Deathstroke in a bit. Either way, Jericho will not be the new comic relief. That’s still Beast Boy’s (Ryan Potter) job. 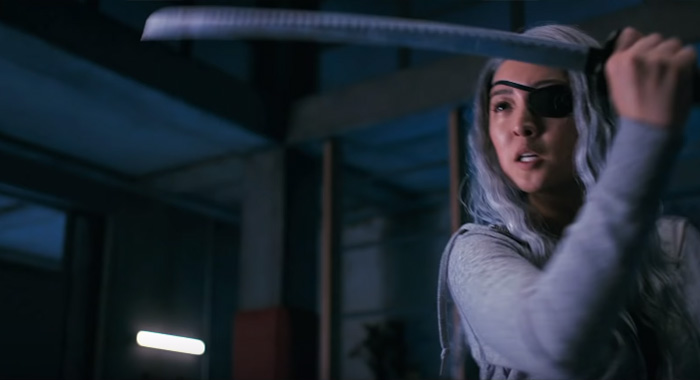 Background: The daughter of Slade Wilson and Hmong refugee Lillian Worth, Rose was raised not knowing about her father. He also knew nothing about her. Upon discovering the truth, he left her with the Titans believing she would quickly die staying with him. She soon exhibited precognitive abilities while training with the team. But because nothing is simple with Slade, he hired his own half-brother Wade DeFarge to threaten her life so they could bond over the shared trauma. His weird idea worked, though, as she ended up killing DeFarge and taking his costumed identity of Ravager. 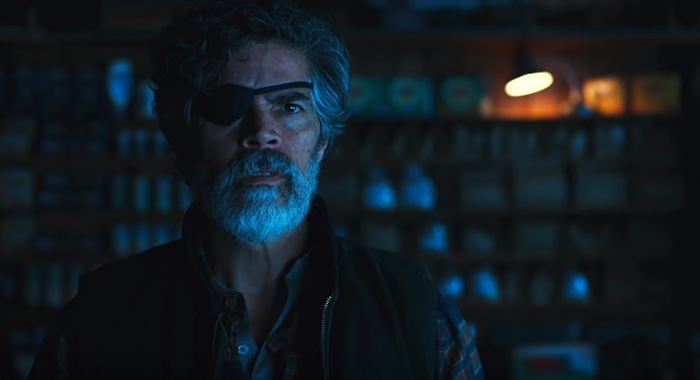 Background: You might think from the entries on his kids — or from his many appearances on Arrow and the Teen Titans animated series — that you have a handle on Slade Wilson. But his relationship to the Titans makes for a rather different take on Deathstroke this time around: an unequivocal villain with dubious morals and an “ends justify the means” philosophy. A gifted soldier, Slade was selected for an Army experiment to create supersoldiers. He received abilities like Captain America, but lost his dedication to the country and became a notorious mercenary. Being gifted in his trade, he was able to hide his real work from his wife and sons. Some years later, his older son Grant took up the family business and accepted a contract to assassinate the Teen Titans. When he failed — dying in the process — Slade picked up the contract, beginning a long enmity with the team.

Relevance To Season 2: And from the trailer, we know this enmity already exists on Titans with Dick disbanding the original team after an encounter with Deathstroke. Although it is unclear if the incident with Grant was the underlying cause of Dick’s decision. Deathstoke often vacillates between antagonist and antihero, but we hope to see the character thoroughly play the villain and manipulate the Titans as often as he attempts to kill them. 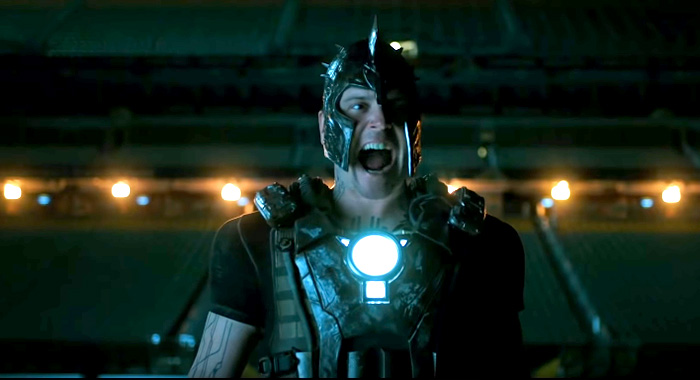 Background: After accidentally killing his S.T.A.R. Labs coworker and stealing his light-powered super-suit, Arthur Light became a minor antagonist to the Justice League and a more persistent, if laughable enemy to the Teen Titans. Essentially a comedy villain for many years, the 2004 miniseries Identity Crisis saw his past as a de-fanged children’s villain revamped into something more deadly and serious.

Relevance To Season 2: Considering the way Identity Crisis changed him, we expect Dr. Light to make a “blast from the past” appearance, illustrating the way the world has changed since Dick disbanded the team. That said, his light-powered armor glimpsed in a few moments during the trailer sure looks silly. But we wouldn’t put it past the show to give a us a big misdirection where Dr. Light is concerned. 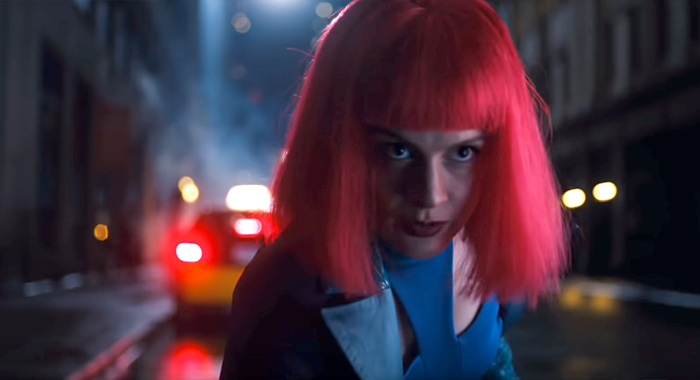 Background: An Australian metahuman sent to Markovia (of Black Lightning fame) to get a sense of morality, Shimmer ended up co-founding the Fearsome Five alongside her brother Baran, Dr. Light, and the villains Gizmo and Psimon. The group repeatedly fought the Titans before both Shimmer and her brother retired from their criminal careers. Psimon eventually killed her and Shazam archfoe Dr. Sivana used the promise of resurrecting her to convince Baran to join a new Fearsome Five.

Relevance To Season 2: Dr. Light’s present-day activities may include forming a Fearsome Five. But with dialogue in the trailer suggesting a past between Donna Troy (Conor Leslie) and Shimmer, we’re inclined to think the Titans’ sudden return will bring all of their old foes out of retirement. 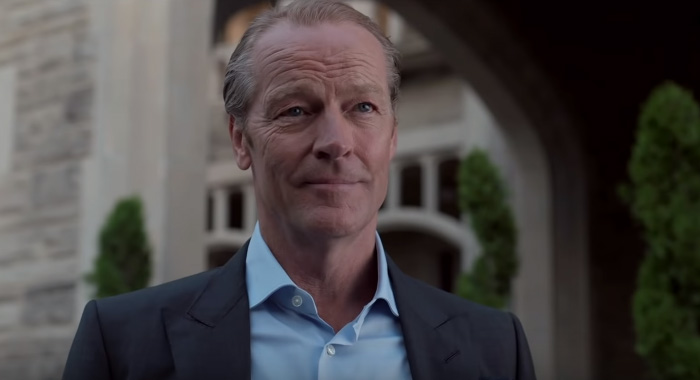 Background: After the death of his parents, young Bruce Wayne trained his mind and body to wage a one-man war on crime itself. He also eventually adopted Dick Grayson and drafted him into his war.

Relevance to Season 2: On Titans, Bruce’s choice to bring Dick into his crusade is treated in the first season as a form of abuse; motivating Dick’s reluctance to protect Rachel from her father or lead the group of new metas he discovered along the way. In the second season, we will see a much older Bruce ready to hand the cowl over to Dick. Considering the way Batman was framed last season, we expect this request to come with a lot of caveats and seem more like a poisoned chalice than the chance of a lifetime. Back in the comics, Dick eventually established his own identity — even if he has taken the mantle of the Bat a couple of times — and we expect his journey to finding that identity on Titans will be dramatized in his encounters with Bruce. Also, thanks to Identity Crisis, Batman and Deathstroke are considered opposite numbers in the DC Universe, so it is always possible they will come to blows as well.