Marvel's Shang-Chi gets a director, Tom and Jerry, Sesame Street, and the Sopranos movie get release dates, and new roles for Denzel Washington and Amy Schumer.

Today’s Ketchup brings you another 10 headlines from the world of film development news, covering such titles as the Sopranos prequel, the Sesame Street musical, and Marvel’s Shang-Chi.

JAMES GUNN REINSTATED AS DIRECTOR OF GUARDIANS OF THE GALAXY VOL. 3 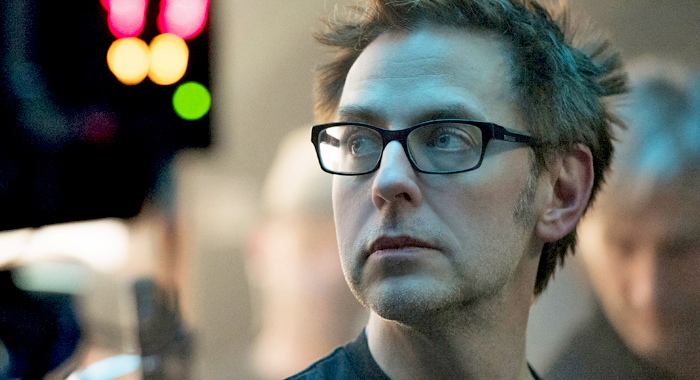 One of the biggest stories of 2018 was Disney’s decision to fire Guardians of the Galaxy director James Gunn from the third GotG movie over old-but-questionable Twitter jokes, which led stars like Dave Bautista to say he/they might not return for the sequel. Warner Bros. then signed Gunn to write and direct The Suicide Squad (8/6/2021), starring Margot Robbie and Idris Elba. Guardians of the Galaxy Vol. 3 is obviously a big deal for Marvel, and we never heard anything about a new director officially taking his place (notwithstanding Thor: Ragnarok director Taika Waititi, who quickly debunked such rumors). So, we can now report that Disney and Marvel have reached an agreement that reinstates James Gunn as director (and screenwriter) for Guardians of the Galaxy Vol. 3, which will start filming after Gunn wraps filming of The Suicide Squad for Warner Bros. Gunn’s apologies for the Tweets (which predated his hiring for the first Guardians of the Galaxy) were reportedly key to Disney President Alan Horn’s decision to rehire him for GotG 3. After the announcement was made, Gunn took to Twitter again, this time to thank his fans for their support.

Although Marvel Studios has not officially announced release dates for new movies past this summer’s Spider-Man: Far from Home (7/5/2019), we do know that both Black Widow and The Eternals are scheduled to start filming this summer for likely 2020 releases. (Marvel has “untitled” films scheduled for release on May 1 and November 6 next year.) 2018 was a big year for Marvel developing new movies, as Black Widow and The Eternals were also joined by Doctor Strange 2, Ms. Marvel (Kamala Khan), and Shang Chi: Master of Kung Fu. This week, Marvel made a move that suggests Shang-Chi is getting fast-tracked for a likely 2021 release, with the news that the directing job is going to Destin Daniel Cretton. This news also confirms that Marvel is applying a Black Panther-style production approach to Shang-Chi, as Cretton is Hawaiian and screenwriter Dave Callaham is of Chinese-American descent. Cretton’s hiring is also a sign that Brie Larson might co-star as Captain Marvel in the Shang-Chi movie, as she has starred in all of Cretton’s films as director (Short Term 12, The Glass Castle, and the upcoming Just Mercy, with Michael B. Jordan). Callaham’s Shang-Chi screenplay reportedly attempts to modernize aspects of the character’s back story, which drew heavily from 1970s exploitation tropes.

2. AVENGERS DIRECTORS SIGN ON FOR POST-MARVEL REUNION WITH SPIDER-MAN

Next month’s Avengers: Endgame will be the fourth Marvel Studios film for directing brothers Joe and Anthony Russo, with no indication (yet) that they’ll direct any future Marvel films. After 5+ years of focusing on their Marvel work, the Russo brothers are now lining up a movie that is only tangentially related to the studio, as Marvel’s current Spider-Man, Tom Holland, is now in talks to work with them on a film called Cherry. If he signs, Holland would star as Nico Walker, the author of the 2018 novel Cherry, based on his own experience as an “Army medic who returned from Iraq with extreme undiagnosed PTSD, fell into opioid addiction and began robbing banks. Walker was caught and convicted in 2011 and is scheduled to be released in 2020.” The Russo Brothers plan to start filming Cherry this summer. Meanwhile, they will also continue to produce TV adaptations of the 1979 film The Warriors and the horror video game Little Nightmares.

Later this year, Netflix is reportedly planning on their widest theatrical release to date for Martin Scorsese’s fact-based crime film The Irishman, produced on a budget of over $125 million. The Irishman doesn’t have a release date yet, but it seems likely to be aiming for the fall of 2019 during “awards season.” If The Irishman is 2019’s top awards-friendly mobster movie, HBO made a move this week to possibly stake out the same distinction in 2020. New Line Cinema has scheduled the newly retitled Newark (formerly The Many Saints of Newark), the prequel film to HBO’s The Sopranos, for September 25, 2020. Newark will be set during the 1967 Newark riots. Although we still lack some key details, we do already know that Alessandro Nivola will be the star as Dickie Moltisanti (Christopher’s dad), and that James Gandolfini’s son Michael Gandolfini is co-starring as the young Tony Soprano.  In related news, MGM also recently scheduled their musical biopic Respect, starring Jennifer Hudson as Aretha Franklin, for August 14, 2020.

4. TOM AND JERRY AND ANNE HATHAWAY’S SESAME STREET COMING IN 2021

Following the box office disappointment of The LEGO Movie 2: The Second Part, Warner Bros. is moving away from its plans for Minecraft and more LEGO movies. Instead, the studio is working on animated movies like Scooby-Doo (5/15/2020) and DC Super Pets (5/21/2021). Warner Bros added two more kid-friendly movies to their 2021 schedule this week with Sesame Street and Tom and Jerry. Anne Hathaway will star in the live-action Sesame Street musical now scheduled for January 15, 2021 (two weeks before Rugrats on 1/29/2021). The Tom and Jerry will be an animated/live action hybrid when it comes out on April 16, 2021 (two weeks after Fast and Furious 10 on 4/2/2021).

We’re just barely starting to see a resurgence of the romantic comedy genre with movies like Isn’t It Romantic and various titles on Netflix and the Hallmark Channel, but new projects are being announced regularly lately. Andy Samberg (Brooklyn Nine-Nine) will co-star with Cristin Miloti (who starred in the “U.S.S. Callister” episode of Black Mirror) in a romantic comedy called Palm Springs. Samberg will play a “carefree” man who meets a “reluctant maid of honor… [in] a chance encounter at a Palm Springs wedding.” J.K. Simmons (Whiplash, Spider-Man 2) will also have a supporting role.

Denzel Washington had a relative box office hit ($102 million domestically) with The Equalizer 2, and this week he signed on for a similarly mid-budget project for Warner Bros., starring in Little Things as a “burned out” rural California sheriff who teams up with a Los Angeles Sheriff’s Department detective to track down a serial killer. Little Things will be directed by John Lee Hancock, who has scored two Certified Fresh films  relatively recently with 2013’s Saving Mr. Banks and 2017’s The Founder. Warner Bros. is reportedly looking for another A-lister to play the detective, with hopes to start filming this summer.

7. AMY SCHUMER TO STAR IN ADAPTATION OF TONY-WINNING THE HUMANS

The rather ambiguously titled play The Humans, a family drama set around a Thanksgiving family dinner in an apartment in New York City’s Chinatown, had its premiere in Chicago in 2014 before going on to win the 2016 Tony Award for Best Play. A24 is preparing to adapt The Humans as a movie with stage actress Jane Houdyshell reprising her role, along with recognizable faces from film and TV. The most famous of these will be Amy Schumer, who will be joined by Steven Yuen (The Walking Dead), Richard Jenkins (The Cabin in the Woods), and Beanie Feldstein (who played the best friend in Lady Bird). The Humans will be directed by Stephen Karam, the playwright of the original play.

Whoopi Goldberg made her return to TV’s The View yesterday after weeks away due to a severe case of double pneumonia. Goldberg’s return came along with her signing on to voice an animated feature film called Pierre the Pigeon-Hawk. Like many animated movies, it’s going to feature an ensemble voice cast that includes Nick Cannon (in the title role), Kenan Thompson (Saturday Night Live), Jennifer Coolidge (American Pie), and E.G. Daily (Tomy Pickles from TV’s Rugrats). The animated musical will focus on a New York City piegon who was “born as a product of forbidden love between a hawk and a pigeon, [and] is rejected by both the pigeon and hawk communities.” This leads to an adventure at the Central Park Zoo where Pierre meets various animals (a bear, an owl, some squirrels, etc.).

Although critics did not overwhelmingly love the 2017 action movie The Hitman’s Bodyguard (Rotten at 42%), the Ryan Reynolds/Samuel L. Jackson vehicle did earn more than five times its production budget globally. That was apparently enough for its producers to move forward with a sequel, which started filming this week. Previously called The Hitman’s Wife’s Bodyguard, the sequel’s title is now the much simpler The Hitman (not to be confused with the movies based on the Hitman video game franchise). Three new cast members were announced this week, starting with Morgan Freeman, who was then joined by Antonio Banderas and Richard E. Grant (coming off his Academy Award nomination for Can You Ever Forgive Me?). (Frank Grillo from Captain America: The Winter Soldier also joined the sequel earlier this month).