Just in time for Halloween: a pitch-black meta comedy that makes sport of serial murder.

Ben (Benoît Poelvoorde), the skinny, hawk-beaked protagonist of the 1992 Belgian dark comedy Man Bites Dog, loves to talk about what he does for a living. In that respect, he is not unusual. Unless they have unforgivably boring trades, most people like to talk about what they do to make money, regardless of whether the people they’re talking to are interested in their work or not.

But the protagonist of Man Bites Dog doesn’t just love to talk about how he makes money, he loves to talk about everything. He’s a motormouthed know-it-all who happily discourses on politics, on architecture, on race, on sex, on the world and its myriad complexities. He is a man in deep and permanent love with the sound of his own voice, a man who talks to hear himself speak, a man so hopelessly narcissistic that the words pouring out of his mouth inherently fascinate him more than what anyone else has to say. He sees the world as an endless monologue rather than a conversation. His lack of curiosity about — and empathy for — others is total and all-consuming. He is trapped forever in the prison of self with no chance whatsoever of escaping, because he is not interested in escaping.

What is unusual is the line of work Ben is in. He kills people for a living. He kills people for revenge. But he also just plain kills people because he likes killing people. He sees himself as both a poet and an artist, and his art form is murder. It’s tempting to call him a serial killer, but the hallmark of a serial killer is that they kill in a consistent fashion, whereas Ben is more into improvisation, ad-libbing and seeing where each specific murder takes him. He’s John Cassavetes with a handgun.

When Ben spies a bottle of heart pills in an old woman’s apartment, for example, he realizes instantly that he can execute her through mere fright and surprise alone, and by triggering a fatal attack, he can save himself the cost and sound of a bullet. Ben is heartless in his pragmatism and pragmatic in his brutality.

Man Bites Dog takes the form of a fake documentary about a ragtag bunch of desperate documentarians and neophyte filmmakers who seize upon Ben as a most fascinating and transgressive subject. The film pulls off the grubby, sleazy look of an independent production by small-timers on the fringes of both society and show business because, in many senses, it was a grubby, sleazy independent production from small-timers on the fringes of the industry — in this case, massively overachieving student filmmakers who doubled as both the onscreen and behind-the-scenes talent. It’s an audacious reimagining of Henry: Portrait Of A Serial Killer as a dark comedy, and its tiny budget works in its favor.

I hate the word “mockumentary” because that cutesy and clumsy portmanteau suggests that the film in question will be fundamentally toothless, more a matter of glibly mocking its subject than satirizing it. Man Bites Dog is anything but toothless. Shot in stark, oddly beautiful black and white, the film was so purposefully excessive in its violence that, in the United States, it was tagged with the dreaded NC-17 rating, and rightfully so. Its premise may reek of bad-taste irony, but to its credit, it goes out of its way to make violence as unsexy as possible while still commenting incisively on our eternal obsession and attraction to it in all its forms, from slasher movies and torture porn to the violence on the nightly news. The film makes a point of going too far, in other words, and a neutered Man Bites Dog wouldn’t really be Man Bites Dog at all.

The dispiriting, deliberately banal violence begins when Ben snuffs the life out of a middle-aged woman on a train. There’s nothing vicariously enjoyable or slick about the murder. Ben has a ghoulish grin on his face that doubles as a look of intense concentration (as a true artist, he takes his art very seriously) but the killing itself is largely a matter of sweaty physical exertion.

Ben doesn’t seem particularly interested in the question of why he kills, but he is endlessly fascinated by the tedious details of murdering huge volumes of people and then disposing, hiding, or mutilating their bodies so that he does not get caught and lives to kill another day. He talks windily on the porousness of bodies and the differences in body and bone density, never needing a prompt to let loose with a gassy blast of verbiage.

But like all artists, he has his rituals. “I usually start the month with a postman,” he tells the documentary crew. At this point, they’re still ostensibly observing him from an anthropological or sociological distance. Though that changes over the course of the film, it initially makes sense, both for the sake of their art and also for the sake of not getting shot in the face by the mass murderer they’re filming. At the same time, the crew feeds into Ben’s sense of importance, as well as his sense that he is above the law and can commit his crimes in the semi-public eye without consequences. They make him the uncontested star of their movie, and in the process, they confirm his sense that, in this whole sick, sad world, he’s the only person who matters.

When a jubilant, post-murder Ben asks the crew if they will join him for a celebratory dinner, they nervously make excuses, but it isn’t long until he is controlling them through a variety of means. On one level, the crew is dependent on their subject, whose perpetual verbal diarrhea suggests Cheers’ Cliff Clavin with a body count, because they need his enthusiastic participation in order to get their documentary made. But they’re also dependent on him because he has money and a vested interest in helping the filmmakers realize their goals. Many egotists behave as if there is a film camera furtively following them around and recording their every thought, action, and crackpot idea for the benefit of posterity. In this case, Ben really is the star of his own movie, and for a man already devoid of empathy and a conscience, that is a dangerous proposition.

To drive that point home, Ben doesn’t just kill strangers, members of competing camera crews, or anyone who happens cross him. He also leads to the deaths of much of the film crew themselves. In one of the film’s biggest, most uncomfortable laughs (and pretty much every laugh is uncomfortable, as you might imagine), director Remy (Rémy Belvaux, who also co-directed, produced, wrote the story, and co-wrote the screenplay) tearfully admits that it’s tough to continue after one crew member’s death, but that he’ll do it anyway as a tribute to his fallen comrade. By this point, Remy’s moral compass is so hopelessly screwed up and upside down that this rationale probably makes sense to him.

It’s alarming how genuinely funny Man Bites Dog is, particularly in the early going. The filmmakers have demonic fun with the way the documentarians’ perspective switches gradually but dramatically from failed objectivity to complete subjectivity, transforming from fly-on-the-wall observers and would-be Maysles Brothers into sidekicks, facilitators, and glorifiers — Renfields to the chatterbox sociopath’s Dracula.

But the film grows decidedly grimmer as it proceeds and the blood-splattered dark comedy of awkwardness and amorality of its first act gives way to a sometimes hard-to-watch exploration of how weak, seemingly ordinary people can grow sociopathic and cruel when bullied and manipulated by stronger, more forceful tyrants, petty or otherwise. There are montages of Ben killing people in rapid-fire succession, one after another, until it’s impossible to keep track of all the killings, and they blur together into one giant mass of blood-soaked brutality. Then, deep into the film, the crew members stop being observers  — and subsequently reluctant collaborators —  and become enthusiastic participants in Ben’s crime spree. There is an absolutely horrifying sequence where the documentarians — and by extension the film itself — crosses a point from which it can never return, when the crew participates in the gang rape and murder of an entire family.

It’s hard to watch Man Bites Dog and not think of other situations where a murderous strongman was able to coerce a docile populace into doing unconscionable things. It’s hard to look at Ben’s rampage through the city and his influence on the film crew without being reminded of Hitler’s rise and the way other dictators seemingly hypnotized billions of people over decades into doing unspeakably vile things just to survive.

Man Bites Dog asks why we’re so mesmerized by killers, why they seize our imagination. What is it about this ultimate transgression that proves so endlessly fascinating to storytellers? What is at the root of our infernal blood lust? Ben is front and center in every way. He doesn’t just command the screen; his ferocious ego demands it as well. He’s one of the most magnetic monsters in indie film history. But what makes Man Bites Dog as jarring and powerful now as it was nearly a quarter of a century ago is the way it doesn’t just implicate the deranged blowhard at its core, but also the documentary crew — and, by extension, an entertainment world — that fetishizes killing and killers and violence and murder to the point where the obsession can’t help but bleed into the real world and affect the imaginations of fragile minds.

The film goes further still by implicating its two overlapping audiences: the one implicit in the film, ostensibly interested an edgy, revolutionary documentary about the personification of evil that ultimately becomes an amoral, utterly insane snuff film; and the one viewing Man Bites Dog itself, a blackly comic go-for-broke satire of our love for violence and the awful places it can take us, as both producers and consumers of bloody entertainment.

The theme of real life violence functioning as crowdpleasing entertainment has reappeared continually in the decades since Man Bites Dog presented its jaded world, in films as modest as Series 7: The Contenders and franchises as massive and international as The Hunger Games. Yet Man Bites Dog retains its power to horrify because it has much more on its mind than mere shock. The heartless brutality of the murders linger in the mind, but the film’s provocative and uncompromising ideas do as well. 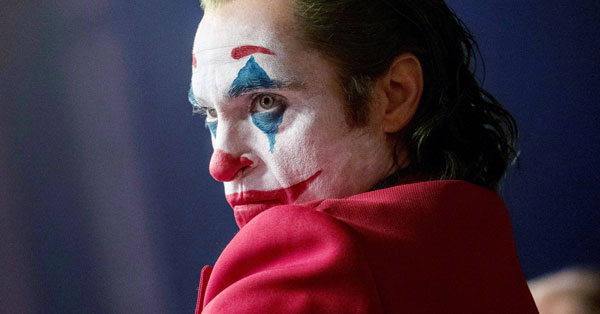