Friday night’s PaleyFest welcomed the cast of Mad Men to the Dolby Theater for an evening of fond memories — because what else are you supposed to do when you’re not allowed to say anything about the upcoming season?

Show creator Matthew Weiner, famous for keeping future storylines under wraps, addressed the crowd, who couldn’t help but groan after the announcement that they would be watching the finale of season 6, rather than the premiere of season 7. Still, the panel was an engaging and enlightening evening for Mad Men fans.

Here are the highlights:

Jon Hamm’s staring contest: Hamm, who never looked sharper in a checkered three-piece Dunhill suit, stole the night when he engaged the moderator in a staring contest — which felt like forever, but probably lasted 45 seconds.

Pete’s receding hairline: When asked by an audience member if Pete Campbell will keep losing his hair, Kartheiser deadpanned, “I don’t know how far we’re going to take it. I do know we can’t take it much further. My hair regimen has gone from 15 minutes to an hour 45.”

Don’s apology to Sally: Regarding the scene in which young Sally walks in on her dad doing what no child (including adult children) should ever have to witness, Hamm called out “Sorry about that.”

Elisabeth Moss’ NY Mag cover: When Schneider held up last week’s cover of story of New York Magazine — “Elisabeth Moss Has Been the Star of Mad Men All Along” — she protested, “I didn’t write that story.”

Joan on ending the show: “I think about a lot,” Hendricks said. “It’s going to be hard for me; I’m already grieving. You try to prepare yourself, but you have no idea because I have never had an experience like this. I’m just bracing myself … and savoring every last second.”

Moss and Weiner’s text messages: “I was texting Matt and I said I was starting to feel the boulder in my chest,” Moss said. “It’s starting to sink in that we’re going to have to say goodbye to not only this work and the characters, but this sort of family.” Then, to lighten the mood, she added, “I don’t plan on seeing these people ever again.”

Hamm’s denial and acceptance: “We’re in some phase of grief at this point; it’s probably denial,” Hamm said. “Because we are collectively starting to realize that the end is coming faster than we thought it was, and there’s nothing to do to prepare for it. It just is.”

Robert Morse and the magic ‘moments’: “Sometimes, we are like ‘Oh my God, what a moment!,’ but we don’t think of it as a moment [when we’re shooting],” said Morse. “We’re like, ‘What is my goddamn line? Where should I move?'”

Shooting the pilot: Elisabeth Moss recalled, “I remember and Matt remembers, when we shot the pilot at Silver Cup Studios [in New York] and we were on the roof, watching the skyline, and we were like, ‘That was really wonderful’ and ‘I hope I get to come back and do it again.’ It was just this simple, honest moment and eight or nine years later, I look back on that with a lot of fondness. It was really special to me.”

Putting a ring on it: For Jessica Pare, her best Mad Men memory was when she had her finger measured for an engagement ring (because when Don Draper’s about to propose, it’s just as exciting when it’s make-believe).

Will Betty and Don get back together? “Probably not,” said Hamm with a smile.

What’s going to happen with Joan? “She’s making it happen on her own and sharing her feelings and emotions about it,” said Hendricks. “She’s gauging where her strengths are. Ultimately, Joan is a protector and nurturer and she is figuring out the best way to take care of her son and to protect her family.”

Don’s hit rock bottom. Now what? “There’s one principle to Don: he’s a survivor. He rises to the challenge.”

Where does all this leave Peggy? “I don’t think she’s figured it out yet but she’s starting to ask the right question, which is: Who am I?” Moss said. “I think she’s finally figuring out that her role is to be who she is.”

Check out photos from PaleyFest 2014 for Mad Men here. 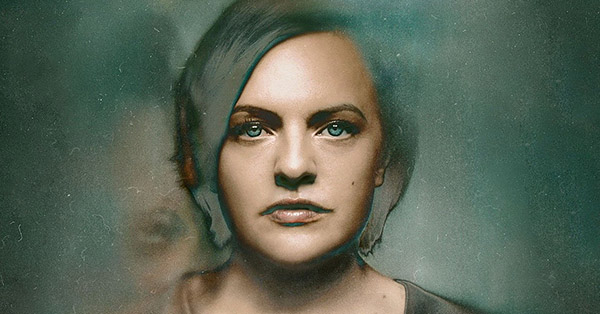 Shining Girls: Elisabeth Moss and Her Costars Offer 8 Things To Know About the Genre-Bending Thriller