The Lost and Hawaii Five-0 actor will play Fire Lord Ozai in the Netflix project. Plus, Stranger Things Day lineup announced, The Book of Boba Fett trailer and more of the week's top TV and streaming news.

A major casting for the Avatar: The Last Airbender live-action series and The Book of Boba Fett trailer are big news this week in TV and streaming. Plus, Regina King teams with David E. Kelley for a Netflix limited series, the Law & Order revival gets a series lead, and more. 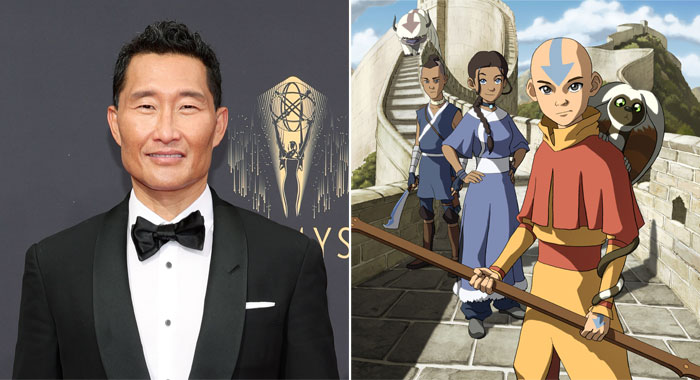 As if fans weren’t already excited about the live-action take on the Nickelodeon animated gem Avatar: The Last Airbender, the Netflix project now has a fan-favorite actor in its cast: Lost star and The Good Doctor executive producer Daniel Dae Kim.

Kim will play Fire Lord Ozai, the Fire Nation leader who demands excellence of everyone, especially his teenage son Prince Zuko. Ozai is driven by what he believes is his destiny to unite the world under firebender leadership. 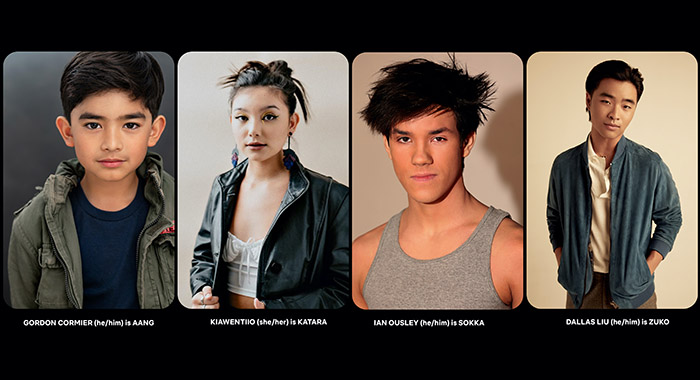 (Photo by courtesy of Netflix)

Albert Kim (Nikita) is the showrunner for the live-action series, which previously announced cast members Dallas Liu as Zuko, Gordon Cormier as Aang, Kiawentiio as Katara, and Ian Ousley as Sokkas.

Kim, who also starred in Hawaii Five-0, Hellboy, and The Divergent Series, will next be seen in the Nat Geo limited series The Hot Zone: Anthrax with Tony Goldwyn. The series revolves around the post-Sept. 11 anthrax attacks in 2001.

NEW TRAILERS: The Book of Boba Fett: There’s a New Sheriff in Jabba the Hutt’s Town

The Book of Boba Fett is the upcoming spin-off of The Mandalorian, starring Temuera Morrison and Ming-Na Wen as the titular bounty hunter and assassin Fennec Shand, respectively, who take over Jabba the Hutt’s kingdom. Much of the casting for the series remains under wraps, but Jennifer Beals will also star. Premieres Dec. 29. (Disney+)

Read Also: Everything We Know About The Book of Boba Fett

More trailers and teasers released this week:
• PEN15 is back! The Emmy-nominated comedy, revolving around Anna Konkle and Maya Erskine playing teen versions of themselves and the traumatic  days of their junior high friendship. Premieres Dec. 3. (Hulu)
• 14 Peaks: Nothing Is Impossible is a documentary that follows Nirmal “Nimsdai” Purja, a fearless, fun-loving Nepali climber on a quest he dubs “Project Possible”: to summit all 14 of the world’s 8,000-meter mountains in just seven months, breaking the previous record of seven years. Premieres Nov. 29. (Netflix)


• Atlanta, season 3, is finally gonna happen, and we know this for sure because of this teaser, which, after showing various abandoned places with a Sun Ra soundtrack, ends on a close-up of Paper Boi (Brian Tyree Henry). Stars Donald Glover. Premieres 2022. (FX)
• Kevin Garnett: Anything Is Possible is a documentary about the NBA superstar and how his decision to become the first player in two decades to go directly from high school into the NBA reverberated beyond the league. Premieres Nov. 12. (Showtime)
• Saved by the Bell, Season 2, will find the crew at Bayside High preparing for the Southern California School Spirit Competition. As for the more, ahem, mature members of Bayside, they will be giving a shoutout to their pal Screech, played by the late Dustin Diamond. Premiere Nov. 24. (Peacock)
• Animal is a docuseries that follows eight families, in nature. Narrators include Bryan Cranston, Rebel Wilson, Pedro Pascal, and Rashida Jones. Premieres Nov. 10. (Netflix)
• Harlem is a new comedy about a group of stylish ambitious best friends living in Harlem. The series is created, written, and executive produced by Girls Trip co-writer Tracy Oliver. Starring Meagan Good, Grace Byers, Shoniqua Shandai, and Jerrie Johnson. Premieres Dec. 3. (Amazon Video)
• Joe Millionaire: For Richer or Poorer is Fox’s reboot of that original poorly-conceived reality series they premiered nearly 20 years ago. This time, one of their bachelors will be poor and one will be rich, and the bachelorettes won’t know which is which when they’re trying to “win” the competition. Run, women, run! Premieres in 2022. (Fox) 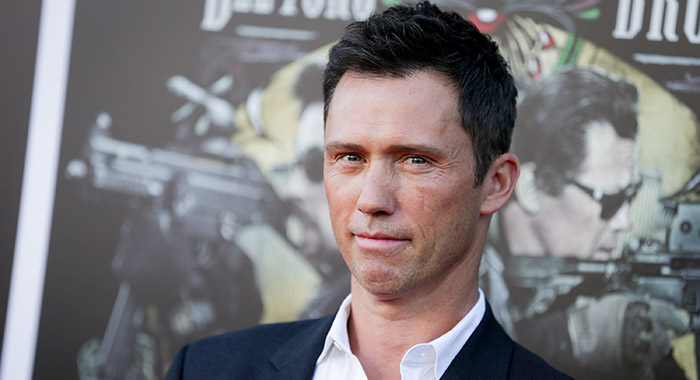 Burn Notice star Jeffrey Donovan has signed on to be the lead in NBC’s upcoming revival of the original Law & Order series. Donovan will play a new NYPD detective in the series, while stars of the original series Sam Waterson and Anthony Anderson, Deadline reports, are said to also be in talks for the show.

Emmy and Oscar winner Regina King is teaming up with David E. Kelley for the Netflix limited series A Man in Full, based on the 1998 novel of the same title from Tom Wolfe, about an Atlanta real estate mogul who’s facing bankruptcy and must ward off those who are trying to capitalize on his misfortune. King will direct the first three episodes of the series as well as executive produce. Kelley will write and serve as showrunner. (Variety)

Modern Family star Sofia Vergara will star in the Netflix limited series Griselda, playing the Colombian drug lord known as The Black Widow. The six-episode series will be produced by Narcos and Narcos: Mexico showrunner Eric Newman. Vergara will also be an executive producer on the project. (THR)

Upcoming Saturday Night Live hosts and musical guests: Lovecraft Country and The Harder They Fall star Jonathan Majors and Taylor Swift (making her fifth SNL appearance) on Nov. 13, followed by Kim’s Convenience and Shang-Chi and the Legend of the Ten Rings star Simu Liu with Saweetie as musical guest on Nov. 20. Succession star Kieran Culkin and Ed Sheeran *who was cleared to perform after quarantining when he tested positive for COVID,” host and perform, respectively on Nov. 6.

Tracy Morgan will be the new lead voice on the final season of Adult Swim’s Squidbillies, which premieres on Nov. 7.

Homeland star Rupert Friend, Matt Dillon, Bernadette Peters, Christine Taylor, Brad Garrett, and Weruche Opia have joined the cast of the Apple TV+ comedy High Desert, starring Escape at Dannemora Patricia Arquette as an addict who becomes a private detective after the death of her mother. Arquette and Ben Stiller are EPs on the limited series.

Gael García Bernal will star in a Disney+ werewolf Marvel Halloween special called Werewolf by Night. There have been two separate Marvel versions of the character, including the most recent one, Jake Gomez, a Native American whose tribe is being exploited by an evil pharmaceutical company. (The Wrap) 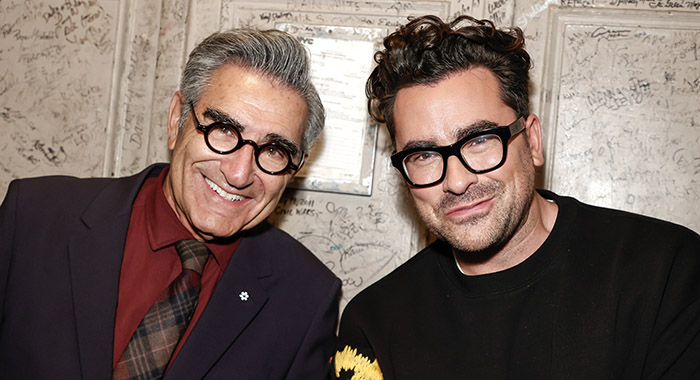 Father and son Schitt’s Creek Emmy winners (and current New York Times bestselling authors) have lined up their post-Creek TV project, and they’re both reality series. At Apple TV+, Eugene Levy will host and executive produce The Reluctant Traveler, which will find him traveling the globe to see, stay in, and meet the people of some of the most incredible places in the world, “as he doesn’t have to battle his motion sickness, and still gets dinner at 7.” Dan Levy, meanwhile, has created The Big Brunch at HBO Max, a cooking competition that will spotlight people from all across the country who know how to make brunch special. Foodie Dan will executive produce the series, and has already encouraged chefs to apply.

John Wick creator Derek Kolstad will executive produce Candygram, an ABC drama about a street-smart Las Vegas resident who finds out her skills are just what the local CIA office needs when they recruit her.

Jason Sudeikis, Jean Smart, Mark Hamill, Rosario Dawson, and Ed Harris will participate in a virtual table read of It’s a Wonderful Life in a one-night-only event that will benefit The Ed Asner Family Center, in partnership with Turner Classic Movies and sponsored by MeTV. Mandy Patinkin, Martin Sheen, Lou Diamond Phillips, Phil Lamarr, Ben Mankiewicz, Ron Funches, and Cheers star George Wendt, who will be voicing Uncle Billy to George Bailey, played by his real-life nephew Sudeikis, will also participate in the event, which will pay tribute to the late Asner, and raise money for the Family Center, which promotes mental health and enrichment programs to children with special needs and their families. Tickets are available at edasnerfamilycenter.org.

Apple TV+ has announced a docuseries about legendary NBA Hall of Famer Magic Johnson. The four-part series, which follows the Lakers superstar from Michigan through his five NBA Championships, community activism, entrepreneurial successes and culture-shifting announcement about his HIV diagnosis (which happened 30 years ago on Nov. 7, will include exclusive interviews with Johnson and never-before-seen footage from his playing days. 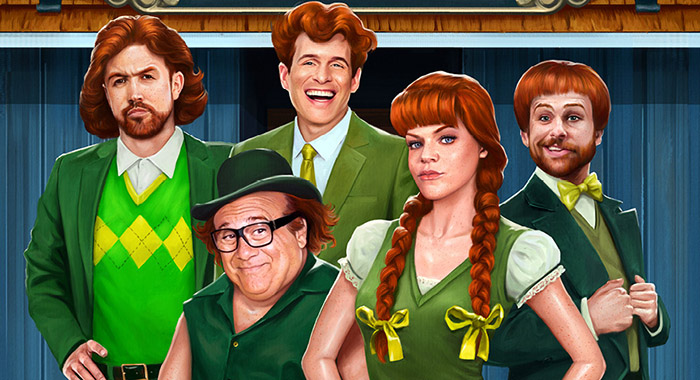 FXX has announced that the 15th season of It’s Always Sunny in Philadelphia will premiere on Dec. 1, which make the comedy officially the longest-running live-action comedy in TV history, unseating The Adventures of Ozzie & Harriet.

Ratings have indicated audiences may be growing bored of the antics of some of the Real Housewives casts. So Bravo has something new in mind: The Real Housewives of Dubai, which will premiere on the network next year.

Comic book and movie creator Todd McFarlane has set up a dedicated television division of his McFarlane Films company, with two projects already in development: McFarland, from Reno 911! creator Thomas Lennon, a stop-motion, animated event series described as “as Night at the Museum meets Toy Story in Twin Peaks” and featuring McFarlane toys; and Thumbs, a live-action drama based on the bestselling graphic novel by Sean Lewis, about a gamer trying to win an esports scholarship only to find out he’s getting mixed up with some very bad people.

Ed Sheeran says he is an obsessed Ted Lasso fan, and will be writing a song for the show’s upcoming third season. 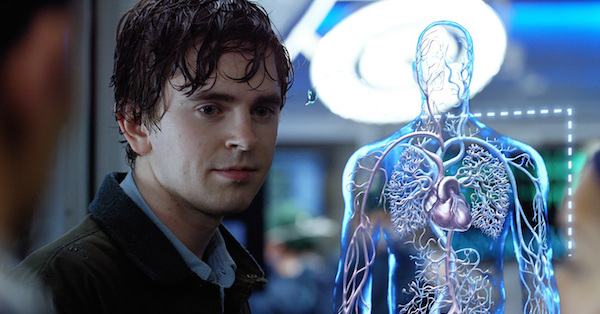 Stars of Lost: Then and Now