Production has already begun on a new take on AA Milne's classic.

Walt Disney Animation and Pixar COO John Lasseter took to London’s Leicester Square this morning to present two hours worth of future Disney/Pixar animation and RT was there to take it all in. Amongst the presentations, news that Mandy Moore would voice Rapunzel and that Timothy Dalton had joined the cast of Toy Story 3, and the first half-hour of The Princess and the Frog. But the tastiest treat was the announcement of a brand-new Walt Disney animated film — a fresh take on AA Milne‘s classic Winnie the Pooh based on five of the author’s original stories.

The announcement, Lasseter said, marked the first time in more than 35 years that a feature film starring the characters has been produced at Disney. In addition to showing classic clips of the original film, Lasseter played a video showcasing new artwork, while directors Steve Anderson and Don Hall talked about their vision for the movie. The art was much in the classic style of Winnie the Pooh and the creative team, including producer Clark Spencer, discussed plans to honour Disney’s classic animations, the spirit of AA Milne’s stories and the world of the Hundred Acre Wood. Throughout Lasseter stressed that the new film wouldn’t just appeal to small kids and their parents, but rather would offer an entertaining adventure for the whole family.

Lasseter also spoke of how Burny Mattinson, one of the few animators still working to have worked with Walt Disney himself, had brought his experience to bear on the project. Mattinson worked as an animator on the original Winnie the Pooh and the Honey Tree featurette in 1964 and will serve as lead story artist on the new film.

The film is set to arrive in cinemas in Spring of 2011. 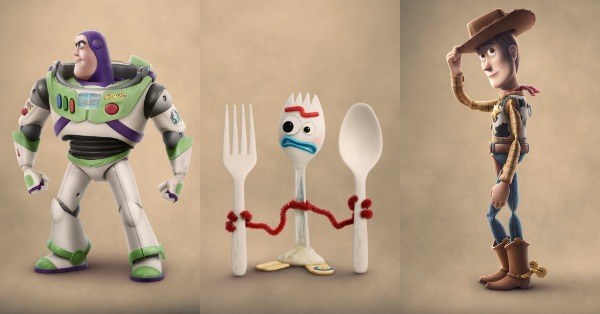 Everything We Know About Toy Story 4