FX’s Justified, starring Timothy Olyphant, Walton Goggins, Nick Searcy, and Joelle Carter, had its final showdown Tuesday night. Was it a satisfying ending to the series’ six-season run? The critics weigh in on “The Promise” and whether or not it delivered. [Warning: spoilers ahead!]

Did Justified do right by the characters?

Holly Anderson, Grantland: As victory laps go, Art drolly extolling the relative exercise benefits of target shooting is way, way up there, but for more serious reasons later on in the hour, it’s a very good thing to have Art back in Raylan’s corner.

Alan Sepinwall, HitFix: The finale gets to have its cake and eat it, too, by avoiding a Raylan/Boyd gunfight and instead giving us one between our hero and his mustachioed imitator — and, in a continuation of Raylan’s slight maturity, making it a duel that Boon wants far more than our hero.

How well did it honor Elmore Leonard?

Seth Amitin, IGN Movies: Like a good book, we put down the remote and felt satisfied. Elmore Leonard would be proud.

Kevin Yeoman, ScreenRant: Justified ends its six-season run in a manner befitting the spirit of the series, its protagonist Raylan Givens, and, certainly, author Elmore Leonard. That is to say: on its own terms and with its own unique voice.

Did the series come full circle?

James Poniewozik, TIME Magazine: “The Promise” uses its callbacks to give us the happiest ending this show can: suggesting that, with work, old patterns can be broken.

Kristi Turnquist, The Oregonian: Their story has circled around to end exactly as it should. And contrary to the song — and our expectations — all of the major characters in Justified did get out of Harlan County alive.

Joanne Ostrow, Denver Post: The seasons felt like chapters, the entire endeavor was literate TV. No surprise, then, that the tale came full circle in the finale.

Allen St. John, Forbes: Justified, a series that has been nothing if not confounding, ends in a way that’s, well, confounding.

Where were the shocking deaths?

Alisdair Wilkins, AV Club: That’s the kind of storytelling decision a series finale should have, one that is simultaneously unexpected and inevitable.

Hal Boedeker, Orlando Sentinel: Fans may have expected a fiery fadeout, but Justified delivered something else that was so satisfying. The distinctive series left on its own colorful, personal terms.

Kyle Fowle, Entertainment Weekly: The finale manages to subvert everything we know about how noir-tinged, contemporary Westerns should end (with a violent shootout, right?) while also never straying into easy sentimentality or a tidy finish.

What about the end of the episode?

Matt Zoller Seitz, New York Magazine/Vulture: The end might be the best cut to black since the end of The Sopranos, though of course the artistic intent could not be more different. We saw what happened, we know what it meant, now it’s all over.

Jack McKinney, Paste Magazine: I said earlier that the mark of a truly great series finale is for the audience to look back and wonder how they ever thought that it could end differently. Was there ever really any other acceptable ending than one last Raylan/Boyd conversation?

What was the lasting impression of the series?

Tim Goodman, Hollywood Reporter: It’s important to remember that series finales are so fraught with peril that judging them is always a difficult task — but this one was a resounding success.

Maureen Ryan, Huffington Post: Justified was always about transcending something, which makes it appropriate that the show’s ending transcended my expectations.

Courtney Vaudreuil, TV Equals: It’s a sad day for Justified fans, but I’d like to say thank you to the writers for giving us a final episode that was true to the characters, entertaining, funny, sad, and sentimental.

Season six of Justified is Certified Fresh at 100 percent. What did you think of the series finale? Let us know in the comments below. 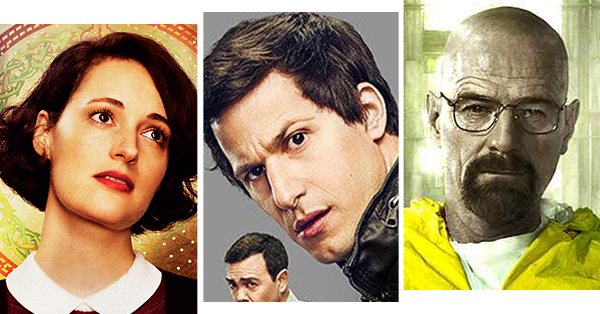