This week’s Ketchup brings you another ten headlines from the world of film development news (those stories about what movies Hollywood is working on for you next). Included in the mix this time around are stories about such titles as Batgirl, The Lion King, and remakes of Akira and Escape from New York. 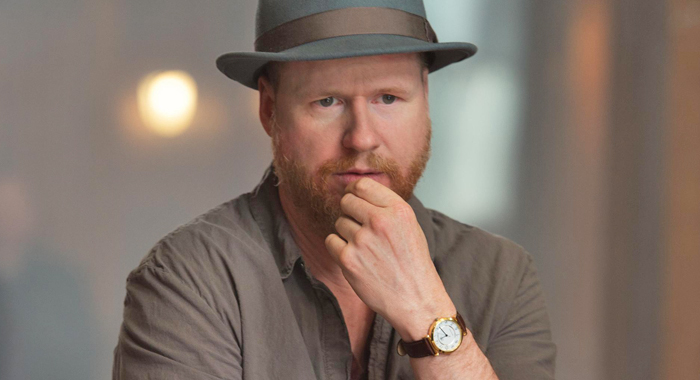 Ever since Man of Steel, fans and critics alike have opined that WB and DC would do well to emulate the lighter tone of Marvel’s MCU, which has benefited greatly from the influence of directors like Joss Whedon. Although Whedon’s Avengers was technically the sixth MCU film, the argument could be made that his influence was felt well before the film debuted in 2012. Obviously, WB/DC shouldn’t outright copy anything Marvel Studios has done, but they’ve already taken a major step, as Warner Bros is nearing finalization of a deal with Joss Whedon to write, direct, and produce a solo Batgirl movie. It also sounds like WB might be looking to release Batgirl before the Harley Quinn spinoff Gotham City Sirens. There’s already a report that Whedon will be using the “New 52” version of Batgirl as the basis for his film, and that’s already somewhat controversial. There’s no word yet on who might star in Batgirl, but this poll might give you an idea of some of the possibilities. There’s also no release date yet, but there’s a chance it might be fast-tracked for release in 2018 or 2019 (this story about WB wanting to release a surprise movie in 2018 predates knowledge of any plans for a Batgirl movie).

1. DISNEY HOPES BEYONCE WILL VOICE NALA IN THE LION KING

Just last month, Walt Disney Pictures and director Jon Favreau (Iron Man, The Jungle Book) went big with their first casting news for the live-action Lion King remake, revealing both that Donald Glover (TV’s Community, and the new Lando Calrissian) would voice Simba, and that James Earl Jones would return to voice Simba’s father, Mufasa. There are, however, a lot of characters in The Lion King (just like The Jungle Book), and this week, we learned that the singer/actress that Disney hopes to recruit to voice Nala (aka Simba’s future wife) is pop superstar (and sometimes actress) Beyonce. It’s worth noting that Nala doesn’t have any solo songs in The Lion King, so it’s not unreasonable to speculate that — in addition to her being, you know, Beyonce — part of the allure for Disney is the possibility that she might contribute a new, original song for the film. There is no official release date yet, but June 15, 2019 will be the film’s 25th anniversary.

2. SCREENWRITER AARON SORKIN WANTS TO DO A COMIC BOOK MOVIE

We now live in what many call a second golden age of television, but we should also remember the TV creators who excelled before all of this changed, like Aaron Sorkin, who won an Oscar for The Social Network but is probably best remembered for the (arguably prophetic) NBC drama The West Wing. Sorkin’s trademark writing style is characterized by mile-a-minute, rapid-fire dialogue, often with a large ensemble cast, and topical subjects like sports, politics, and social media. He’s probably not, in other words, the first person you’d call to write a comic book movie (and especially not a “superhero” movie). That’s all about to change, because the news broke this week (via a video interview at ComicBook.com) that Aaron Sorkin has upcoming meetings with Warner Bros (for their DC Comics properties) and with Marvel Studios about possible projects he can work on. That’s unfortunately all we know at this point, but the possibilities are definitely intriguing. Here’s Aaron Sorkin’s impressive Tomatometer record, which hasn’t produced a Rotten score since 1993’s Malice.

This week at CinemaCon in Las Vegas, Fox Animation and STX Entertainment both announced new musical movies that both involve famous figures from the world of pop music. First off, the Fox’s project, called Atlantis, will be based on Pharrell Williams’ childhood growing up in Virginia Beach, although what that means exactly is not known. Williams will be producing, but it’s not clear how much music (if any) he’ll contribute to the film. Atlantis is being written by screenwriter Martin Hynes, who is also working on Toy Story 4 and Universal’s reboot of Curious George. The project that STX Entertainment announced is an animated adaptation of the Andrew Lloyd Webber musical Joseph and the Amazing Technicolor Dreamcoat, based on the Biblical character. Elton John’s Rocket Pictures is producing this new movie, which will feature new songs written Tim Rice and Andrew Lloyd Webber, as well as songs from the original stage musical. Donny Osmond previously starred in a 1999 direct-to-video version of the musical.

If you’re a fan of film noir, Raymond Chandler’s detective character Phillip Marlowe is something of a big deal, appearing in such classics as Murder, My Sweet, Humphrey Bogart’s The Big Sleep, and Robert Montgomery’s Lady in the Lake. Elliott Gould played the character in Robert Altman’s The Long Goodbye, and Robert Mitchum twice took on the role, in 1975’s Farewell My Lovely and in 1978’s The Big Sleep. Soon, we’ll be able to add Liam Neeson to that esteemed list of Marlowe actors, as Neeson is attached to star in a film called simply Marlowe, based on a screenplay by William Monahan, who won an Academy Award for Martin Scorsese’s The Departed. Marlowe will be an adaptation of the novel The Black-Eyed Blonde, which was actually written by Benjamin Black (and not Marlowe’s creator Raymond Chandler).

In addition to the news about Joseph and the Amazing Technicolor Dreamcoat, STX Entertainment had another big announcement at CinemaCon this week in Las Vegas. Mark Wahlberg and director Peter Berg (Patriots Day, Deepwater Horizon) are reuniting for a new action franchise that will start with a film called Mile 22., which was originally announced in 2015 with UFC fighter Ronda Rousey also attached to star alongside Wahlberg. Mile 22 is about “a CIA agent stationed in Indonesia who has to transport an informant from a city to a getaway plane at an airport 22 miles away.” Wahlberg is also now in talks with director Ridley Scott to costar in All the Money in the World, a fact-based movie about the 1970s kidnapping of millionaire heir John Paul Getty III. Kevin Spacey and Michelle Williams (stepping in to replace Natalie Portman) are also in talks for roles in that film.

We try not to repeat stories too often here in the Weekly Ketchup, but when enough “new news” comes out about a given film, it makes sense to revisit it. Last year, we reported on an R-rated Universal Pictures musical about a pair of pilots that Joseph Gordon-Levitt and Channing Tatum would be co-starring in together. Well, now we know the musical is called Wingmen, and Gordon-Levitt, who made his directorial debut with 2013’s Don Jon, is officially in talks to direct it as well. For the rest of what we know about Wingmen, here’s what we already knew last year: Wingmen will be produced by Marc Platt, whose credits also include Ricki and the Flash, the long-in-development Wicked movie, and La La Land. The premise is not yet known, except that it involves a pair of pilots who go off on an adventure, and it’s being written by screenwriter Michael Bacall, who previously worked with Tatum on the two 21 Jump Street movies (Bacall also cowrote Scott Pilgrim vs the World with Edgar Wright). We should also report that Channing Tatum was in the news this again week for producing a comic book adapation called Zombie Brother.

When you’ve been covering film development news for nearly 20 years like this writer has, there are just certain projects you get bone tired of writing about. It’s a combination of how long it takes some movies to get made, the persistence with which producers chase these projects, and, in many cases, the fact that some movies weren’t particularly interesting the first time you heard about them, much less the 10th or the 15th. One example is the remake (strike one!) of the 1981 John Carpenter classic (strike two!) of the Kurt Russell classic (strike three!), Escape from New York. 20th Century Fox still wants to remake the cult favorite, and the studio has started negotiations with Robert Rodriguez (Spy Kids, Desperado, Sin City) to direct. There is no word yet about who might play Snake Plissken or any of the supporting roles in the original film (if Luther creator Neil Cross’ screenplay even includes them). Some fans have speculated that the remake could distinguish itself by gender-swapping its Snake Plissken. (Anyone care to see what Emily Blunt might look like wearing an eyepatch and black halter top?)

2. WARNER BROS WANTS JORDAN PEELE TO DIRECT THEIR AKIRA REMAKE? GET OUT!

In the tradition of famous memorandum composers like David O. Selznick and Darryl F. Zanuck, we’d like to pen one of our own here, and we’ll make it short. Make it out to Warner Bros, with a cc to Paramount and a bcc to every other major Hollywood studio. “Please stop trying to make live-action adaptations of anime and manga classics. Sincerely, GDS, RT, and your audience in general, at large.” As this column goes live today, Paramount opens their live action remake of Ghost in the Shell, and it’s not doing so well., but Warner Bros also attracted headlines with their very-long-in-development adaptation of the anime and manga classic Akira. The beloved 1988 film turns 30 next year, and apparently Warner Bros is looking to capitalize on that. The studio has been through several potential directors already, including Albert Hughes (The Book of Eli, Dead Presidents), Daniel Espinosa (last week’s Life), Justin Lin (Star Trek Beyond), and others, but according to discussions heard (or overheard) at CinemaCon this week, WB is now “moving aggressively to lock on” director Jordan Peele, who is hot off the success of his directorial debut, the racially charged surprise hit horror/thriller Get Out. Get Out is currently the best-reviewed film of the year so far, so this isn’t a “Rotten Idea” for anything to do with Jordan Peele; rather, it has so much more to do with trying to make live-action manga or anime adaptations happen. Not everything needs to be a movie, and some, like Akira, already are great movies. (And heck, you can even watch it right now on Hulu!)

According to a new report from Variety, Netflix’s latest Marvel series, Iron Fist, attracted more eyeballs during its premiere weekend than Luke Cage, Season 2 of Daredevil, and yes, even Stranger Things, despite the critical drubbing it received. It would appear, then, that the streaming site’s original series sometimes mirror the box office successes of big blockbuster movies that earn abysmal reviews but do very, very well with audiences. Adam Sandler, who is currently halfway through an (initial) four movie deal with Netflix, is similarly considered “critic-proof.” Last year, after his first Netflix film The Ridiculous 6 was released, news broke that more people had watched the western comedy — which earned the rare 0 percent on RT — in its first 30 days than any other movie on Netflix ever. Accordingly, Netflix revealed late last week that they have signed the SNL alum for another four movies (for a total of eight). Within a few years, we will have more Adam Sandler movies made for Netflix than there are Peter Jackson movies based on J.R.R. Tolkien books. In closing, we leave you with Adam Sandler’s Tomatometer. His third film with Netflix, Sandy Wexler, premieres on April 14th.