Jason Statham on The Bank Job: The RT Interview

The UK's boldest action star wants to be taken seriously...and maybe to also put Steven Seagal in an armbar lock.

Say the name Jason Statham and a scruffy, ripped bulldog of a man comes to mind, leaping through one’s mind in a flurry of wu shu moves and gravity-defying stunts just as he’s done so many times in films like The Transporter, Crank, and War. But while the thirty five-year-old is quickly becoming England’s biggest action export, he’s also working to diversify his portfolio with more serious roles — like that in his upcoming film, The Bank Job.

Statham still gets a compulsory fight sequence in The Bank Job, a dramatic thriller based on the real-life 1971 robbery of a safety deposit vault in a London bank. But that one scene — in which Statham’s character, a petty criminal named Terry, suddenly unleashes a can of whoop ass on a pair of gangsters — comes surprisingly late in the film, almost as if an afterthought for the Statham fans hungry for at least one solid roundhouse kick.

Indeed, The Bank Job is a different sort of Jason Statham movie. Helmed by Australian director Roger Donaldson (Cocktail, Species, The World’s Fastest Indian), the flick follows an unlikely group of amateur thieves, led by Statham’s garage owner Terry, who are lured into the perfect heist by old neighborhood gal Martine (Saffron Burrows). The only problem? Martine’s been put up to the task by a shady official in MI5, who want the contents of a particular safety deposit box that belongs to a militant thug named Michael X.

Though fictionalized by scribes Dick Clement and Ian La Frenais, the film’s story has been pieced together from news reports that ran for three days following the heist. On the fourth day, the film and popular opinion allege, the British government issued a D-Notice silencing the press — perhaps because within Michael X’s safety deposit box, and those of other patrons, were thought to be highly scandalous photographs of a certain royal princess in flagrante.

In a roundtable discussion with journalists, Statham shared his thoughts on what was really in those safe deposit boxes. Given the circumstances, it seems there was clearly some government cover-up (and, the film argues, government set-up) involved in the robbery.

“They were trying to cover something up,” Statham said. “We can assume that there were certain people running around doing bits and pieces in different countries and having fun in the sand and the sun, and we know who that particular person is. We also know that this Michael X was using pictures that he had, compromising pictures of someone from a royalty sense, and he was using those as leverage to get all his extortion and his goings on. So there’s a lot to take into account, and you don’t need the brains of Einstein to work out what might be the possibility there.”

During production on the film, Statham even spent time with the man upon whom his character was based.

“It’s really difficult,” he explained, “because when you meet somebody that was, you know, involved, to such a degree, that you just try and give him so much respect in terms of not saying, ‘So, how many years did you get? So, tell us about the jewels, is there anything else we should know? Did he get nicked?'”

While his real-life counterpart kept a low profile on-set for privacy’s sake, Statham understands our collective interest in picking the brains of those who’ve broken the law.

“There’s something quite fascinating with crooks, and criminals, and all things against the law,” he said. “It’s been evident in filmmaking for years. People love stories about the mafia, The Godfather, American Gangster. People are intrigued, and always have been — Al Capone, the Great Train Robbers, people who escape from prison — it’s a fascination that will never, ever die.”

Click on for RT’s exclusive chat with Jason Statham about his dream action movie, which onscreen James Bond he could beat in a fight, his thoughts on Steven Seagal and Jean-Claude Van Damme, and why Bruce Lee is his all-time favorite action star! 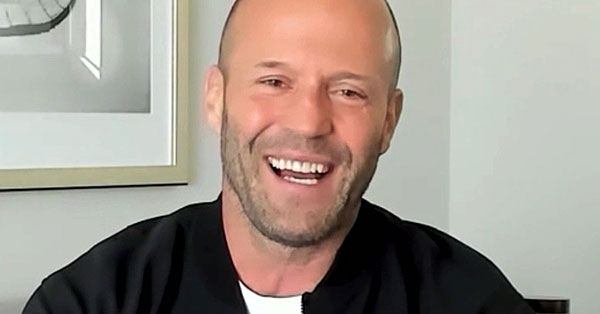