Jake Lacy is on a bit of a fast-track in his career at the moment. He’s starred in such popular films as Carol, Obvious Child, and How to be Single, and has appeared on TV shows like The Office, Billy & Billie, and Girls. His latest, Miss Sloane, goes wide tomorrow. Lacy loves movies that boast magical, dramatic, and comedic elements, and his Five Favorite Films show off many aspects of his own personality. See the full list here: 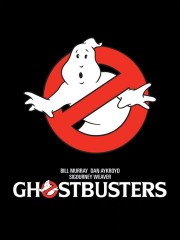 It’s a movie that I go back to probably once every other month, and I mean, it sounds so dumb, but it’s just something familiar. And I feel like I always discover a new little thing. A new tiny joke. A new little blink or a nod, or something of that nature. It’s a comedy from the era where, as crazy as the story elements are, the actual film feels as grounded and as real as three disgraced Columbia professors fighting supernatural ghosts alongside Ernie Hudson can be. It feels like real professors who are actually kicked out from the school, and the jokes are based on these characters, and are sarcastic. It’s not a big goofy chuckle fest of what crazy thing can happen to this group of people next, you know? It feels authentic. Something in me as a kid really liked that. Something in me now certainly loves that. I have an endless endless love for the original Ghostbusters. 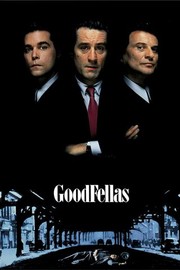 I read Wiseguy, the book that Goodfellas is based on, before I knew that Goodfellas existed. I was, like, 15 and found it in the school library. Then at the end it was a footnote that was like, “Oh by the way, Scorsese made this into a film.” At 15 or 16, I saw Goodfellas for the first time. Was mesmerized. And then also, it was the first time I probably watched a movie or a film with the beginning of an adult perspective on things. Where it wasn’t just participating in the story, but seeing what a masterpiece it is that someone created that. That those performances individually were so fantastic that the story, the shots, the music… The first time I understood the elements of film coming together, being a conscious choice for those things to be in the film, and then the effect that it had on me. As opposed to being a kid and a viewer, and being like, “I like that thing.” I’m not unique in this, I think, but I can go back every six months and watch that movie and still be so excited to see it. I’m always ready to watch it. I wanted to be Henry Hill as a kid. Growing up in the country with no excitement around us, I wanted to be half Irish, half Italian, and adopted by this family I could never be a part of. That whole scene. I just wanted that life. Or as a kid, I thought I wanted that life. 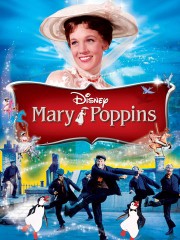 I, as a child, loved Mary Poppins. Something about these misunderstood kids who couldn’t catch a break, and this fantastic woman coming into their life and showing them this other world, and yet also being so coy: “I don’t know what you’re talking about. What world do you mean?” I just really liked escapism as a child, I guess. The time element of Britain in another era, and then this fantastical element of going into pictures and cartoons and flying and laughing. It’s like it was so exciting to me, even though it came out 30 years before I was born. Something like that. It was a real go-to as a kid.  In the last two and a half decades, it still works. It doesn’t drag. It’s still like the magic is still there. Whereas maybe other films from that era may or may not have aged quite as gracefully as Mary Poppins has. 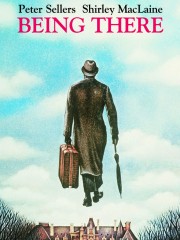 Peter Sellers. I think it might be the perfect film. I saw it in college. I just was blown away. This is not a unique argument unto myself, but the key thing of that film is it’s so wonderful to sit and allow this story to unfold and wash over you. The effect it had on me then is that this final scene, I was, like, weeping when this last moment happened. It’s not even a conclusion to anything. It’s not “the hero makes it home from war” or “the orphan gets adopted.” It’s not this big conclusion to an arc. Yet it is. It is like this unbelievable moment of beauty and grace, and the fact that the film never nods to that entirely until this final moment, to have such control over your medium to do that sort of thing, is remarkable in itself, I think. To see Sellers — he is so magnificent — to see him in a role like this, instead of Clouseau or The Party or something like that, that’s wonderful. But still a very large character. It’s just wonderful. 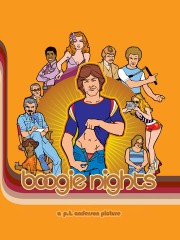 Anytime somebody’s like, “You want to watch Boogie Nights?” No problem. Carve out the afternoon. I’m ready to go. Again, story, performances, direction, music, era, subject matter — it all works for me on that one. Both as just a simple audience member who wants to check out of life and have a nice time, and also as someone who works in this industry and appreciates as an objective viewer the craftsmanship of that film.

I mean, “It’s my big dick and I want to f— now, Jack?” How do you write something better better than that? [laughing] I’m constantly quoting that to friends. But there’s this thing that a friend of mine just showed me on the DVD that’s called the “John C. Reilly Files,” or “Reilly Files.” It’s basically scenes that were not used in the final edit, but are John C. Reilly-based scenes. They are incredible. It’s so cool. So many of them are — maybe my friend who showed it to me, maybe he’s lying — but so many of them are cut scenes during the recording sessions. Things like that, where he’s the ultimate wing man. You know what I mean? He’s repping so hard for Dirk in the recording studio.

It’s a bench marker. I would be interested to see what other films came out in 1997. Like what really holds up. Like, Magnolia still holds up for me. Punch Drunk Love still holds up for me. PT Anderson — those movies. I went back and watched There Will be Blood maybe three or four months ago. Just riveting. Those movies don’t get old for me. There’s so much to digest in them.