Rose McIver and Robert Buckley tell Rotten Tomatoes what to expect from the fifth and final season, and how they hope the series will end for their characters.

The CW’s iZombie, now in its fifth and final season, proved to be the little comic book TV show that could.

Based on the DC/Vertigo comic by Chris Roberson and Mike Allred, it tells the tale of Liv Moore (Rose McIver), a medical resident who ends up becoming a zombie at a party. But unlike the typical walking dead of other movies, TV shows, and comics, Liv can keep her wits about her thanks to a steady diet of brains, whose personalities and memories she absorbs. Abandoning her old life — and ditching all-American heartthrob fiance Major Lilywhite (Robert Buckley) in the process — she realized her affliction could be an asset. After getting a job at the county morgue to feed her new brain habit, she and her boss, Ravi Chakrabarti (Rahul Kohli), team up with Seattle police officer Clive Babineaux (Malcolm Goodwin) to solve murders by eating the brains of victims and accessing their memories to find out who killed them.

The show grew from there with an ongoing arc about the origin of the zombie virus and, eventually, the world learning of their existence. By renewing the series for a fifth and final season, The CW allowed executive producer Rob Thomas the chance to wrap up Liv’s story and reveal the fate of New Seattle. 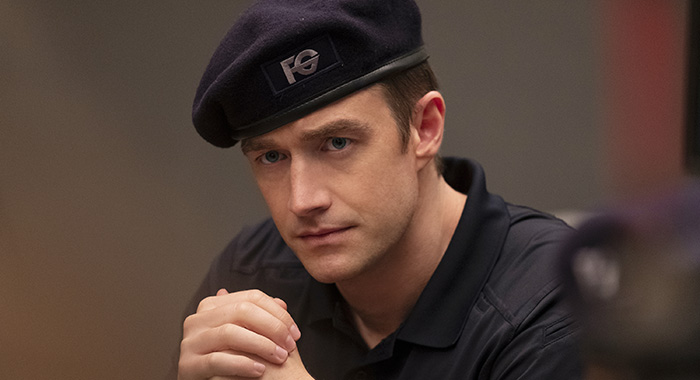 When Rotten Tomatoes visited the set of iZombie last November, co-star Robert Buckley joked that he had not heard the series was coming to an end.

“This day keeps getting worse and worse,” he quipped. At the same time, his joke was somewhat based in truth: “This is the first year where I haven’t asked ahead for what’s going on.”

In previous seasons, the writing staff clued him in on their plans for Major, who was eventually also turned into a zombie. This time around, he (and star McIver, too) wanted to be in the dark and enjoy the suspense as the series built to its ultimate ending.

“I don’t know how it ends. I don’t know if we’re going to leave the door cracked [for a revival],” Buckley said.

Although the ending was still unknown to both actors at the time of our interview, which took place in the middle of season 5’s filming schedule, McIver said she hoped Liv and Major were finally able commit to one other — at least in a more permanent fashion than the way the show has toyed with reuniting the couple in the past.

“I think most romances — most relationships that I ever seek to believe in — have some sort of chaos that have led into them,” McIver said. “I think it makes you know each other that much better. You’ve been friends as well. The kind of fairy tale illusion is shed, and that’s good, because I think you don’t really know somebody when you think that they’re perfect.”

Buckley recalled talking to Thomas about Major and Liv’s rapport before they shot the pilot. At the time, the executive producer compared them to Sam (Ted Danson) and Diane (Shelly Long) from Cheers, a.k.a. one of TV’s all-time great “will they or won’t they?” couples. When he pressed his boss further about getting the two characters together for real, Buckley recalled Thomas saying that perhaps the two would finally make a go for it somewhere down the line, like in season 5. 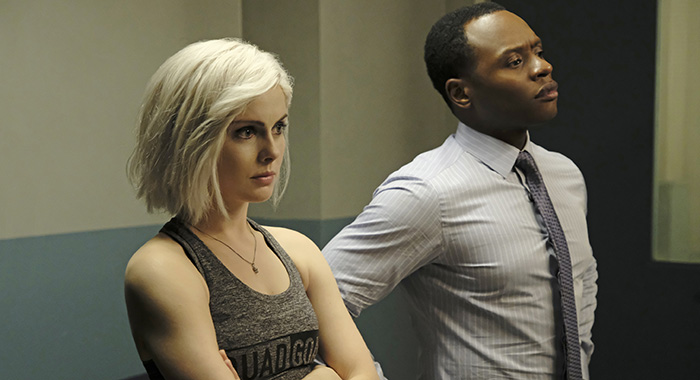 Of course, romance is never an easy thing for the two characters, particularly in light of the insane obstacles they’ve faced over the last several years. In season 4, Major killed Chase Graves (Jason Dohring) to save Liv’s life, and ascended to the head of the Filmore-Graves private military corporation. With him as the new commander and Liv continuing on as Renegade, the two make an uneasy alliance to ensure brain matter continues to flow into New Seattle and prevent a zombie holocaust. And though it might be McIver’s wish to see them together, Liv and Major still have plenty to work through.

“We’ve forgiven each other, but you don’t forget all of the difficulty that you’ve gotten through,” she said. “So it’s not like, ‘Oh he’s straight back in, best friends, everything’s smooth.’ It’s a very complicated thing.”

Beyond the characters’ personal issues, though, both have a keen interest in keeping the U.S. government from nuking New Seattle and its zombie population off the map.

“We both want what’s best for the people around us and the people we love,” McIver said. “I wouldn’t say we’ve banded together at every turn, but there’s a definite respect for the way that we’re handling it and the information that’s shared between us.”

Buckley agreed with that assessment.

“We’re both just trying to protect people and champion justice and all that, but we both found ourselves beginning on different paths and we’ve just stayed on them,” he said, adding, “I think our common goal is the same.” He also added that the death of Chase will allow Major to be less rigid. “I think Major was being a good soldier in some of that, which was a bit extreme. [Now] there’s a bit more flexibility.” 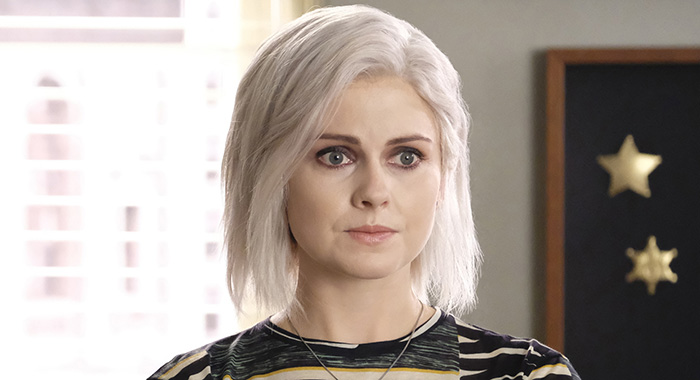 The situation in New Seattle as season 5 begins is intense, but McIver promised the show will still find the funny.

“[The] stakes are really high. The humor, though, is still really high, which I think is great,” she said. And despite Liv holding onto her role as Renegade and smuggling people into New Seattle, she will still have time to help Clive with cases.

“I feel like I’m pulling out all the stops,” she said of Liv’s transitions into other people’s personas this season, one of which she teased as “Salsa Brain.”

“You’re not metering yourself anymore. You’re not playing this long game … If we’ve got ideas, [we] use them,” she continued. “If we have things that we haven’t played with the other characters we’re using them now. It’s been pretty full-on, like, full gung-ho.”

While being a zombie is a now an important facet of Liv’s existence, there is always the possibility that the cure Ravi discovered in Isobel’s (Izabela Vidovic) brain could lead to a new way of life for the New Seattle zombies. But McIver is ambivalent about using the cure to offer Liv and Major a human ending.

“It doesn’t serve all of our metaphors,” she said.

On the show, zombies symbolize “minorities or people who’ve been marginalized” and offering a widespread cure would suggest that marginalization is like a disease to be eliminated and not a condition to be understood. 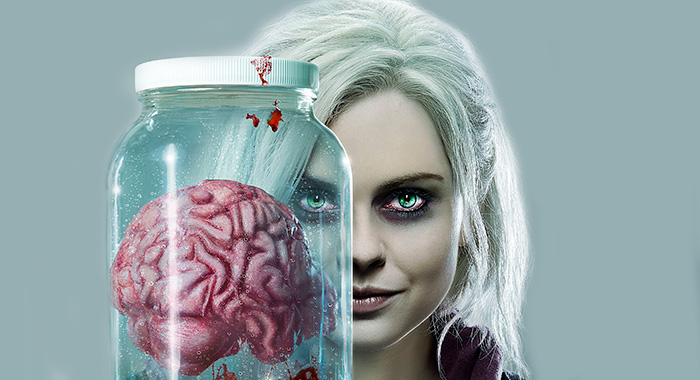 “I think it’s great for the zombies to still be able to exist,” McIver said. “At this point, I feel like [it’s] similar about humans eating meat. It would be great if an alternative came that was grown. You know how they’re trying to make fake meat? An equivalent of that would be a really good thing, I feel like, for zombies — a fake brain compound.”

Buckley said he would prefer for Major to remain a zombie as well.

“I think when he became a zombie it sort of gave him a sense of purpose again in advocating for the less fortunate,” he explained. “Leave him in the minority and have him be their champion.”

The two actors both reiterated that these are merely their hopes for the conclusion, as neither had seen the finale script. Nonetheless, it seemed McIver may not be ready to let Liv go. While McIver wore a wig while playing the character, she mentioned that she had recently dyed her hair blonde and cut it short, her character’s trademark look.

“I didn’t look anything like Liv the whole time I shot,” she said. “Now I’m, like, clearly finding it hard to say goodbye.”

iZombie airs Thursdays at 8 p.m. on The CW. 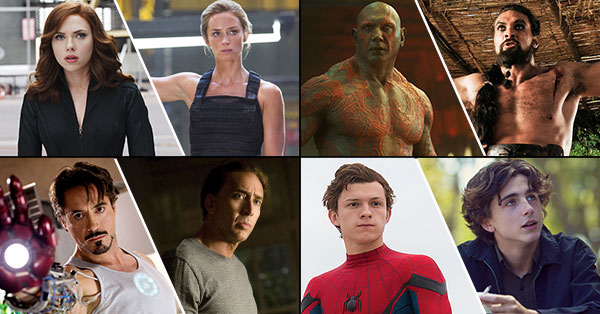