A chat with the multihyphenate star about his latest film, a look at the final days of the gifted Rebel Without a Cause actor.

Franco and Val Lauren, his lead actor in Sal.

When it comes to James Franco, the notion that he’s “having a busy year” is kind of a redundant point. Nonetheless, the actor-director-novelist-artist-film professor-future Galactic President is on a roll in 2013, even by his hyper-productive standards. He’s starred in one of the year’s highest-grossing movies (Oz: The Great and Powerful), given one of its best performances (in Spring Breakers), and appeared in several more films, all while generously lampooning his dilettante public persona both on screen (in This is the End) and off (for Comedy Central’s Celebrity Roast). Oh yeah, he’s directed some movies, too: a riff on William Friedkin’s Cruising (Interior. Leather Bar), adaptations of Faulkner (As I Lay Dying) and Cormac McCarthy (Child of God), and this week’s

Sal — an intimate portrait of the final day in the life of the gifted, tragic Rebel Without a Cause star Sal Mineo, who was murdered in 1976, at age 37.

We caught up with Franco (who was on-set shooting another movie, obviously) for a chat about Sal, his interest in James Dean and gay subculture, and — most importantly — where he thinks Daniel Desario would be today.

I think everyone’s first exposure to Sal Mineo is Rebel Without a Cause, which is a heartbreaking performance and in many ways the soul of the movie. You, of course, played James Dean, and now you’ve made a movie about his co-star. Have you always had a fascination with these guys?

James Franco: Yeah. I remember watching Rebel Without a Cause in high school, before I was a professional actor, and just being drawn to it, you know, like a lot of teenagers over the last 50 years, because it spoke the language of youth. I guess I could relate to the feelings, and I was drawn to the performances and the characters. So I’d been a fan of that film for a long time, and then eventually I played James Dean, so I learned a lot more about what went into that film and the people behind it. I guess I was so interested in it, and my relationship to the film and the material changed or developed over time. I played James Dean, and I’m a fan of James Dean, but I also knew that film, in particular, was a kind of a seminal film in Hollywood history, and in American history, because it was really kind of the first film to talk to teenagers on their level — and to deal with their problems in a very honest way, without, you know, pandering or talking down to them. And then, just because of the people who were involved and the legends that surround it, I felt like there was a lot of material to mine that hadn’t been touched on.

So I ended up doing this big art collaboration at the Museum of Contemporary Art that was centered around that film, that involved great artists like Paul McCarthy and Douglas Gordon and Harmony Korine, and around that time, a new biography of Sal Mineo had come out; and because I was thinking about all the people involved in that film already, that book sparked an interest in Sal, particularly. What I realized, after reading the biography, was that there were certain things that I could hopefully express with a depiction of Sal, and his character and his life. I thought it was a tragic life, for several reasons. He was a very talented person, even when he was young, as a teenager; he was a very successful person, very attractive; he was nominated for two Oscars [for Rebel Without a Cause and Exodus] before he was 20 — and then, when he got older, his star faded a bit, and eventually he was tragically murdered. I thought, you know, “Here’s somebody I can relate to a lot.” He was very passionate about what he does, but he’s living a tragic life because he can’t practice his art as much as he’d like to, in the same way that he once could. And that’s the tragedy of the artist, you know. If someone is talented and passionate and can’t do his work, for whatever reason, that’s just a tragedy. So I thought, “Well, I’ll tell his story, just at the last day of his life” — for several reasons. It’s unconventional, but also, I could tell everything I wanted to about his life through the last last day, because it shows him still working at his craft and, you know, everything about his personal life that you could say could be told through his interactions in that last day. And we get that horrible murder.

I liked the intimacy of the film, particularly in the way it was so tightly framed in parts. It also showed him working on his stuff, which underscored the tragedy of his death — especially the way you presented it as an almost throwaway moment.

It was also interesting that you chose a story partially set in the gay subculture of the time, just pre-Cruising [1980] and Interior. Leather Bar. Is that an area that attracts you as a filmmaker?

Yeah. I think so. It’s both coincidental and, probably, deliberate — because there is something interesting about that gay subculture of that time. The other connection, of course, between Sal and Interior. Leather Bar, is that Val Lauren is the lead in both. I guess the thing about Cruising, and specifically the gay kind of club subculture of the late ’70s, is that it really was a subculture on the brink of the AIDS epidemic, and so it was a lifestyle or a culture that would change drastically within a few years. So I liked the freedom that I saw — or at least that I could sense from movies, or reading about it — and I like the rebelliousness of it. The gay rights movement was still coming up, and Stonewall was not that far in the past, and so I like how free and rebellious it felt. Also there was the tragedy of that situation, where it would change drastically after AIDS hit the scene.

Sal Mineo with Natalie Wood and James Dean in Rebel Without a Cause.

You end Sal with the scene from Rebel where Sal Mineo explains the the intimacy of calling James Dean’s character “Jamie.” I was wondering why you chose to go with that. Was it a remark on Dean’s and Mineo’s relationship, or the subtext of the film?

Yeah, I mean I guess just putting the film together I was focusing on his last day, and I felt that there were things about his personal and professional life that I wanted to say, but I also knew that I was doing it in a very — as you said — a very kind of intimate way. So I wanted to do a couple of things, maybe at the beginning and the end, that would tie us back to who Sal really was. So we have the very kind of matter-of-fact, almost crass, or just callous news reporter in the beginning, that was an actual news brief from the time, and then I knew I wanted a clip of the real Sal at the end. I was just looking for some kind of poignant clip of Sal, whether it was from an interview with him or something from his films, and I guess I liked Rebel ’cause it’s my favorite film of his, but also because I guess it was a way — if I used Rebel, and if I used a clip of that character talking about James Dean’s character — not only would it reference the gay subtext to the character he played in that film, it would be a way of saying, “Here is a movie he did,” and there’s a lot to read into that movie, both about the characters and the actors behind the characters. And in a way that’s what I’m trying to do with my movie, Sal — meaning, “Here’s a movie about an actor, so his profession is to play roles, but you’re also going to see a person behind the roles.”

Looks like we’ve only got one time for one more question. So here it is. Will you ever make a Freaks and Geeks movie, and where would you hypothetically see Daniel Desario as being now?

[Laughs] Okay. My guess is that it’s not going to happen, sadly. I’m sure everybody would like to have that happen.

Maybe he’s moved to Seattle — it would be the early ’90s by now in the show.

Yeah. [Laughs] Maybe he’s traveling around the world with his successful band. The worst case scenario is that he hasn’t left the town, and he’s just chugging away. But I like to think that, you know, even though he didn’t work hard in school he was passionate about certain things, like music, so I’d like to thing that somehow he made his way out of that town and has evolved his music somehow.

I guess that’s why we don’t really need to see a Freaks and Geeks continuation, ’cause it’ll live in out imaginations in whatever way.

[Laughs] Yeah. I mean, I am doing another movie with Seth [Rogen].

There’s something of Daniel and [Rogen’s character in Freaks] Ken in everything you two have done since.

Yeah, you could say that the spirit of Freaks and Geeks definitely lived on through our later work.

Sal opens in limited theatrical release this weekend, and is available on VOD. 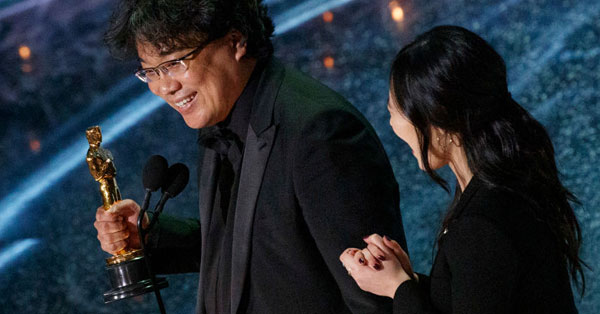 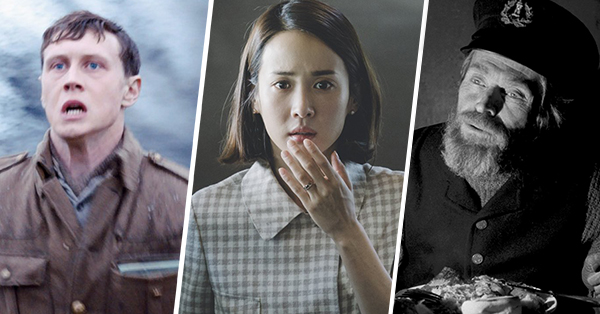