Indie Fresh List: The Wolf of Snow Hollow, The Forty-Year-Old Version, and More

This week in our Indie Fresh List, we have a werewolf horror-comedy, a black-and-white comedy, and a drama about a young boy who joins a dirt bike gang. In our Spotlight Section, we bring have a new horror film from the folks behind Get Out, and in our indie trailer section, we have new trailers from films featuring Tom Hanks, Christopher Abbott, and Aubrey Plaza. 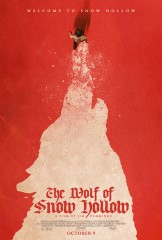 After several shorts, writer-director Jim Cummings traveled across the global festival circuit with the feature-length adaptation of his award-winning short Thunder Road and earned rave reviews. Returning to theaters this week with The Wolf of Snow Hollow, Cummings brings another dark comedy with the added bonus of blood and carnage. Cummings plays a small-town police officer striving to quell the paranoia that is wreaking havoc on his quiet community, when a string of unexplained murders point to a supernatural predator that only appears every full moon. According to Grant Hermanns of ComingSoon.net, “Cummings has crafted a darkly hilarious, uniquely offbeat and wonderfully engrossing monster whodunnit.”

Screening in select theaters and streaming on VOD. 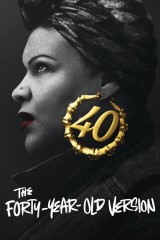 After taking home the Best Director Jury Prize at the Sundance Film Festival earlier this year, writer-director Radha Blank staked her claim as a talent to watch. In her hilarious and brilliantly authentic debut, The Forty-Year-Old Version, Blank shines both in front of and behind the camera. Cut from the same cloth as Robert Townsend‘s seminal indie feature Hollywood Shuffle, the former playwright similarly fires precision barbs at the hypocrisy of white gatekeepers in entertainment. Blank pulls no punches with white producers who muddle and meddle with authentic representation on screen and stage, placing Black creatives in the unenviable position of choosing between success and staying true to themselves. In a black-and-white semi-autobiographical tale, the New York native goes back to her hip-hop roots and re-invents herself as Radamus Prime, a fire MC who raps about the comedic struggles of middle age. “Vulnerable but vibrant… The 40-Year-Old Version is an ode to Black Harlem, fearlessness, and the art of putting yourself on,” writes Aramide Tinubu of Shadow & Act. 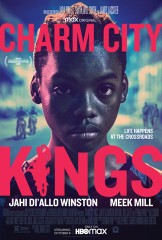 Imagine gritty Baltimore crime series The Wire but put it on two wheels, and you can quickly grasp the vibe of Charm City Kings. Jahi Di’Allo Winston stars as Mouse, a teen desperate to join the Midnight Clique, an infamous group of Baltimore dirt-bike riders who rule the summertime streets. Produced by Jada Pinkett Smith and Will Smith, the urban thriller follows Mouse as he makes dangerous decisions to the dismay of his mother (Teyonah Parris) and his police officer pseudo father figure (William Catlett). Filmed like an urban drama inspired by a ’90s hip-hop aesthetic, Angel Manuel Soto’s sophomore effort “distinguishes itself from similar fare not just through its location and eye-popping bikes but also with the believably imperfect people that populate it,” according to Carlos Aguilar for the AV Club. 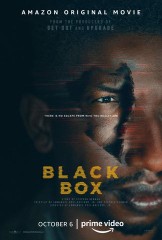 Blumhouse continues to lead the way as a studio dedicated to supporting the Black horror renaissance they kicked off with Jordan Peele’s Get Out. Black Box, one of four feature films they produced in partnership with Amazon Prime, is our Spotlight Pick this week. Star Mamoudou Athie follows his impressive performance in Uncorked from earlier this summer with a cautionary horror tale about disability and the lengths we go to for our family. Athie plays a single father who undergoes an agonizing experimental treatment in an effort to restore his memory, but afterward begins to question his reality and who he thinks he really is; he’s joined by Phylicia Rashad in a riveting, outside-the-box performance. Preston Barta of Fresh Fiction writes Black Box… takes the concept of fractured realities and the quest for truth and molds them into a terror-filled creation with a pulse.”

92% The Assistant (2019) , about a young Hollywood assistant to a predatory producer who struggles when presented with daily evidence of his abuse of women.

71% Becky (2020) , a thriller about a girl left alone who must battle escaped convicts when they invade her vacation home.

91% Don't Be Nice (2018) , a documentary about an impressive group competing at the National Slam Poetry contest.

84% I Used to Go Here (2020) , a comedy about a failed thirtysomething writer travels back to her alma mater trying to relive former glory.

81% The Painted Bird (2019) , a visceral Holocaust drama about a young orphan’s journey through the grim events of World War II.

100% Welcome to Chechnya (2020) , a powerful documentary about LGBTQ+ rights in the conservative nation of Chechnya.

Christopher Abbott and Aubrey Plaza star in a mind-bending dark comedy that examines the blurred lines between artist and art.

News of the World

Tom Hanks reteams with Captain Phillips director Paul Greengrass for an epic journey across the heartland.