Stars Matthew Goode, Giovanni Ribisi, and Dan Fogler and executive producer Nikki Toscano talk creating the limited series about the making of one of the greatest films of all time.

It’s one of – if not the – greatest movie of all time, and that would be enough. But the story about making the story of The Godfather turns out to be quite fascinating itself. Paramount+ assembled a fine cast and a compelling script to unfold the 10-episode miniseries about the real-life mobsters, studio executive squabbles, and the Oscar-winning actor who almost wasn’t cast in his iconic role, all who factored significantly in the trouble-plagued Godfatherproduction.

The series is based on the experiences and anecdotes of Al Ruddy, a TV writer who co-created Hogan’s Heroes, then became a movie producer who, despite little experience, spearheaded The Godfather to a Best Picture Oscar, and went on to produce The Longest Yard, Cannonball Run, and Million Dollar Baby.

1. Miles Teller Took Over the Starring Role from Armie Hammer 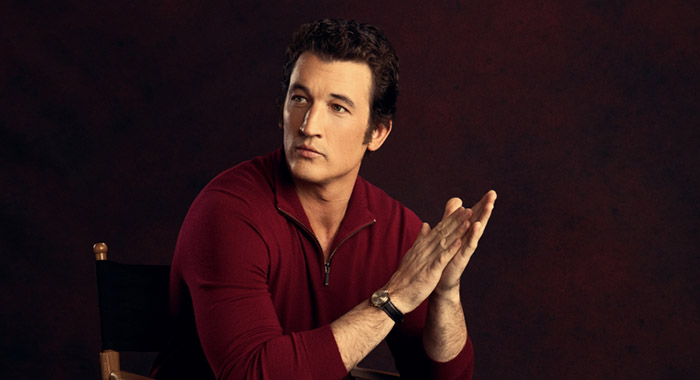 Armie Hammer was originally cast to play Al Ruddy, but dropped out of the project and was replaced by Miles Teller, who also became an executive producer on the project. Teller spent a significant amount of time with Ruddy, who is 92, and got his inspiration for playing him from observing his ongoing efforts as a producer.

“(Ruddy) just did Cry Macho with Clint (Eastwood). He said Clint called him up and he said, ‘You still got that Cry Macho script, kid?’ And that was a script that Al had for thirty-something years, I think, maybe even longer,” Teller said during the Television Critics Association panel. “So it’s just who he is. He just gets stuff done. And that was really one of the big pleasures of playing him, was just, you know, (he’s) a man of action and a guy who was thrown in the fire and just has to figure it out. And he’s an underdog, and he’s, you know, he’s out of his comfort zone constantly. And yet he just continues to press on. He only knows how to go forward … the fact that he’s still doing it in his nineties is just really a testament to the man and his character and everything he stood for. So it was really a pleasure and an honor to play him in this.”

2. Matthew Goode Is a Scene-Stealer as Robert Evans 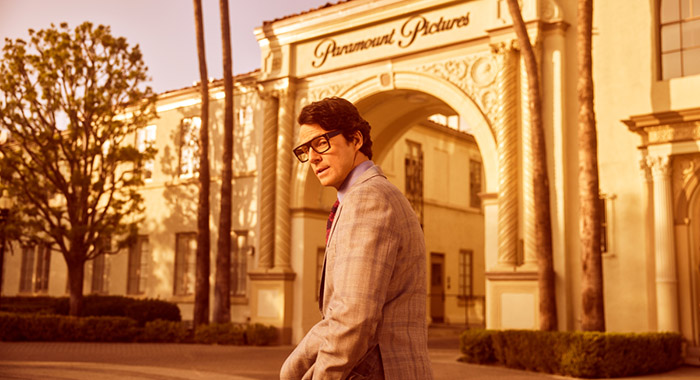 The entire cast, which also includes Juno Temple as Ruddy’s assistant Bettye McCartt, Patrick Gallo as The Godfather novel author Mario Puzo, Burn Gorman as Gulf & Western head Charles Bluhdorn, and Colin Hanks as Gulf & Western executive Barry Lapidus, is stellar, but the big scene stealer throughout the series is Matthew Goode as Hollywood legend Robert Evans, the larger-than-life Paramount honcho who was a champion of The Godfather But Evans, like many of the movie’s cast and producers, went through a lot of personal and professional problems during the Godfather production, and The Offer’s writers used those experiences to portray Evans in a more vulnerable light than the one he himself painted in his classic memoir The Kid Stays in the Picture and his reputation in Hollywood.

“It was important to all of us writers to be bringing that sort of nuance to light, humanizing Joe Colombo, humanizing Robert Evans in a lot of different ways,” Nikki Toscano says. “We all have different perspectives on what each of us has to do to get through the day, and it was like shining a little baby light on some of that, to better understand their thought process and not make them caricatures. I think when you’re trying to portray someone that really existed, that was already so larger-than-life, it’s sort of incumbent upon you to illuminate the parts that people may not have seen.”

As for Goode’s performance, specific kudos go to his capturing of Evans’ voice, which anyone who’s seen an Evans interview, or the documentary version of The Kid Stays in the Picture, will appreciate and enjoy. Evans’ loquaciousness and ability to “choreograph his words” was an inspiration to Bob Odenkirk when he created his Saul Goodman character. “I’d like to say it was something more exciting than just I’m a sort of a baritone, so I guess there’s a bit of a match to that,” Goode says of creating the voice of his Evans. “Particularly, when (I woke) up in the morning, I was able to find it pretty easily, or certainly the timbre … it’s the cadence you have to work on. It’s that rhythm of his, and once you’ve got it, you can’t not be in it. So you felt like you could improvise. But it took a couple of months of hard work.”

And a tip Goode shares when we mention his performance as Evans makes us want to re-read The Kid Stays in the Picture: “Don’t read it, listen to it, the next time you do it,” the actors says. “Because I read it as well, but Colin Hanks says you’ve got to listen to him read it. Evans reads the whole book. It’s not the truncated version like the documentaries, and it’s meant to be phenomenal. So, it’s going to be my treat now.” 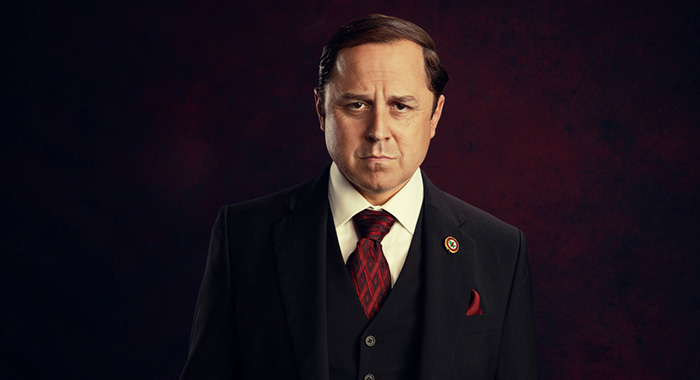 Ditto Giovanni Ribisi, who had to transform his voice to match that of the deeply raspy New York mob leader Joe Colombo. “It was something that I was nervous about,” Ribisi says. “I was shooting intermittently, so it would take several days to sort of adjust and feel confident within a scene. And my hat’s off to my wife, who was patient with me walking around talking like that with the kids: ‘Hey, kid, give me the salami. I need some on the pizza.’”

Ribisi and Teller also give excellent performances in portraying the friendship that grew between Ruddy and Colombo, who initially strongly opposed The Godfather movie, as he felt it portrayed Italians in an offensive way.

“I think that they were both in similar predicaments and trying to change the way their respective worlds were being conducted,” Ribisi says of what eventually bonded Ruddy and Colombo. “I think that in filmmaking at that time, it was just radical and rock and roll … it wasn’t just pop culture, pseudo-intellectual … it was all about bringing intellectualism and anything you could to break outside of some mold that had been established in the decades before. This is what gives birth to somebody like Robert Evans and (Francis Ford) Coppola and Zoetrope, the great filmmakers that we had in the first half of the ’70s. So I think that’s where Al Ruddy and Colombo bonded. I think Joe Colombo saw that in Ruddy. And, I mean, Colombo was apparently sending death threats to Paramount and to the producers and filmmakers of The Godfather; he was so against it. And Al Ruddy met with him and turned him around. Not only that, but got his support. And Joe Colombo, when the film was being made, was opening doors and doing favors for Ruddy when he was running into other hurdles of making a film in New York City.”

4. Bettye McCartt Was a Hero 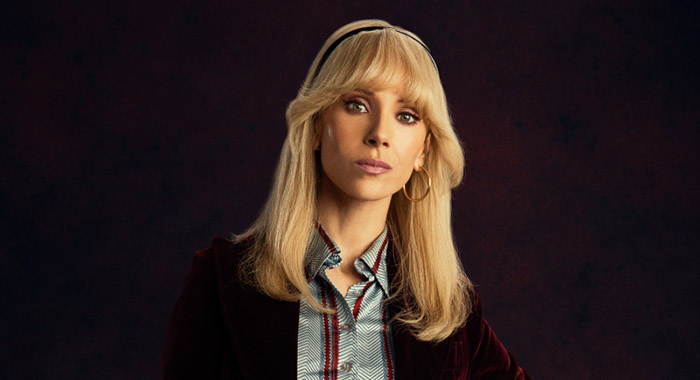 No matter what your knowledge of The Godfather production before The Offer, the level of involvement of Bettye McCartt is likely to come as a surprise. Most viewers will likely have never heard of her, but she functions as much more than an assistant, and behind Ted Lasso star Juno Temple’s portrayal, becomes a character you want to know much more about.

“I had no idea Bettye existed, let alone that she was this woman that somehow had wrapped the head of Gulf & Western around her little finger in a friendship way, not in a romantic way,” Toscano says. “It was unique, and it got everybody in the writers room really excited to write for that character, knowing these few details, and then imagining how a woman at that time must have navigated the sexual politics in order to have that voice.” 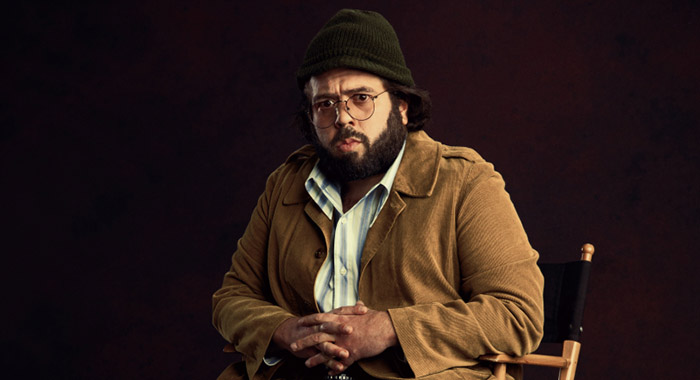 Dan Fogler is such a fan of The Godfather and the filmmaking of the man he portrays, Francis Ford Coppola, that his best days on The Offer set were getting to recreate some of The Godfather’s best scenes.

“One of the scenes was when they have to step up, everybody has to step up, because (the executives are) questioning Francis as an action director, and so they’re questioning him. They’re questioning (Al) Pacino, whether he’s a leading man, so he has to step up. And then inside the story, Michael has to step up. And so it becomes this famous, iconic scene in the Italian restaurant where Michael has to take out Sollozzo and McCluskey. And I love how the studio is just like, ‘Get rid of them. They’re not working for us.’ And Coppola says, ‘No, we’re going to prove to you that not only are we the right people, but we’re going to make the most iconic action moment in cinema history.’ And over and over, you apply that pressure, sometimes you create a diamond. And that’s what they did over and over and over in this film, which is why I think it stood the test of time.”

6. The Offer’s Cast and Crew Felt Like a Family 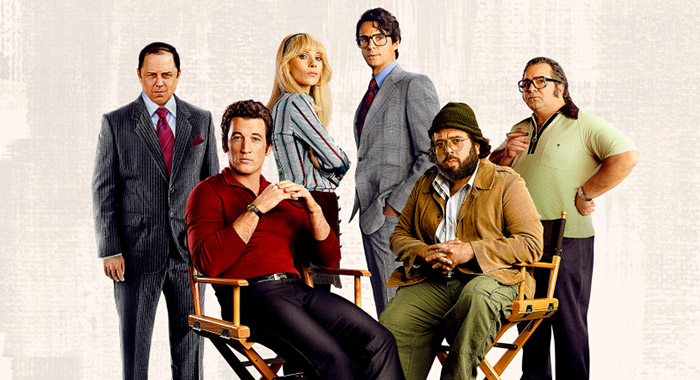 Appropriately for telling the story of a movie that is famously about family, Toscano says that same vibe bonded the production of The Offer.

“We did have an incredibly wonderful cast and crew, and their talent was only matched by their kindness,” she says. “And I think when you’re dealing with The Godfather, one of the best films ever made, and people are coming to play, there is such an excitement to be a part of it. And that collective excitement brought these people together, like a family. Everybody was raising their A-game. Everybody was raising their idea of what it meant to be a scene partner, what it meant to be a showrunner, what it meant to be dealing with choosing a costume. I think that all of us felt the weight of the responsibility of what we were doing, and there was an inherent familial aspect that was caked in as a result.”