Glass First Reviews: Jackson and McAvoy Shine in What Critics Are Calling a Disappointing Trilogy Conclusion

M. Night Shyamalan seems to have delivered the first disappointment of 2019 with Glass, the much-anticipated sequel to both 2000’s Unbreakable and 2017’s Split. The first two installments, which stand mostly alone from one another, were received rather positively (69% and 76% Tomatometer scores, respectively, with the latter Certified Fresh). Unfortunately, Glass, which stars Samuel L. Jackson, Bruce Willis, James McAvoy, and Sarah Paulson, looks to be another one of Shyamalan’s duds (initial score: 40%) based on the buzz from initial reviews.

Here’s what the critics are saying about Glass:

Does it meet expectations?

Shyamalan always swings for the fences… This time, though, it’s a swing and a miss.
– Alissa Wilkinson, Vox

The movie, watchable as it is, is still a disappointment… more dutiful than necessary.
– Owen Gleiberman, Variety

One of the biggest personal disappointments I’ve ever experienced in a theater.
– Mike Ryan, Uproxx

Is it not satisfying to see the gang all together?

Instead of having his two earlier movies dovetail to create something deeper and richer, it quickly begins to feel like subtraction by addition.
– Chris Nashawaty, Entertainment Weekly

In Unbreakable, David and Elijah went together like a lock and key. Here, everyone feels like spare parts.
– David Ehrlich, IndieWire

Its first hurdle is telling a story that connects everything in a satisfying, logical way. To that end, the film succeeds…the film’s first act is absolutely excellent.
– Germain Lussier, io9 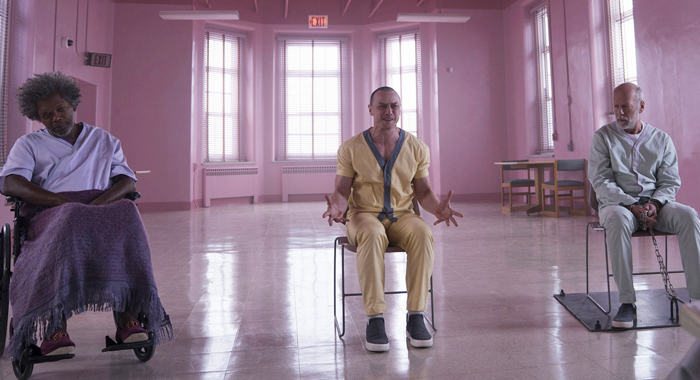 Glass certainly feels like it’s made by someone who both hates superhero movies and also has never seen one.
– Mike Ryan, Uproxx

Price’s adulations of comic tropes… [feel] as if they were scripted by someone who’s only read a few comic books and is pretty sure they know what they’re about.
– Alissa Wilkinson, Vox

Although he’s made three movies about them, Shyamalan doesn’t actually seem to know much about comic books, and he’s certainly got nothing to say about their journey to cultural dominance.
– Sam Adams, Slate

I’m sure M. Night Shyamalan has read some comic books in his day. I do sometimes wonder how many, though.
– Matt Singer, ScreenCrush

Is it full of Shyamalan’s trademark twists?

This one will not start, or go, or end like you think.
– Vinnie Mancuso, Collider

[There are] a bunch of big reveals to unmask Scooby Doo style and a greater universe to ta-da! unfurl like one of his many, not-always-successful magic tricks.
– Rodrigo Perez, The Playlist

I can also confidently predict that the ending is going to piss more than a few people off.
– Vinnie Mancuso, Collider

[Glass] throws its own three-film buildup under the bus for the sake of a twist and an open-ended non-resolution that can be seen coming down the pike from miles away.
– Karen Han, Polygon

Glass is a good ending to the Unbreakable trilogy, but it may not give you the conclusion you were hoping for. You’ll probably either love or hate the ending.
– Kirsten Acuna, Insider

That ending— which can’t really be explained, for lack of time, space, and to avoid spoilers— is really something, but suffice it to say, it’s a bit baffling.
– Rodrigo Perez, The Playlist 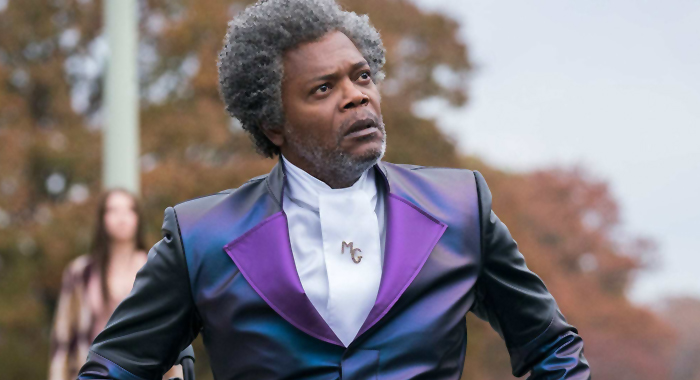 What about the positives?

Glass is still a spectacle, but in a singularly un-Marvel manner… Think The Flash getting caught in a traffic jam or The Hulk filing a W-2.
– Vinnie Mancuso, Collider

Glass feels like a giant middle finger to the very people who would be excited to see Glass. That, on its own, is inherently fascinating.
– Mike Ryan, Uproxx

Each time Glass seems like a lost cause, Shyamalan pulls something truly affecting out of his hat.
– Karen Han, Polygon

There is enough experimentation — such as the stirring POV shots during the fight scenes — that shows a director still pushing his craft to bring his viewers something new. He’s not done surprising us.
– Monica Castillo, The Wrap

How is Bruce Willis’ return as David Dunn?

Willis is phoning in his performance.
– Chris Evangelista, Slashfilm

Jackson and Willis fit back into their older characters like well-worn gloves, both of them knowing what to do and how to move, although Willis gets less to do than the others.
– Don Kaye, Den of Geek 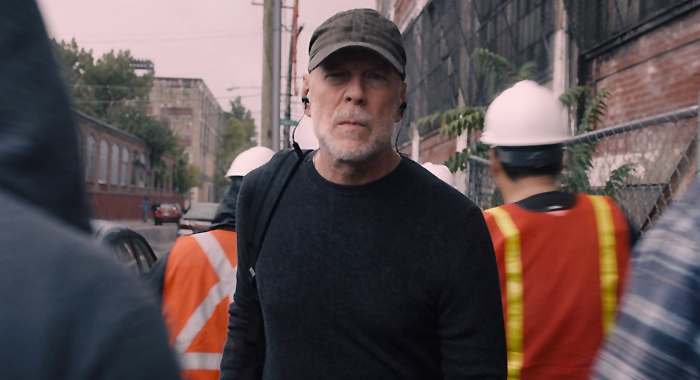 Jackson is clearly having a blast playing such a devious character. But it’s almost too little, too late.
– Chris Evangelista, Slashfilm

[Jackson is] devilishly fun as Mr. Glass but is ultimately only given a few moments to truly shine. In a movie called Glass, you wish there was more of him.
– Germain Lussier, io9

Although the movie is named after his character, Jackson really doesn’t shine until its final third. He’s delightful in a maniacally sinister way.
– Monica Castillo, The Wrap

For a good third of the film, Jackson outacts anyone sharing his scenes without even saying a word.
– Kirsten Acuna, Insider

Is James McAvoy still amazing as “The Horde”?

He’s more fun to watch now that he doesn’t have to be the whole show.
– Owen Gleiberman, Variety

McAvoy is once again top notch. He lights up the screen with his eerie physicality every time he appears, and cascades crazily through the Horde’s personalities like a human radio with a dial that can’t stop spinning.
– Don Kaye, Den of Geek

McAvoy’s acting abilities… are pretty extraordinary, considering we meet even more of Kevin’s many personalities this time around.
– Germain Lussier, io9 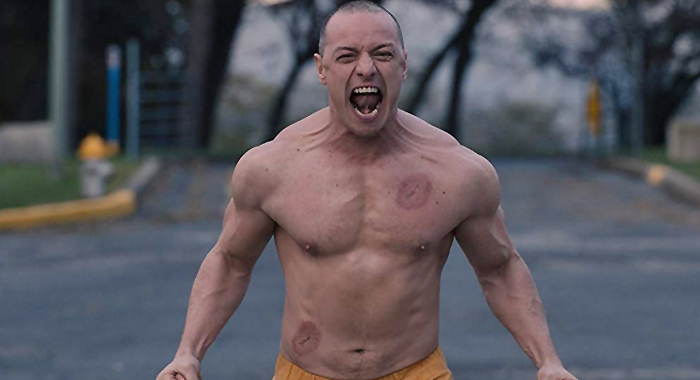 How are the action scenes?

Every clash between David Dunn and The Beast is bone-crunchingly satisfying.
– Vinnie Mancuso, Collider

The action sequences in Glass are the best of the filmmaker’s career.
– Chris Evangelista, Slashfilm

[There is] a fight scene that’s filmed with all the excitement of a knitting circle.
– David Ehrlich, IndieWire

At least we can always enjoy the first two movies, right?

[Glass] manages to diminish both Unbreakable and Split in retrospect.
– Alissa Wilkinson, Vox 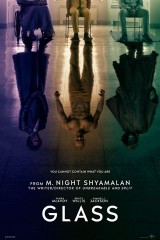