The Oscar winner reflects on his five decades in the movies.

After a 10-year stint in the Navy, which included service in World War II, Borgnine turned to acting. He caught his first big break as a supporting player in the Best Picture-winning From Here to Eternity, and after a series of sharp secondary roles, he rose to prominence in Marty, the story of a lonely butcher who makes a connection with a shy schoolteacher. Borgnine won a Best Actor Oscar for the role (and he remains the oldest-living Best Actor winner). After Marty, Borgnine co-starred in a number of memorable films, including The Dirty Dozen and The Wild Bunch. Borgnine also had a recurring voice role on SpongeBob SquarePants, and he picked up a Golden Globe nomination for his performance in the 2007 TV film A Grandpa for Christmas.

In addition to his favorite films, Borgnine discussed why directors were easier to work with in the old days, a hairy situation on location, and why there was no one quite like Gary Cooper. 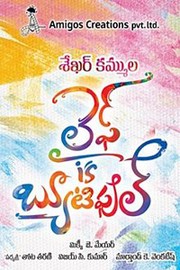 That is such a beautiful picture. I like the acting, I like the premise, I like the genuine honesty about the whole thing. It was one of those joyous things; even when [Roberto Benigni] was riding a bicycle, he was enjoying it, you know? ‘This is life, this is exceptional, this is something good!’ It’s just so beautiful. And it’s from the head and from the heart, and that’s what counts. And to me, Life is Beautiful is a beautiful film. 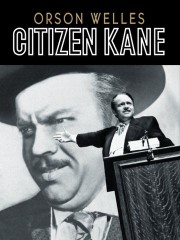 There’s another one called Citizen Kane. Here’s a man [Orson Welles] who didn’t look back and read about [William] Randolph Hearst and say, ‘sorry, I won’t make it until [Hearst dies]. He said, ‘To hell with it. I’m gonna make it anyway. If you see yourself in it, fine, that’s too bad.’ And he made it! And it was true! And the way he made it, and the way he works…. Ahhh. I had the opportunity to meet him one time, and I said, ‘Mr. Welles?’ And he said (mimicking Welles’ baritone voice), ‘Orson’s the name, and if you don’t win the g-d—ed Academy Award for Marty, I’m gonna quit it altogether.’ He was that kind of a fellow. He was a good man. 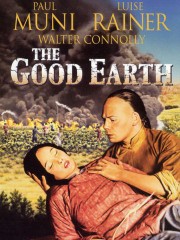 The Good Earth, with Paul Muni and Luise Rainer. What a piece of work. That to me is one you can watch all day long and not get tired of it. It’s wonderful. 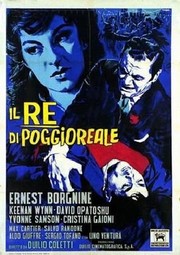 There’s one called Il Re di Poggioreale, The King of Poggioreale. It was called [Black City] in this country. The King of Poggioreale was one of [producer] Dino De Laurentiis‘ first pictures, and it was directed by Duilio Coletti. It was the story about a boot-maker in Poggioreale, outside of Naples. This cobbler, who was a complete nothing, a nobody, went on to become the big black marketer in Italy in World War II. And this actually happened. When people in Naples were starving to death, he managed to find food — steal it from the Germans, steal it from the Americans, steal it from anybody — to feed the people of Naples. And then, because of his knowledge of things, they sent him to the Vatican to bring back the jewels of St. Gennaro, who is the patron saint of Naples. And he went through the German lines, and came back with the jewels. Nobody ever expected him to come back. They said, ‘This man, he’s taken everything and run away with it.’ But he came back. And [the movie] actually showed what the people of Naples actually do today. One of the things about St. Gennaro is that they have his blood in what almost looks like a rolling pin. They roll it back and forth, and they move it back and forth, and it’s all dried blood. If there’s a good time coming for Naples, that blood will actually turn and become blood. In this picture, we took pictures of it — unbeknownst to anyone else — and you can actually see the blood flowing. It was a wonderful picture, and I played the lead. And I tell ya, I never enjoyed doing anything so much since Marty. 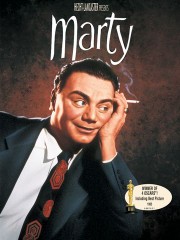 I played Marty because I was Marty. I was the kind of guy that was a wall flower. I didn’t know how to dance. To get a girl — my goodness, that was beyond comprehension for me, because I could see myself being turned down and I wasn’t the kind of person that liked to be turned down, you know? Why bother to ask if you’re going to be turned down? So I never asked. That was it. But time went along and I went into the service, and I grew up. When I saw that script, I said, ‘My God, that’s me.’ I was very happy to do it, because it gave me the opportunity to play something that I could easily play, and I knew that I had in my heart exactly what happened.

Next: Borgnine talks about his favorite actors, and recounts a scary moment south of the border.

Rotten Tomatoes: You’ve worked with so many of the greats, actors like Kirk Douglas, Spencer Tracy, and Burt Lancaster. Who was the best actor you worked with?

Ernest Borgnine: It’s a tossup. One was Spencer Tracy, and the other was Gary Cooper. Now, people say to me, “Oh c’mon, he got it for saying ‘yup.'” (Editor’s note: Cooper was known for saying “yup” instead of “yes,” and it became a signature line for the actor.) Yeah? Watch him! He was so honest and true unto himself. This is what an actor is all about. And it’s true of Spencer Tracy, don’t get me wrong. But Gary Cooper was the kind of a fellow that, with a look, with a glance, with a touch of his finger — with just a little, tiny move, you could see what kind of an actor he was, because you felt it. You knew what he was going through. When he did [Meet John Doe], where he was gonna throw himself off that building, you knew he was gonna throw himself off! There was no doubt about it. He was that honest. He said to me one time when we were riding along in a car, he said, “You know, I sure wish I could act like you.” I said, “But sir, you’ve got two Academy Awards that show that you’re a good actor!” He said, “I got ’em for saying ‘yup.'” That was his excuse. But for me, every time he’s on the television, I watch him like a hawk, because he was so pure and honest it wasn’t funny.

RT: Speaking of Gary Cooper, you were in Vera Cruz together, and I heard an anecdote about something that happened when you went to buy cigarettes on location in Mexico, dressed as bandits and wearing fake guns. Is that true?

EB: Yeah! Charlie Bronson and I started off to get some cigarettes, and we were dressed up in costume, naturally. A whole truckload of soldiers went by, and we said, “Hola! Como le va?” Y’know? “Hello! How are you?” And we kept on, and all of a sudden we heard, “Alto!” Which means “Halt!” We turned around and all these guys had pointed pistols at us! We said, “We’re actors! We’re actors!” Oh, God, we were frightened! It wasn’t easy, I tell ya. We were going to get some cigarettes, that’s all!

RT: As someone who spent 10 years in the Navy, how many war films come close to depicting the experience in any real way?

EB: I think The Longest Day was just about the best of ’em. Tora! Tora! Tora! was pretty good, but The Longest Day is just about the best of them, because it showed the guys trying to get up that cliff and everything else. It must have been hell. I wasn’t in any part of that, and I’m so glad I wasn’t, but I could just feel what those fellows were doing that day, and believe me, it wasn’t easy. And there’s Gary Cooper’s Sergeant York. He won the Academy Award for that one. Boy, what a piece of work that is.

RT: Are there any younger actors whose work you admire?

EB: The closest one that comes to mind — a wonderful actor — is Gary Sinise. What a great guy. What a wonderful person. Not only that, but I watched him where he took his band and performed for the troops overseas. I met him in person one time, and he said, “You mind if I come over and talk with you?” And I said, “No! C’mon!” It was the most wonderful hour you’ve ever seen in your life, and it passed like a minute. He can do no wrong, as far as I’m concerned. What a performance he did in Forrest Gump.

RT: You’ve also worked with some prominent directors, like Sam Peckinpah, Nicholas Ray, Fred Zinnemann, and Robert Aldrich. Who was your favorite to work with?

DG: Bob Aldrich. The Dirty Dozen, Emperor of the North, Flight of the Phoenix — he did it all. Believe me, working with him was like a dream. Delbert Mann was another one. When you worked with Delbert Mann, you got an acting lesson. He was wonderful. He didn’t direct you, he just kind of suggested things as you go along, and first thing you know, it’s the easiest thing in the world. I’ve worked with people who drum you over the head and then [they say], “Try it again. Try it again.” When I was working making pictures — real pictures — directors came on the set. They actually watched you on the set. They watched your expression. They watched everything. Today, they watch actors who insist on wearing dark glasses. You can’t see anybody’s eyes! And they watch all this not by being on the set, but by watching a little television set. And as long as it all fits within the allotted section of time, it’s like, “Hey, that’s it. Print it!” There’s no honesty. There’s no real feeling that goes beyond it, with the head and the heart and everything else. To me, my directors are always the man who leads the band, and I say, “Yes sir,” and “No sir,” and that’s it. I’m the only one who does it. Everybody calls him by his name, but I call him sir, because to me, he’s the director of the band, and when we’re off the stage, that’s when I call him by his first name, and that’s fine.