The star of this week's Any Day Now on his all-time favorite films.

“Gosh, it’s really hard to choose five favorite films because they sort of change as you grow older, and sometimes you re-visit ones that you have gone through periods of hating,” he explains, “but I always think the benchmark is which ones I’d grab to take into a nuclear bunker, and so these are they… ”

I think this is a work of genius. It manages to be utterly hilarious, completely tender and touching, and biting and satirical at the same time. It actually taught me a lot about America. As I saw it shortly after I moved here, I realized that if these type of situations and characters were being parodied then they must actually exist. When the DVD came out, I bought it and I’m still reeling from the number “This Bulging River”. I think the only people I’ve ever geeked out about in an embarrassing way are the people responsible for this film.

A Matter of Life and Death (Michael Powell and Emeric Pressburger, 1946; 95% Tomatometer)

This is a film by Michael Powell and Emeric Pressburger that was called Stairway to Heaven when it was released in America. I saw it as a child and it really fascinated me, the idea that death was debatable, and it also drilled into my mind how life was so precious and flimsy. I also love how all the famous characters from history are seen in Heaven taking part in the debate. Powell/Pressburger are amazing filmmakers, and I wish we had more like them these days. “Magical realism” is a rather trite phrase, but their films are both magical and real.

I fell upon this documentary and it is an absolute gem. What makes it so is the five people’s homes that we are invited into. Their homes are — of course — insane, but it’s their happiness and comfort with them that is really the thrill. Again, it’s funny and tender and the filmmakers don’t try to try to be shady with their subjects at all. They just let them speak and their enthusiasm and joy floods over us.

If anyone comes to my house in the country and has never seen this film, I always show it. So, in a way, I am emulating — in that action — exactly Auntie Mame. It is a joyous, crazy cartoon of a movie that has a little bit of everything, but at the heart is this woman we’d have all loved to have known and have taken us under her wing. I also love wall-to-wall speaking in film, and you sure get a lot of dialogue in this one. And who could resist a catch phrase like “Life is a banquet and most poor suckers are starving to death”!

This is an absolutely glorious film. I adore Juliette Binoche and have had very confusing feelings in my tummy about her ever since I saw the The Unbearable Lightness Of Being. She is amazing in this film and it’s a really heartbreaking tale of loss and hurt. The scene where she water-skis up the Seine is one of my favorite spectacles in all of cinema.

Any Day Now opens in limited theatrical release this week. 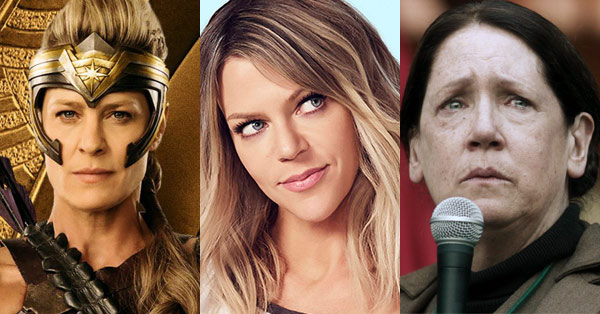 24 Best and Worst Aunts of Movies and TV