Film Fest Preview: Where To See Next Year's Oscar Contenders Before They Hit Theaters 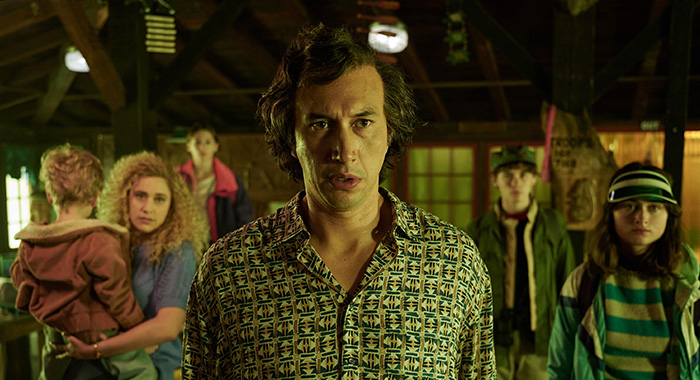 Although the three most important fall film festivals—TIFF, Venice Film Festival, and Telluride Film Festival—came to an end by mid-September, that’s really just the start of a packed festival season that sees most of this year’s awards hopefuls traveling all over the country (and beyond). Over the next few months, several prominent film festivals will be presenting the season’s most acclaimed films to enthusiastic regional audiences, as the whirlwind of buzz, tributes, and word of mouth continue to work their strange alchemy.

The first notable festival on the docket after Toronto (TIFF) was Fantastic Fest, a beloved genre showcase in Austin, Texas that was held from September 22-29, and played many of the year’s more unique and transgressive awards contenders. Films like The Banshees of Inisherin, Decision to Leave, Triangle of Sadness, and The Menu all played well at Fantastic Fest, and are each making multiple additional stops on the busy fall calendar – and there’s still more to come!

Here’s our chronological breakdown of what’s on offer at seven other significant festivals happening between now and the Oscars, and how they may influence the way the season plays out. 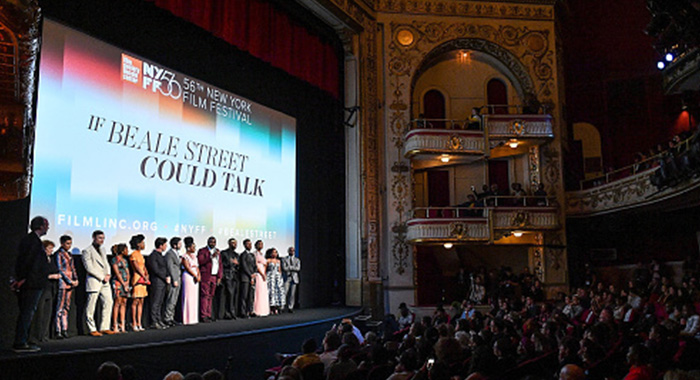 First up is the New York Film Festival, which is celebrating its 60th year and kicked off last week with the North American premiere of Noah Baumbach’s White Noise. Baumbach is also one of several great filmmakers giving a free talk at the fest in support of their latest work, a list that also includes Paul Schrader, Park Chan-wook, Frederick Wiseman, Alice Diop, Joanna Hogg, Kelly Reichardt, and Mia Hansen-Løve. Tilda Swinton will also receive a special spotlight at the festival, newly restored classics by the likes of Edward Yang, Claire Denis, and Pedro Costa will be unveiled, and the 50th anniversary of the Soviet sci-fi classic Solaris will be celebrated with a screening accompanied by a newly composed live score.

But the big stories at this year’s NYFF are a handful of world premieres that could prominently impact the awards landscape. First up was Till, which premiered a few days ago. This portrait of Emmett Till’s mother by filmmaker Chinonye Chukwu (Clemency) received rapturous acclaim for Danielle Deadwyler’s star performance and looks to be a major factor in the Oscar race. And She Said, director Maria Schrader‘s (Unorthodox, I’m Your Man) dramatization of the Harvey Weinstein investigation, could have a similar effect when it debuts on October 13. On the documentary side of things, NYFF will also be premiering two portraits of legendary figures: Martin Scorsese’s Personality Crisis, about New York Dolls frontman David Johansen, and A Cooler Climate, about filmmaker James Ivory as a young man in the 1960s. 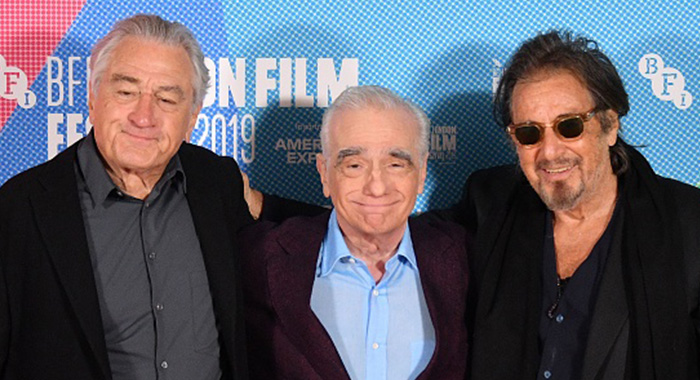 The British Film Institute has been hosting one of Europe’s most prominent film festivals since 1957 (a year in which they screened Akira Kurosawa’s Throne of Blood and Ingmar Bergman’s The Seventh Seal, among other all-time classics), and this year’s edition will host a treasure trove of the season’s most acclaimed fare, including Glass Onion: A Knives Out Mystery, The Banshees of Inisherin, The Whale, Living, Bones and All, Women Talking, and The Triangle of Sadness. Also at the festival will be She Said and Till, both coming to London fresh off their NYFF premieres a few days prior.

BFI London also has an impressive slate of Screen Talks on offer, including conversations with Jennifer Lawrence, Bill Nighy, Janelle Monáe, Aubrey Plaza, Noah Baumbach, Mia Hansen-Løve, and Alejandro G. Iñárritu. But perhaps the most talked about event at this year’s fest will be the world premiere of Guillermo del Toro’s Pinocchio, a long-awaited reimagining of the classic tale. 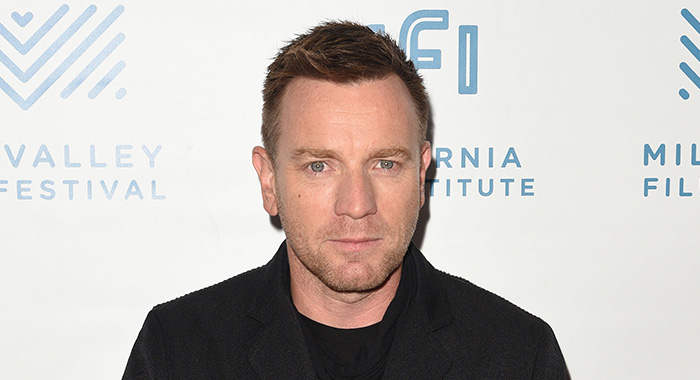 Festival season finally hits the West Coast courtesy of the Mill Valley Film Festival, which has been a Bay Area staple since the late 1970s. Mill Valley is known for their selection of tributes and spotlights, which often portend awards season success, and this year looks to be no different, as tributes will be given to Brendan Fraser and James Gray, while spotlights will be cast on Noah Baumbach (who will be logging some impressive travel miles this month), Nikyatu Jusu (writer/director of Nanny), Daniel Giménez Cacho (star of Bardo), and the ensemble of Women Talking.

In addition to the latest works from that immensely talented list, other notable films on hand in Mill Valley this year include Broker, Causeway, Corsage, Decision to Leave, Empire of Light, EO, Glass Onion (the Opening Night film), Holy Spider, Living, She Said, TÁR, The Banshees of Inisherin, The Good Nurse (the Closing Night film), The Grab, The Wonder, and Till (the fest’s Centerpiece film).

One of the hot new darlings on the festival circuit is the Middleburg Film Festival, which is celebrating its 10th anniversary of bringing exciting new cinema to the D.C. area this year. Most of the season’s major titles will be on hand, including White Noise (Opening Night), Glass Onion (Centerpiece), and Empire of Light (Closing Night), as well as Aftersun, All Quiet on the Western Front, Decision to Leave, The Good Nurse, Living, She Said, TÁR, Till, Triangle of Sadness, and Women Talking. 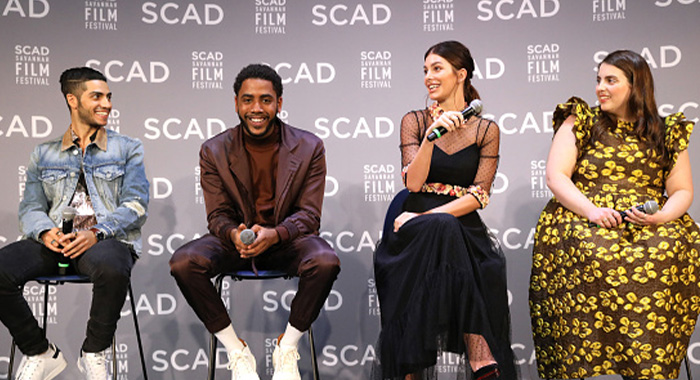 Celebrating its 25th edition this year is this beloved festival hosted by the Savannah College of Art and Design. Sure to delight audiences is this year’s In Conversation series, which features prominent guests Ron Howard, Miles Teller, and three-time Oscar-winning costume designer Sandy Powell. There’s also a loaded lineup of panels covering nearly every aspect of women in the film industry, and panel guests include Maria Schneider and indie-film-super-producer Christine Vachon. 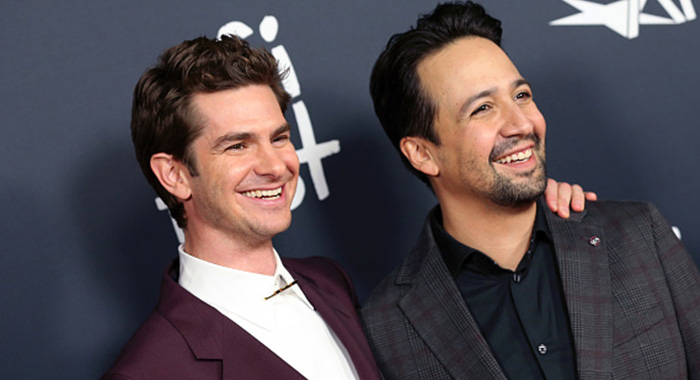 Conspicuously absent from all of the above lineups is Steven Spielberg’s The Fabelmans, which won the coveted People’s Choice Award in Toronto but is opting to lie dormant for all of October before finally making its long-awaited US premiere at AFI Fest in November. Also on hand in the lineup at this late-season staple are Bardo, Living, She Said, Bones and All, Nanny, Sr., Women Talking, EO, The Eternal Daughter, Godland, No Bears, One Fine Morning, Guillermo del Toro’s Pinocchio, and Saint Omer, among many others.

But perhaps the major story at AFI Fest this year is its equitable celebration of women in film. 53% of films in the official selection are directed by women, Ava DuVernay is serving as this year’s Guest Artistic Director, and the fest will also host the world premiere of the documentary Selena Gomez: My Mind and Me.

One of the final stops on each year’s awards calendar is this beloved Southern California fest, which was founded in 1986. Since then, Santa Barbara has turned into a crucial spot on the awards circuit because it often takes place right before—or sometimes during—Oscar voting, so it’s the final chance for contenders to grab the spotlight in front of an audience that’s often filled with Academy members.

Although this year’s fest is still four months away, and the lineup hasn’t yet been announced, we do know two things: the festival is hosting a Black Tie fundraiser event on December 9 where Michelle Yeoh will be honored with the Kirk Douglas Award, and Brendan Fraser will be the recipient of a major honor at the fest on February 14. Either one of those events, both centered around presumed Oscar frontrunners, could be a major factor in tipping the finicky scales of Oscar fortune.