Chicago native Tyler Young may be a new face — his resume so far includes one-episode appearances in Chicago Fire and Empire — but he embraces weighty subject matter in his role as Philip for USA Network crime drama Eyewitness.

Will the killer find the witnesses? Can Helen keep Philip safe?

While Nicholson’s badass sheriff dominates the screen, her commanding performance provides a balance against which the nuance Young brings to Philip’s vulnerability can be fully appreciated.

We spoke with Young by phone just days before the premiere of Eyewitness, which also stars Gil Bellows, Warren Christie, Tattiawna Jones, and Matt Murray. Adi Hasak, creator and executive producer of the Jennifer Lopez–starring Shades of Blue, is creator, executive producer, writer, and showrunner on the new series.

During our talk, Young revealed that he is a frequent user of Rotten Tomatoes and won’t see any movie unless it scores 70 percent or above on the Tomatometer. He also shared some of the backstory he and his co-stars created.

Fred Topel for Rotten Tomatoes: Eyewitness is really your first leading role. How did this all happen for you?

Tyler Young: I’m still asking myself that right now: how this all happened for me. I suppose it was a lot of perseverance and patience and good fortune and good luck. Ultimately, meeting good people at the right time, because it wasn’t easy. On paper it looks like this kid from Chicago moved to L.A., and in six months he booked a lead on a show. Really the journey began 12 years ago when I decided that I was going to be an actor. Every year after that, becoming more serious about it, more serious about it, navigating being this kid from the suburbs of Chicago and moving to the city of Chicago and tackling that, which is almost as difficult as being in L.A. You have to rise through the ranks in Chicago. The small roles all led me to this big one. I’m grateful for all the experiences I acquired along the way. I kind of packed up my car and moved out to California with dreams, and I put all my energy, ambition and drive into this goal. Somehow it just worked out for me. I feel so fortunate for that.

RT: Were there a lot of actors up for the role of Philip?

Young: These really good casting directors in L.A., Junie Lowry-Johnson and Libby Goldstein, they are very difficult to get in the room for. My manager is incredible. He’s a wizard and somehow convinced them that I was the guy for the role. I think I was the last appointment on the first day of casting for the role. I looked at the casting sheet for the audition. I was number 14 on the day. I just went in, I did my thing. I sensed that the casting directors were kind of into it and they liked me, but you never know. You never know what they’re really thinking. They might have just been being nice.

But then the next day I got a text from my manager: “They’re interested in you for Eyewitness.” Still at that point I was like, “Yeah, yeah, cool, all right. I’m not going to get too excited about this.” And then the next thing you know, I’m sitting down with Adi Hasak, the showrunner. He developed the show for the United States. He told me in this meeting that they watched my audition tape, they really liked it. They really see me in this role and that they were just really excited to have found me. Then about a week later — I was hiking actually — and I found out I got the role. I couldn’t believe it because it never happens like this. I’ve screen-tested before for a role on another network, and it was a more standard process where you go in to the studio or the network and you see the other four or five or however many guys are testing for the role. You can actually see them, and you all go in and do scenes and chemistry reads with other actors. For this one, it was a miracle. Some energy, some force was on my side.

RT: Did you research foster care and what it’s like for foster kids?

Young: Yeah, when I first got the role, that was the side of this character that I was most unfamiliar with. I come from a very traditional family. I grew up in the suburbs of Chicago in sort of a bubble community where I had everything provided for me. To learn about what it’s like to be a kid who’s been in and out of the system, from the rough side of town and been given the tougher hands of cards of life, I had to see how that would affect you. When I met with [pilot director] Catherine Hardwicke the first time, we talked about maybe going and talking to some real kids, but to me that almost felt invasive, to talk to these kids who were going through these problems and have actually been through it. I’m just this actor trying to do it for research for the show. That sort of felt selfish to me.

There are so many great books out there, so much literature and so many documentaries have been made, so many great articles that have been written about the program. That was my way of doing the research, reading a bunch of different accounts of the foster care system, and how different it can be for everyone that goes through it. It’s not like a one-size-fits-all system. Some kids go through it and have great success, and they’re adopted right away. Some kids are in and out of foster homes due to circumstances sometimes out of their control. They’re kicked out of certain homes, put back into certain homes. They have horrible experiences, good experiences, everything in between. So I just looked at as many different accounts as I could. In terms of this character, I got to create him really. I chose what aspects of all those different people’s experiences would make the most dynamic and interesting character for me to play.

RT: You have one scene with your biological mother, and she looks like a very young mother. What do you think is the backstory of their past?

Young: The woman who played my mother, Carlyn Burchell, she’s an incredible actress, and she is very young. They actually used age makeup on her to age her a little bit. I literally met Carlyn the day we were shooting that scene. We went in my trailer, sat down, talked it out and figured out where we’ve both been, what our previous situations and circumstances happened. We just decided that Philip’s mother Anne was just a really well-meaning artist who had just happened to struggle with addiction and has had unfortunate relationships with men. The man who was my father has just abandoned our life. We looked at it maybe perhaps she had come from a better circumstance in life. She had maybe come from money, but she got into the art scene and that led her to drugs. Then she got down on her luck. She got pregnant very young. She was absolutely a teenage mother. It’s very apparent when you see how young she is still. Those scenes that I did with Carlyn are some of the most intimate scenes and some of the most unexpectedly emotional and just very connected scenes.

RT: So we see her again?

Young: She definitely continues to be involved in the story and she develops further. Just like all the other characters, she’s not just there to be an added element. She’s actually there for a very important reason and you do learn a little bit about her and get to see into her soul a little bit. There’s a lot that we created together that you don’t really see in the show. I think and I hope that people will see our connection and buy us as mother and son.

RT: Do you think Lukas is Philip’s first relationship?

Young: Wow, you’re asking all these interesting questions which were my homework as this character when I got this part. I had to fill in a lot of the blanks. I personally believe, and Adi and the writers seem to agree, but I personally believe that Philip has never had a true-love relationship before. I do believe that he has had sexual relationships or sexual encounters, possibly even has sort of exchanged for money or other material items in his attempts to get by and fend for himself and his mom. But I don’t think he’s ever had a boyfriend before. He certainly never experienced love like he does with Lukas.

RT: And Lukas is not completely out, so what sort of conflict is that for their relationship?

Young: For Philip, he came from New York City where you can walk down the street and people will barely even look at you. Being LGBTQ is an important thing, but in a big city, sometime people don’t really care so much about anyone else. Then he moves to a small town and everyone knows everything about each other. Anyone who’s a little different or doesn’t fit into the norm is ostracized and looked at as an outsider. So I think for Philip meeting Lukas, someone who’s so closeted and afraid to just be himself because of the rejection he believes he might receive from the people that surround him, it opens Philip’s eyes to even more cruelties of the world. He thought it was cruelty as a street kid in New York and having a drug-addicted mom, but then he realizes you can be so cruel to yourself, even more so than life can be cruel to you. He realizes that it seems at first that Lukas’s struggles are sort of vain and just “get over yourself” sort of thing. But then realizes this is truly an affliction of his mind and something that is deeply rotting away at his soul. Philip sort of takes it upon himself to help Lukas through this journey of self-discovery, no matter what.

RT: How did you work with Julianne Nicholson on creating that sort of uneasy support and trust?

Young: We got to know each other slowly. When we first met, our personality types, we’re so skeptical, a little weary of everybody that we meet at first. We’re slow to really sink into a relationship and divulge too much information. That was something I noticed about her. I think that’s very similar actually to our characters on the show. We took it slow, getting to know each other naturally, working together. We weren’t playing any “get to know you” games. It just all organically came to life. I think you can see that in the show. Our characters do start out very tense and this disconnect between us. It’s this push-and-pull where sometimes it feels like we’re making progress, sometimes it’s two steps back, two steps forward, then back and forth. I think despite how beautiful and incredible of an actress Julianne is, how easy she is to work with, we made it look like it was difficult for us to be around each other. That was acting. That was the hardest part of it. Act like I didn’t really want to be around her, but I would be around Julianne as much as she would let me. 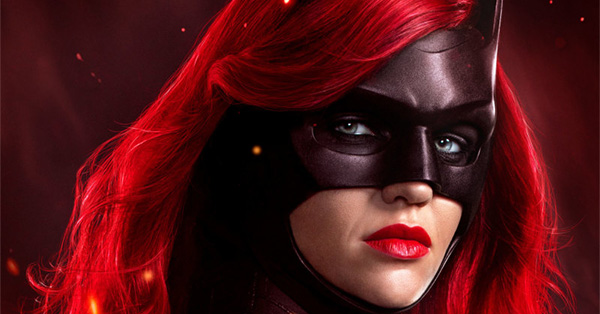