Everything We Know About The Boys Season 2

Who's gone? Who's coming back? And what will be the plot when the gritty and sarcastic superhero series returns in September?

Amazon’s adaptation of The Boys was one of the more remarkable success stories of last summer. Based on the comic book by Garth Ennis and Darick Robertson, it took a more cynical look at superheroes.  It also introduced a sweet romance, a thoroughly terrible corporation, and Billy Butcher (Karl Urban) – the leader of a group of normal people dedicated to revealing the truth about the superheroes.

And then the show pitted him against the most unstable and powerful of the corporate heroes: Homelander (Antony Starr). Their conflict, though, threatens to blow the roof of a carefully maintained corporate secret and the very reason Butcher hates heroes. In fact, season 1 left the two characters face-to-face as Butcher learned a horrible truth about his past. Meanwhile, the rest of the Boys are on the run and, as a new teaser trailer reveals, public enemies.

The comic book series ran 72 issues — with a handful of additional miniseries — which means the program has many options to continue for some time. But what does this mean for the second season? Let’s take a look at what we know and see what we can glean about what is to come.

Who Is Coming Back?

Considering season 1 was fairly light on main character deaths, you can expect Hughie (Jack Quaid), Mother’s Milk (Laz Alonso), Frenchie (Tomer Kapon), and Kimiko (Karen Fukuhara) to return on the side of the Boys. Members of the Seven like Starlight (Erin Moriarty), A-Train (Jessie T. Usher)m and Queen Maeve (Dominique McElligott) will also return, as will The Deep (Chace Crawford), who has plenty of story ahead of him as hinted at in December’s season 2 teaser trailer.

Then there’s Butcher and Homelander. The season 1 finale saw them at the home of Butcher’s wife, Becca (Shantel VanSanten), who he thought to be deceased. Both characters have a relationship with her and it’s … well, it should lead to some sort of ultimate showdown, but it’s pretty clear that fight will be postponed as both Homelander and Butcher face new challenges. But will the knowledge his wife is still alive change Butcher’s approach to the mission? As we see in the most recent teaser trailer, Butcher has a new plan — which Hughie preemptively does not like — and it appears to involve a lot of blood. Also, Butcher’s absence from the group will be covered in a short film to be released sometime during season 2.

And what of the ongoing relationship between Hughie and Starlight? She stayed behind to give the Boys time to escape — even as Hughie tried to save A-Train’s life — but she will presumably find some way to get a hold of Hughie. Will she be their mole going forward or will the new situation within the Seven make her completely unable to talk to him? During a June 26 livestream announcing season 2’s premiere date, Moriarty said the audience will see “the transformation [into who she needs to be] and that’s going to be satisfying to those who are rooting for her.”

We also expect the Deep’s exile in Sandusky, Ohio will continue.

Meanwhile, one rarely seen member of the cast, Butcher’s dog Terror, may make his way onto the show. Presented only in flashbacks so far, executive producer Eric Kripke told Rotten Tomatoes last year that Terror’s status was left ambiguous just in case they found a way to introduce him into the show’s present storyline, which will be a relief to the comic book fans disappointed by his absence in the first season. But his brief appearance in the trailer may just be another flashback.

Who Is Definitely Gone?

Vought CEO Madelyn Stillwell (Elisabeth Shue) will not be returning for obvious reasons. She didn’t make it, but gave both Butcher and Homelander some things to consider. In her place, Giancarlo Esposito – who was introduced late in season 1 as Vought founder Stan Edgar – will become the face of the company in season 2. This is something of a departure from the comic, where Stillwell (a male character) remained a thorn in the Boys’ side for a long while. Edgar will definitely be taking up that role. As seen in the first few minutes of the season, screened during the recent livestream, he’s getting his military contract and will no doubt play up The Boys’ fugitive status as proof that his Supes are needed.

It is unclear, however, if we will see Agent Raynor (Jennifer Esposito) or Starlight’s mother, Donna (Ann Cusack), again. In the case of the latter, Starlight’s defiance would seemingly put her at odds with her mother forever. And as for the former, well, Butcher’s out of favors to pull from her at this point, so he may never call upon her again.

The big addition for season 2 is Aya Cash as Stormfront (seen in the first three minutes video above), which first came to light as season 1 made its debut last July. In the comics, the character (a loose parody of both Marvel’s Thor and DC’s Shazam) is the leader of the B-list superhero team Payback, male, and a literal product of the Third Reich. It is unclear how much of the character’s backstory will carry over to the television series.

Here is @entertainmentweekly first look at Stormfront. It was a wild ride. Can’t wait wit for y’all to see season 2 of @theboystv link in bio.

She is chosen by Edgar to replace Translucent, but immediately challenges Homelander thanks to her ease with social media and her large following on those platforms.

“In the age of social media we have a whole new group of celebrities; this whole group of people who are successful on the internet. She is one of those people,” Cash said during the recent livestream.

But considering she is one of The Seven, it is unlikely she will use her influence for any sort of good.

“I’m such a bad guy that there will be questions coming my way,” she added. “Right now, I’m just reading history books.”

Other new additions include Goran Visnjic as Alistair Adana, another church leader with a tenuous grip on the faith, and Claudia Doumit as congresswoman Victoria Neuman.

And while Black Noir (Nathan Mitchell) isn’t exactly a new character, he will have a lot more to do in the second season. During an appearance at C2E2 in February, Starr told an audience of fans, “I think they probably wrote to him the strongest in season 2 in my opinion. Black Noir is like a f—king force in season 2.” Setting him against the Boys will no doubt result in plenty of the blood-splatter we saw in the trailer. Also, as readers of the comic book will know, Black Noir’s true identity is one of the comic’s big reveals and may yet become a plot point on the television show.

When Will It Run? 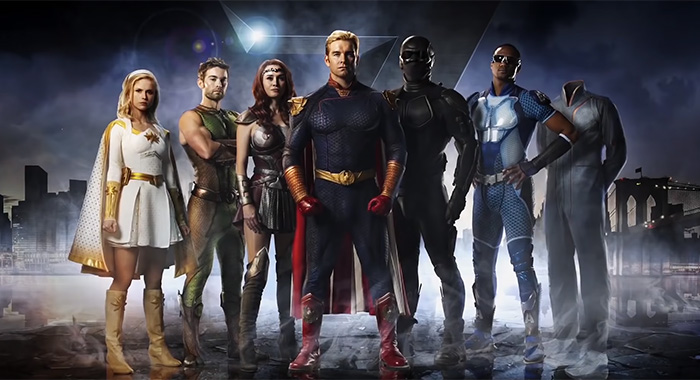 The new season will debut on September 4. But in a twist on Amazon’s usual model, not all of the episodes will be available that day. Instead, fans can binge the first three episodes of season 2, then come back each week for the remaining five episodes through October 9. As Kripke explained during the livestream, “We decided there’s so much crazy sh– this season that we want the audience to absorb it and recover.”

We also think the sustained social media conversation about The Mandalorian during its weekly first-season run may have also had a hand in the change.

Will There Be More Boys?

After it was revealed that a season 2 episode title utilizes the name of the comic’s final major storyline, “The Bloody Doors Off,” some fans were afraid that two seasons were all we were ever going to get. But during the show’s Comic-Con@Home panel on July 23, producers Seth Rogen and Evan Goldberg announced that the series had already been picked up for a third season. Of course, things are a little up in the air right now, due to the COVID-19 pandemic, and Rogen quipped, “When can we film season 3? Anyone’s guess! Hope sometime this decade.”

Thanks to the original comic book series, there are plenty of stories to draw from, to say nothing of the show’s departures from those tales creating more stories of their own. The show has legs and may be with us for some time yet.

Bookmark our TV Premiere Dates calendar for updates on when The Boys season 2 will arrive on Amazon Prime Video. 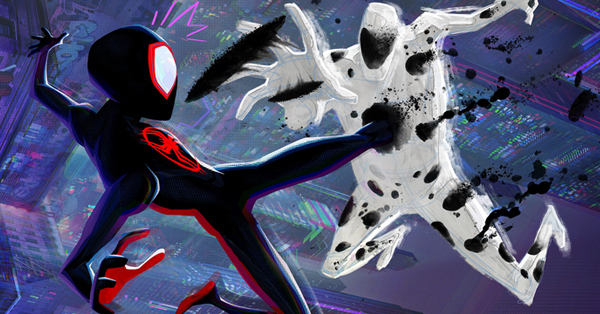