Everything We Know About HBO's His Dark Materials

With HBO’s Game of Thrones finally complete, the network is searching for a successor to its crown jewel. The first major contender is an HBO and BBC coproduction, the adaptation of author Philip Pullman’s epic fantasy trilogy His Dark Materials. Set at the crossroads of fantasy and science fiction, it has going for it both the network’s proven pedigree, as well as a fanbase as loyal as A Song of Ice and Fire‘s. But will that be enough to succeed GoT’s place in the TV viewer’s consciousness? Let’s look at what we know about the show, which premieres November 4, to try to find out. 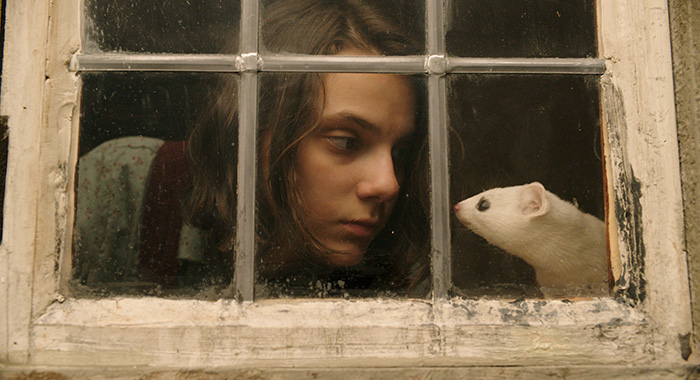 Beginning with 1995’ Northern Lights, published in the U.S. as The Golden Compass,  Pullman devised a world of parallel universes, witches, soul-animals, and talking polar bears. The story centers on Lyra Belacqua, a 12-year-old living in Oxford, England. But the Oxford of her carefree days contains elements not seen in our world — namely Pantalaimon, a manifestation of her inner-self known as a “dæmon.” When Lyra warns her uncle, Lord Asriel, about an attempt on his life, she learns about a mysterious substance known as Dust and the parallel worlds her uncle has spied through the Northern Lights. This knowledge is deemed heresy by the Magisterium, a version of the Holy Church that has a high position of authority in this world..

As Lyra begins to look into the disappearance of her best friend, she is soon adopted by Mrs. Coulter, a woman involved in a Church-sanctioned child abduction program. Fleeing from Coulter, she joins a caravan of nomads. Along the way she meets Iorek Byrnison, the talking bear you might dimly recall from The Golden Compass film, and learns some surprising truths about her family history.

She also learns more about Dust, which leads to a shocking betrayal and her decision to step into alternate worlds — including our own.

The themes are pretty heady, with Dust emerging as the possible source of all human sin. Pullman, a self-described “Church of England atheist,” takes Catholicism to task for many of its tenets and, in His Dark Materials, openly declares Original Sin as one of the hallmark strengths of the human race. Naturally, controversy followed him as his thoughts do constitute a sort of heresy. Subsequently, Pullman would become more nuanced in his stance, suggesting powerful institutions — and not the underlying philosophies — lead to societal ills.

Nonetheless, the first novel earned several literary awards in the U.K. and was named on many U.S. top choice lists upon its publication.

The subsequent novels in the series, The Subtle Knife and The Amber Spyglass, continue Lyra’s journey as she is joined by Will Parry, a 12-year-old boy from our reality who ends up in possession of the Subtle Knife. The two learn more about the nature of sin as they face an Eden-level temptation. Pullman continued to write short stories in this frame. He also began a new trilogy of novels, collectively known as The Book of Dust, starting with 2017’s La Belle Sauvage and continuing with October 2019’s The Secret Commonwealth.

The success of The Lord of the Rings: The Fellowship of the Ring was met with rival studios attempting to set up their own LOTR-style success. Curiously, LOTR‘s home studio, New Line Cinema, believed His Dark Materials would lead to a repeat of its earlier creative and financial gains. New Line bought the rights to the trilogy in 2002, leading to the 2007 film The Golden Compass, starring Daniel Craig, Nicole Kidman, Sam Elliot, Eva Green, and Dakota Blue Richards as Lyra. Chris Weitz, signing on as writer and director, chose to soften the novels’ criticisms about organized religion, leading to the displeasure of fans and Weitz’s decision to ultimately walk away from the project. Reflecting on his choice, he told Newsweek that he’d realized the fan ire, technical challenges of making a blockbuster picture, and the studio’s seemingly inevitable disappointment when the film was not a LOTR-sized success made the project something of a poison pill. He would soon return after his replacement, Leap Year‘s Anand Tucker, walked away citing the old “creative differences.”

The film takes certain liberties with the source – including changes to Lyra’s journey and the deletion of the book’s ending – which Pullman publicly supported at the time. Eventually, both he and Weitz admitted the changes were made to give the film a more upbeat ending and increase the chances of a second film. It also made the mistake of many, many fantasy films before it and since: an opening narration robbing the audience of its chance to discover Pullman’s world organically.

As a consequence, New Line’s hoped for film trilogy never emerged and many forgot the film ever happened.

As in the early part of the century with The Lord of the Rings, Game of Thrones opened an opportunity for fantasy to migrate from the page to the screen. And as the genre’s prestige rose thanks to GoT, Pullman came to view television as a better place for his material to reach an audience. In 2015, BBC One commissioned an eight-episode adaptation of the trilogy. Expected to arrive in 2017, little else happened besides writer Jack Thorne (National Treasure) telling the press that the program was still on its way.

It suddenly burst to life the following year with Logan’s Dafne Keen signing on to play Lyra, The Danish Girl‘s Tom Hooper agreeing to direct the first two episodes, and Lin-Manuel Miranda taking on a role later revealed to be aeronaut Lee Scoresby. Soon after, James McAvoy, Clarke Peters, and Ruth Wilson joined the ensemble. After these announcements, HBO signed on as a co-producer and BBC One ordered a second season before the first had even been filmed. 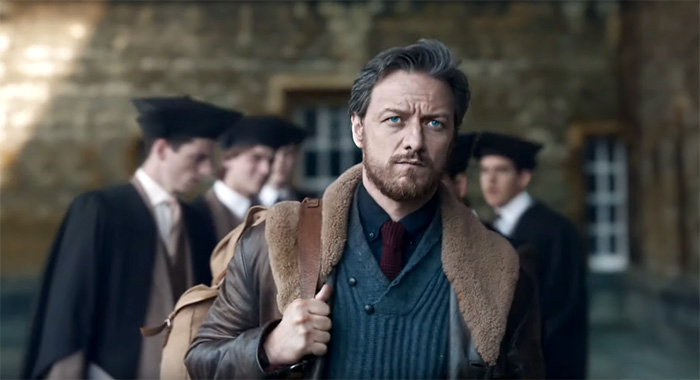 According to producer Jane Tranter — who is responsible for bringing Doctor Who back to TV and is now founder of Bad Wolf Production company — that decision was made to prevent Keen and the other child actors from aging out of the characters too quickly.

“There is a great thing in His Dark Materials of a girl going through puberty and we wanted to be able to pace that story out age-appropriately,” she explained to reporters at the Television Critics Association summer press tour in August.  “And so, that’s why everyone — HBO and the BBC — went with us for 16 episodes.”

READ ALSO: Upcoming TV Fantasy Series That Could Be the Next Game of Thrones 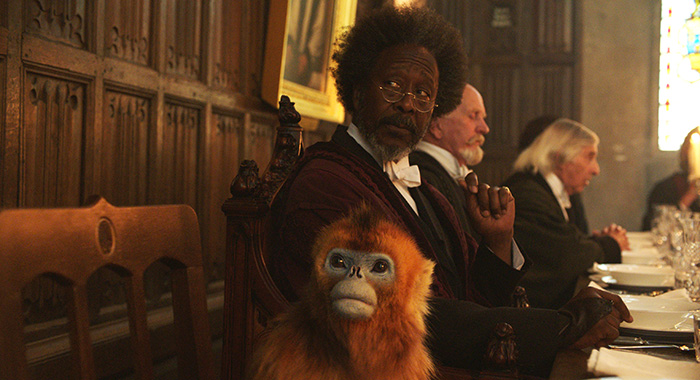 HBO’s plot description closely resembles that of the early Northern Lights chapters. Lyra’s search for a missing friend leads her to learn about Dust and the alternate worlds. It also goes out of its way to mention Will Parry, who will seemingly debut earlier than he does in the novel series. Based on the most recent trailer, Lyra’s journey will closely mirror the one described in The Golden Compass. But with its emphasis on Asriel’s conflict with the Magisterium, the preview also suggests viewers will become privy to certain motivations and issues far earlier than readers, who spend the entire first novel alongside Lyra and learning about the world(s) with her.

Curiously, the controversies that dogged the film production have not returned with the series — or, at least, they have not resurfaced yet. Considering Pullman’s views on the church, it is only a matter of time before old quotes end up back in print and old opponents try to take the television series to task. If that proves to be the case, Tranter has a ready reply: “[The series] is not an attack on religion. It is an attack on a particular form of organization.” Which could always be true, but it is also easy to imagine HBO wants to court the controversies, which may lure viewers to watch this lavishly-produced rendition of the story. The new trailer even seems to poke at the beehive with its mentions of the Magisterium as a regressive organization.

The long-awaited series will debut Monday, Nov. 4 at 9 p.m. on HBO.