He played the body of Abe Sapien in the original "Hellboy," plus he was Pan in "Pan’s Labyrinth" and the Silver Surfer in this summer’s "Fantastic Four 2," but versatile actor Doug Jones plans to be extra-busy once "Hellboy 2: The Golden Army" gets rolling in May.

The first piece of news is that Mr. Jones will now be supplying the voice for Abe Sapien, which means that David Hyde Pierce will not be returning to that particular gig. (Shame, really, I thought he did a really good job in the first movie.) In addition to the heroic Sapien, Jones will also be playing the roles of "Angel of Death" and "The Chamberlain."

All these memorable characters, and I bet you probably wouldn’t recognize Doug Jones if you tripped over him in a shopping mall. I sure wouldn’t. 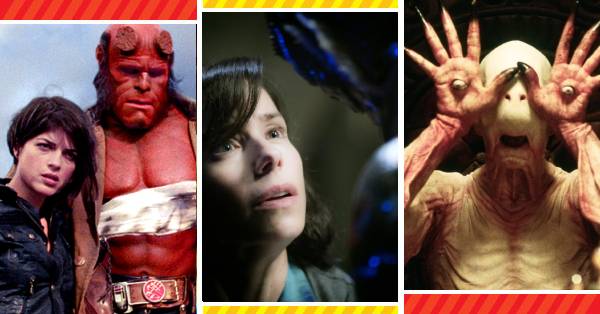