Deadly Class Early Look: The Daggers in Your Back Are Real at This School

Syfy series set in the ’80s stays true to its source material with comic book co-creator and writer Rick Remender aboard as series co-showrunner and the Russo Bros. as EPs.

Early in the second issue of Image Comic’s Deadly Class – a comic book series about a young man surviving a high school for assassins, drug lords, strong men, and other criminals – protagonist Marcus Lopez makes an observation that feels like a mission statement for the entire series: “Just doesn’t matter where they from, kids are all the same – vicious. Only difference is, in this place … the dagger they put in your back is real.”

Plucked off the streets of San Francisco and admitted to Kings Dominion School of the Deadly Arts, Marcus is forced to face his own social anxieties, trauma from seeing his parents killed, and a lethal form of otherwise mundane high school experiences. So, as it happens, the dagger is very real. 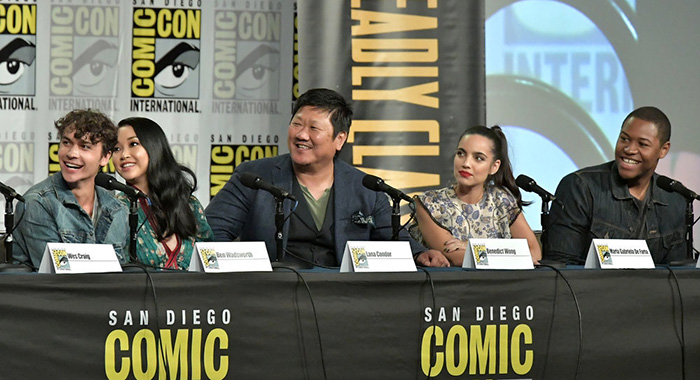 In fact, the dagger metaphor was a refrain Rotten Tomatoes heard a number of times at Comic-Con International: San Diego as the cast and crew of Syfy’s television version of Deadly Class descended on the convention to preview the upcoming series. And chief among those driving the premise home was the series co-showrunner Rick Remender, who also happens to be the co-creator (alongside artist Wes Craig) and writer of the comic book.

But by taking on showrunner duties, Remender exerts more control over the adaptation of his comic book series than most creators ever enjoy. And alongside fellow showrunner Miles Orion Feldsott and executive producers Joe and Anthony Russo of Avengers: Infinity War fame, he was involved in hiring top-level creative personnel behind the scenes and stars like Benjamin Wadsworth, Lana Condor, and Benedict Wong. A process Remender admitted was “surreal.”

“During the pilot, I had moments of the surreal [as well],” he added. “Sitting there and seeing hundreds of extras walking around Kings Dominion and a crew working so hard to bring to life flights of fancy [Wes and I created.]”

Craig, whose visual sensibility is honored in the portion of the pilot shown at Comic-Con, described walking onto set and seeing the Kings Dominion crest rendered in on the set within a real metal door: “That is the craziest thing, seeing the army to create this little comic into a real thing.” 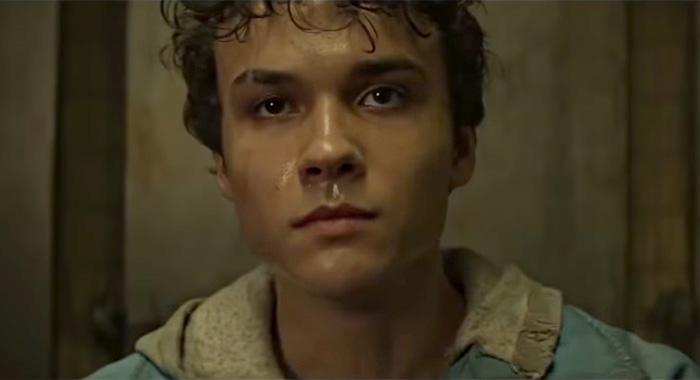 Set in the 1980s, the early issues of the comic book series sees Marcus (played by Wadsworth on the series), the son of political dissidents who fled to the U.S., adjusting to life at Kings Dominion while hoping its unusual curriculum will get him closer to his goal: revenge on then-president Ronald Reagan. He also gets to know a handful of the students including the sword-wielding Saya (Condor), young Cartel assassin Maria (Maria Gabriela de Faria), and Willie Lewis, a character actor Luke Tennie said, “makes it known he’s not the one to mess with.” In that initial story, the group flees Kings Dominion for a wild weekend of drug abuse and assassinations.

In an afterword to the first collected edition of Deadly Class, Remender wrote he was inspired by memories of his tendency to be the new kid at school as his family moved around a lot in the 1980s and the days he spent growing up in and near Phoenix, Arizona during a particularly violent part of its history. Recalling friends who died of gunshots and overdoses, he declared, “I wanted to explore that time in my life and the impressions high school, coupled with that violence, left on me.” While both the comic book and television series contain stylized action, the personal connection for Remender was very real when we spoke with him.

“As someone who saw friends shot and was nearly beaten to death twice, the effects the violence had on me and how I proceed in life [are still there]. If I walk into a crowded place, I’m still checking my periphery and I’m still nervous about my surroundings,” he explained. “I don’t know if that will ever go away.” 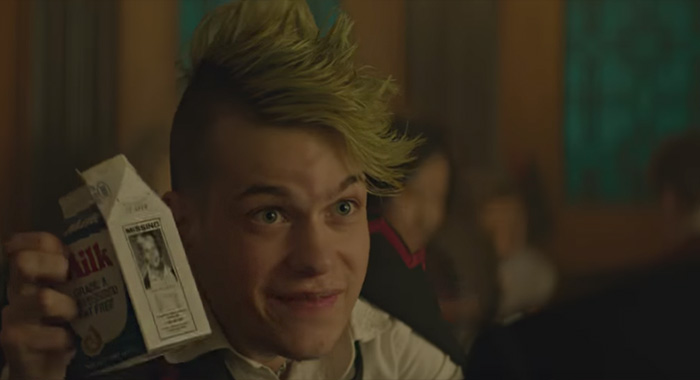 And though the television series will contain plenty of action, he said, “it’s more about the effects of the violence and the aftermath and what it does to young people more than the violence itself.” Equating Deadly Class to “what if Richard Linklater had done Kill Bill,” he added his interest is in getting to “the true heart of the characters and [their] humanity.” The tone also allows the series to indulge in “heightened reality ninja backflip stuff.” But Remender also stressed he feels a responsibility to explore the aftermath of the violence “rather that just bathing in it.” It is definitely a recurring theme in the early issues of the comic book, which serve as the “spine” for the first season of the television show.

Nevertheless, events from the early story line will be remixed for television – the opening 10 minutes shown at Comic-Con resemble the first issue with notable changes of San Francisco landmarks in a few key moments and a few tweaks to Marcus’s initial situation – but Remender said he wanted to retain “this Generation X snapshot I remembered growing up.” With that in mind, he wanted it to remain set in the 1980s with as much of the period music Syfy could afford.

“There’s been all these people involved [in developing the show], and they didn’t want to change the voice,” he later said during the sneak preview of the show for fans. Maintaining that voice was important as Remender felt Generation X has been marginalized in popular culture over the last decade or so.

“These scenes are gone,” he added. “Media needs to see what we were snorting back then.”

Prior to the presentation, Craig keyed in on why he and Remender felt it was important for both the comic book and the show to reflect their experiences in the 1980s: “What happen to you in [in high school] really shapes who you are, whether you want that to be the truth or not. You think about it with heightened emotions.”

“Because that was the first time we’re doing so many things,” added Remender. “That’s the part I really love, when they experience things similar to what we experienced.” 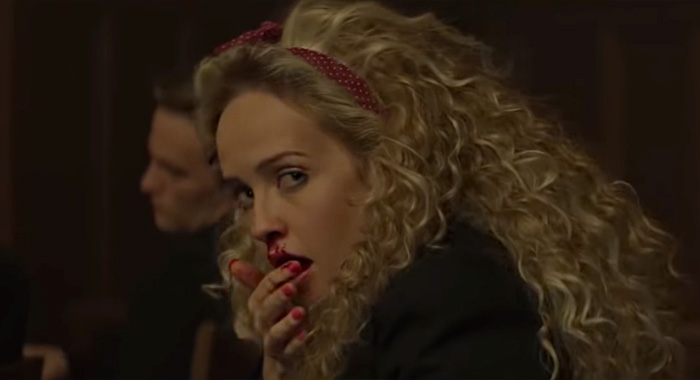 The characters of Deadly Class experience traditional rites of adolescence like break-ups, unrequited affection, and trying to satisfy hard-to-please parents while also attending classes about historic assassins, destabilizing governments, and making poisons. A class Remender joked he actually took — “It went terribly,” he quipped. But the wild course work continues to reflect the overall theme of the series.

“The idea is that the mundane is what we all experienced in high school,” said Remender. “But the tumultuous experiences are then magnified into the metaphor.”

“We’re not playing super powered people; we’re playing real people, so the threats are real,” added Tennie. “Some people might have abilities that might skew the stakes, but we’re flesh-and-bone people.”

Tennie also said he cannot wait to explore those flesh-and-blood people when production on the series resumes.

Though the most of the cast only has the pilot to go on, they anticipate receiving the scripts for the next four episodes soon. But Wadsworth admitted reading further ahead in the comic book to get a better handle on Marcus: “He’s a rabid puppy. He might look cute, but he might bite you.”

Wadsworth believes Marcus has a sense of ethics to him despite being surrounded by unethical people and a rage that he said will be “exciting to show on film.”

For Remender, bringing the comic book to life is as much a humbling experience as it is fulfilling: “[Wes and I] work very hard and we put a lot of ourselves in the book. The amount of energy Wes puts into the pages is staggering. We love it and to see other people love it and get involved in helping to make it is hugely gratifying.”