John M. Chu gets Wicked, Michelle Williams lands Fever, Will Smith is Fast & Loose, and everyone wants to make a movie about GameStop.

This week’s Ketchup brings you more headlines from the world of film development news, covering such titles as Dracula, Freedom Ride, UNO, and Wicked. 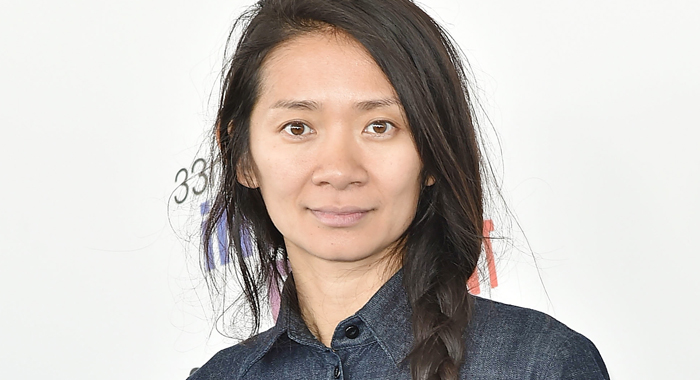 The Frances McDormand drama Nomadland (Certified Fresh at 95%) has otherwise been a leading contender for possible Academy Awards nominations. Director Chloé Zhao’s next film will be Marvel Studios’ Eternals, which has been delayed a year by COVID-19 from November, 2020 to November 5, 2021, despite actually being filmed by Zhao concurrently with Nomadland in late 2018 and early 2019. Marvel has yet to release even a single still from Eternals, so we still don’t know what that MCU movie might look like (other than that Kumail Nanjiani is ripped), but this week’s news suggests that Universal Pictures has their sights on her. Chloé Zhao is attached to write, direct, and produce Universal Pictures’ latest reboot of their classic vampire franchise Dracula, which will reportedly be adapted as a futuristic, science fiction Western (we hope Zhao remembers to include vampires). In an interesting twist, Universal Pictures is also continuing to work with Blumhouse and director Karyn Kusama on another Dracula project (in which Sebastian Stan has expressed interest in starring), so that Universal now has two separate Dracula reboots in development at the same time.

A recurring theme in The Weekly Ketchup involves reminders of exactly how long it takes some movies to finally get produced. The Wicked movie definitely falls into that territory, as Univeral Pictures has been developing an adaptation of the revisionist Wizard of Oz Broadway musical since 2009 (predating the similarly themed Oz: The Great and Powerful by four years). Repeatedly over the past decade, Universal Pictures has put Wicked on their release schedule, including most recently on December 20, 2019, which obviously didn’t happen — that specific slot went to another Broadway musical adaptation, Cats, instead. The Wicked movie seemed to hit a roadbump in October when Stephen Daldry (Billy Elliot, The Hours) dropped out as director, but the project is back up and active, with director Jon M. Chu (Crazy Rich Asians, Certified Fresh at 91%) now attached. Chu also has the Lin-Manuel Miranda musical In the Heights still awaiting release on June 18, 2021 after being pushed back from its original summer, 2020 release by the COVID-19 pandemic. He had recently become available after dropping out of directing the Willow sequel series — which also got back into development with a new director — for Disney+.  There is no current release date for Wicked, but it is likely to be December of either 2022 or 2023, since that’s the month Universal has previously slated Wicked for release.

2. MICHELLE WILLIAMS TO CROON AS PEGGY LEE IN FEVER

The impact of the popularity of rock and roll in the 1950s and 1960s, from Elvis Presley to the Beatles, was so strong that it’s perhaps difficult for later generations to fully register that right before that all went down, it was still jazz, big bands, and the “Rat Pack” that dominated pop music. One such hit record from that period is jazz singer Peggy Lee’s sultry cover of “Fever” in 1958. There has been talk about a Peggy Lee biopic for a while now (including from Billie Eilish, who might executive produce with her mother), and as it turns out, the star of Fever is going to be someone who also played 1950s sex idol Marilyn Monroe in My Week with Marilyn (Certified Fresh at 83%). Michelle Williams is now attached to reunite with director Todd Haynes (for whom she starred in both I’m Not Here and Wonderstruck) as Peggy Lee in the biopic Fever, which MGM is now negotiating to distribute. Coincidentally, this news came just a week after Williams also signed to reunite with director Kelly Reichardt for a fourth film together, so this has been a busy fortnite for the Oscar-nominated actress. Fever is another movie that’s been in development for some time, dating back at least to the early 2010s when Reese Witherspoon almost starred, until the death in 2012 of director Nora Ephron.

3. WILL SMITH TO PLAY IT FAST & LOOSE FOR DAVID LEITCH

Stunt coordinator-turned-action-director David Leitch (Deadpool 2, Atomic Blonde, Fast & Furious Presents: Hobbs & Shaw) is currently busy at work with Brad Pitt on his latest film, Bullet Train, but this week, Leitch and his representation already began studio negotiations for a project with another big movie star, Will Smith. That movie is a drama called Fast & Loose, and it is now the subject of a heated bidding war between several studios, including MGM, Paramount, Sony, Warner Bros., and unspecified streamers (probably flicks on the ‘Net). You can read a more detailed premise here, but the gist is that Will Smith would play a crime lord who wakes up in Mexico with amnesia and discovers as he puts his memories back together that he had two lives — one as a powerful crime kingpin, and another as an underccover CIA agent, but without confirmation of which of those is his true identity.

In a sad coincidence, civil rights leader and U.S. Representative John Lewis died on July 17, 2020, just two weeks after the day-and-date debut of the documentary John Lewis: Good Trouble (Certified Fresh at 96%). The true story of the Freedom Riders, of whom John Lewis was one, is now going to be adapted as the drama Freedom Ride to be directed by Deon Taylor (Black and Blue, Meet the Blacks). Freedom Ride is set to be produced by several collaborators who are now seeking a distributor with hopes for filming to start sometime this summer on location in Atlanta, GA and Birmingham, AL. No announcements have been made yet about whom might be cast as Lewis or any of the leaders of the Freedom Riders movement.

The Cloverfield franchise, which currently consists of three films (Cloverfield, 10 Cloverfield Lane, and The Cloverfield Paradox), is somewhat unique in that each film has been produced in relative secrecy, to the point where it was unclear they were even part of a single franchise until very late in their post-production. Specifically, both 10 Cloverfield Lane and The Cloverfield Paradox began their developments as standalone science fiction movies (titled The Cellar and God Particle, respectively), which were then later retooled to become part of the larger, looser Cloverfield narrative. That’s an important distinction to note, because this week’s news is actually about a new Cloverfield project being produced by J.J. Abrams that is being built from the ground up specifically as a Cloverfield movie (and not as something else being retrofitted to fit the franchise). Having said that, as with its predecessors, we don’t actually know anything else about this project, except that it will not be a found-footage movie (like the original Cloverfield).

6. SHAZAM! STAR ZACHARY LEVI TO STAR IN HAROLD AND THE PURPLE CRAYON

Prior to 2019, Zachary Levi was probably best known for starring in the NBC spy drama Chuck, but that was before he starred in the DC Comics superhero movie Shazam! (Certified Fresh at 90%). Warner Bros. is committed to producing the sequel Shazam! Fury of the Gods for release on June 2, 2023, but that isn’t expected to start filming until late 2021 at the earliest. In the meantime, Levi has signed with Sony Pictures to star in a new project that is a live action adaptation of the classic children’s book Harold and the Purple Crayon. The screenplay is currently being adapted by the writing team of David Guion and Michael Handelman, whose previous credits include Dinner for Schmucks (Rotten at 42%) and Night at the Museum: Secret of the Tomb (Rotten at 47%). There have reportedly been several attempts in the past to adapt Harold and the Purple Crayon as a movie, including a Sony Pictures animated film and a live-action version that would’ve been directed by Spike Jonze (Her, Where the Wild Things Are).

For context, it’s important to note right at the beginning of this story that the GameStop “short squeeze” happened just last week, and it was only on January 28th that Robinhood and other brokerages halted trading of GameStop stock. Since then, however, there are now at least five different feature film projects in development based on the event (three narrative, two documentaries). One of those projects is called The Antisocial Network, and MGM has already acquired the film rights to the book proposal of the same title by writer Ben Mezrich, whose book Bringing Down the House was the inspiration for the Kevin Spacey gambling movie 21 (Rotten at 36%). The second narrative project is an untitled movie being developed by Netflix, with Noah Centineo attached to star. The third narrative project comes from r/wallstreetbets founder Jaime Rogozinski, who has sold his life rights to Brett Ratner’s RatPac Entertainment. Finally, there are the two documentary projects (that we know about), one of which is being funded by a Kickstarter campaign, and the other of which is being produced by director Jonah Tulis of the recent video game documentary Console Wars (Fresh at 83%).

8. THIS WEEK IN REMAKES: BREAKFAST AT TIFFANY’S, BUCK ROGERS, FATHER OF THE BRIDE

After a couple of slow news weeks to kick off 2021, Hollywood seems like it’s back to business as usual, but since we like to keep the Ketchup to an even 10 stories, here’s a three-in-one about a handful of remakes. First off (and this one may be much bigger news as it progresses), Paramount Pictures is now in the midst of a legal battle with the estate of late writer Truman Capote over the studio’s rights to remake the classic Audrey Hepburn film, Breakfast at Tiffany’s (Certified Fresh at 89%). The original 1961 film hasn’t aged well in at least one respect, while at the same time, it also soft-pedals Holly Golightly’s profession in the novella upon which the film is based, both of which might be good reasons for a remake. Speaking of estates and legal issues, we now apparently have two competing Buck Rogers adaptations, one of which will be a George Clooney TV series while the other is a feature film being produced by Skydance Media in collaboration with the estate of Buck Rogers creator Philip Francis Nowlan. The last time Buck Rogers was on the big screen was all the way back in 1979, when Universal Pictures expanded the pilot episode of the Buck Rogers in the 25th Century TV series into a theatrically released motion picture. Finally, Warner Bros. has hired director Gaz Alazraki for their remake of Father of the Bride “with a Cuban American twist” following the previous versions starring both Spencer Tracy and Steve Martin.

9. LIL YACHTY WANTS TO MAKE A HEIST COMEDY BASED ON UNO (YES, THE CARD GAME)

There are certainly games and toys that could make for good source material for a movie, usually because there is a narrative quality to them. G.I. Joe and Transformers, for example, both came to movies after long runs as both animated TV shows and comic books. The card game UNO, though, not so much. Despite that, Mattel Films and rapper Lil Yachty are now collaborating on a movie adaptation indeed based on the UNO card game. The UNO movie will reportedly be a live-action heist comedy set within “the underground hip hop world of Atlanta,” with Lil Yachty expected to star. This might at least be good news for anyone who’s ever wanted to make movies based on Go Fish, Old Maid, or Crazy Eights.