Hurray for reunions: Jared Leto and Darren Aronofsky, Michelle Williams and Kelly Reichardt, Timothée Chalamet and Luca Guadagnino, Ethan Hawke and Scott Derrickson. Oh, and some other stuff too.

This week’s Ketchup brings you more headlines from the world of film development news, covering such titles as Borderlands and Spy Kids, as well as a few reunion projects. 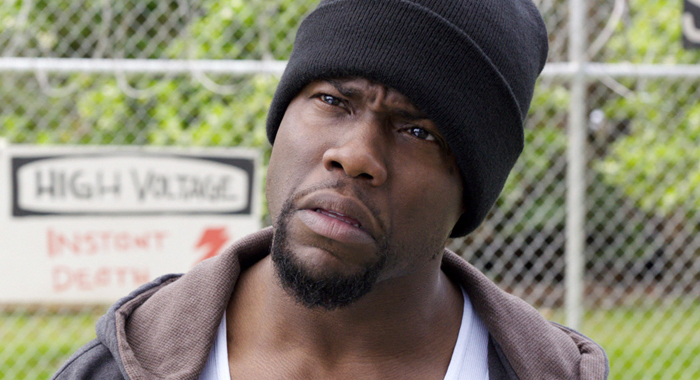 If one wanted to find a common theme for Kevin Hart’s movie career, he has twice now proven himself adept at finding a straight man to be his big screen partner, first with Ice Cube (Ride Along, Ride Along 2) and then Dwayne Johnson in the recent Jumanji movies. In a move that pretty much no one saw coming, it now looks like Kevin Hart’s next movie partner might be… Cate Blanchett. Inasmuch as that pairing might be “against type,” the whole movie might be playing into that theme, because what we’re talking about is the video game adaptation Borderlands. Blanchett is attached to star as Lilith, “The Siren,” and Kevin Hart’s character will be Roland, “The Soldier.” Roland and Lilith frequently partner together in the various Borderlands narratives, but they also have a few other crew members yet to be cast. Borderlands will be directed by Eli Roth, who is best known for his work in horror like Cabin Fever and Hostel, but he’s also branched into other genres like he did with the kids movie The House with a Clock in its Walls (also starring Blanchett). Borderlands, its prequel, and sequels have earned over $1 billion in game sales.

It doesn’t happen that often, but every once in a while, we will hear about a new movie project with a certain title even though there was just another movie with the exact same title not that long ago. Shailene Woodley’s survival drama Adrift (Fresh at 69%) just came out three years ago, but yes, we’re already getting another Adrift. Jared Leto is now attached to star in a thriller called Adrift which will reunite him with Darren Aronofsky, his director on the addiction thriller Requiem for a Dream ( Certified Fresh at 79%). Adrift is described as being a thriller about a “ghost ship” based on a short story by Koji Suzuki, who also wrote the inspiration for Ringu (The Ring) (Fresh at 97%). It’s important to note, however, that this will not be Aronofsky’s next film, as that’s already confirmed to be the recently announced overeating drama The Whale, starring Brendan Fraser.

2. MICHELLE WILLIAMS TO REUNITE WITH KELLY REICHARDT FOR FOURTH FILM TOGETHER

If there is just one director that is most closely connected to the film career of actress Michelle Williams, it’s probably Kelly Reichardt, who has previously cast Williams in Wendy & Lucy (Certified Fresh at 85%), Meek’s Cutoff (Certified Fresh at 86%), and Certain Women (Certified Fresh at 92%). Williams and Reichardt are now reuniting for an A24 movie called Showing Up, which is a bit of a departure for Reichardt, as it’s described as a “comedy” (Reichardt’s movies… not super funny.) Williams will reportedly star as an artist on the verge of a career-changing exhibition who has to navigate “friends, family and colleagues in the lead-up to her show.” Reichardt’s most recent film was last year’s First Cow (Certified Fresh at 96%), which was a festival darling and has earned a handful of honors so far this awards season.

We’ve known almost since Call Me By Your Name came out that director Luca Guadignino is developing a sequel, but recent news concerning Armie Hammer suggests why that movie might be put on hold for a bit. Instead, Guadagnino and his other Call Me By Your Name star, Timothée Chalamet, are now considering reuniting for a completely different movie project. Chalamet is now in talks to star in Guadagnino’s horror romance Bones & All, which has been speculated to involve cannibalism.

Although COVID-19 has obviously impacted this year’s awards season harshly, it is still technically happening, and one of the top contenders this year is the indie thriller Promising Young Woman (Certified Fresh at 91%), starring Carey Mulligan. While she waits to see how things pan out for her this season, Mulligan has signed to star in a project called Fingernails, which will be the English language debut of Greek filmmaker Christos Nikou (Apples). Another major actress involved with Fingernails is Cate Blanchett, who is serving as one of the film’s producers. Christos Nikou is reportedly still working on the Fingernails screenplay, which will reportedly be about a woman who starts to wonder if her relationship with her longtime partner is “real,” leading her to work “at a mysterious institute designed to incite and test the presence of romantic love in increasingly desperate couples.” That premise sounds a bit like The Lobster, which was also directed by a Greek filmmaker, Yorgos Lanthimos.

One of the odd quirks movie development is that some films take years and years to get produced, and along the way, some just never happen at all. One project that has taken its time is the horror film Last Voyage of the Demeter, which is based on one small part of Bram Stoker’s original vampire novel Dracula and which has been in development at least as far back as 2010. In Dracula, the “Demeter” was the Russian ship that actually transported Dracula and his coffin from Transylvania to England. Last Voyage of the Demeter looks like it’s finally happening, though, with Corey Hawkins now set to star for director Andre Øvredal (Trollhunter, The Autopsy of Jane Doe, Scary Stories to Tell in the Dark). Bram Stoker’s novel leaves the exact circumstances of what happened on the Demeter a mystery, except that when the boat finally landed in England, it was empty. Last Voyage of the Demeter is being produced by Steven Spielberg’s Amblin Partners, but Spielberg himself is not credited as one of its producers.

6. THE CROWN STAR CLAIRE FOY GOES FISHING FOR LOVE IN THE PISCES

“Surprise wins” have become a common theme at recent Academy Awards ceremonies (we’re thinking here of Spotlight, Moonlight, and Parasite), but there is an argument to be made that no recent Best Picture winner was quite as unexpected as Guillermo del Toro’s merman romance The Shape of Water, especially given its monster movie character design and roots in GDT’s love for Creature from the Black Lagoon. Mermaids have a long history of appearing in movies, and Disney itself is currently producing their own live-action remake of The Little Mermaid, but this week, we also learned of a movie that seems more inspired by The Shape of Water. Claire Foy, who may be best known as the first actress to star as Queen Elizabeth II on hit Netflix series The Crown, is now set to star in The Pisces, an adaptation of the Melissa Broder novel about a PhD student who falls in love with a merman. The Pisces will be directed by Gillian Robespierre, who is currently best known for her acclaimed collaborations with Jenny Slate (Obvious Child, Landline), which may offer some insight into the tone of the film.

Movie stars reuniting with directors was clearly a theme this week. Adding to the list is Ethan Hawke, who has joined the cast of a film called The Black Phone, starring Jeremy Davies (TV’s LOST and Justified) and directed by Scott Derrickson (Marvel’s Doctor Strange), the latter of whom previously worked with Hawke on his directorial debut, the 2012 horror film Sinister. The Black Phone will also be Hawke’s ninth project with producer Jason Blum (of Blumhouse), following movies like The Purge (and, briefly, its TV spinoff) and the upcoming Showtime series The Good Lord Bird. Ethan Hawke will also soon be seen in the Vikings drama The Northman and the Disney+ series Moon Knight, starring Oscar Isaac.

One of the all-time greats in the realm of “Hollywood what-ifs” involves Stanley Kubrick’s attempts to direct a biopic of French conqueror Napoleon Bonaparte, with Jack Nicholson long attached to star. We’re talking here about what would have been a major 1970s epic, which means that was over 40 years ago, and yet here we are, and Hollywood has yet to return to the famous historical figure. Instead, we’re it looks like we’re going to get a biopic about a completely different Bonaparte. Liz will be an indie drama about American socialite Elizabeth Patterson Bonaparte, A.K.A. Napoleon Bonaparte’s sister-in-law by way of his younger brother Jerome. Samara Weaving, who is probably best known for her role in the 2019 horror comedy Ready or Not (Certified Fresh at 88%), is now attached to star as the titular character in Liz, which will be directed by Adam Leon, whose previous credits include the indie films Tramps and Gimme the Loot.

Director Robert Rodriguez recently returned to the world of his 2005 movie The Adventures of Sharkboy and Lavagirl (Rotten at 19%) for the Netflix sequel We Can Be Heroes (Fresh at 73%). Now that he’s done with that particular revisit, he’s planning something similar for the Spy Kids franchise, as he has optioned the rights to reimagine Spy Kids, which he will both write and direct. The new Spy Kids project is also a collaboration between Spyglass Media Group (which owns the franchise rights) and Skydance Media, a company that has co-produced recent Tom Cruise movies like Jack Reacher: Never Go Back (Rotten at 37%), Mission: Impossible – Fallout (Certified Fresh at 97%), and this year’s Top Gun: Maverick. Since it’s being called a re-imagining, it sounds like we probably shouldn’t expect this Spy Kids to feature any of the previous stars, like Antonio Banderas, Alexa Vega, or Daryl Sabara.