Today’s Ketchup brings you another ten headlines from the world of film development, including news about such titles as Bumblebee, Deadpool 2, the Han Solo prequel, and the Hellboy reboot.

CHIWETEL EJIOFOR TO VOICE SCAR IN LIVE-ACTION THE LION KING 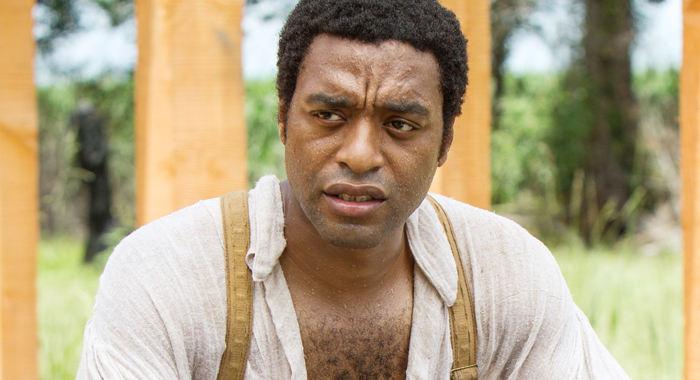 Soon after Walt Disney Pictures announced their live-action remake of The Lion King (7/19/19), the studio also revealed that the title characters Simba and Mufasa would be voiced by Donald Glover (the new Lando Calrissian) and James Earl Jones (reprising the role). Since then, we’ve also learned that Billy Eichner and Seth Rogen are voicing Timon and Pumbaa, and John Oliver is voicing Zazu the bird, but the villain Scar remained a mystery. We can now report that Chiwetel Ejiofor is in talks with Disney to voice Scar (originally voiced by Jeremy Irons). With that said, we’re still missing a few major characters yet to be cast, like Nala, Rafiki, and the three hyenas.

1. FIRST IMAGES OF ZAZIE BEETZ AS DOMINO IN DEADPOOL 2 RELEASED

For superhero movies, what the characters look like is almost as important as who will star in them. This was true, for example, when Zazie Beetz (TV’s Atlanta) was cast as fan favorite Domino, one of Deadpool‘s X-Force teammates. With filming of Deadpool 2 (6/1/18) now underway in Vancouver, Ryan Reynolds teased our first look at Beetz in character, using Deadpool’s costume as a “red carpet” in an homage to this early promo image for the first Deadpool film. That was followed by this closeup that better shows off Domino’s trademark eye effects. We should get our first glimpse of Josh Brolin as time traveler Cable soon.

2. GET READY, GET SET, LEGO WITH THE FIFTH MOVIE, THE BILLION BRICK RACE

After the surprise box office success of 2014’s The LEGO Movie, Warner Animation Group has been busy getting as many LEGO movies made as possible, and as quickly as possible. This year alone, Warner Bros. released The LEGO Batman Movie and will release The LEGO Ninjago Movie on September 22, 2017. Jorge Gutierrez (The Book of Life) is now taking over development of the LEGO racing movie called The Billion Brick Race, which was first announced back in 2015 with different writers and producers. The Billion Brick Race will be the fifth LEGO movie after The LEGO Movie 2 (2/8/19).

Just one week ago, director Ron Howard cast Warwick Davis, who played Wicket in Return of the Jedi and had supporting roles in a few other Star Wars films, in next year’s Han Solo prequel (5/25/18). This week, Howard teased that he has also cast his brother Clint Howard in the prequel, saying, “You won’t be disappointed.” Jurassic World director Colin Trevorrow also hired screenwriter Jack Thorne (Wonder) to work on Star Wars Episode IX this week. And, looping back to Ron Howard again, his daughter Bryce Dallas Howard is also now working on her own feature film directorial debut.

Online streaming is increasingly becoming an avenue for projects that may have previously been theatrical. (See the Dark Tower news down below for another example ( TODAY’S WEEKLY KETCHUP URL / #R1 ). ) One recent example is The Karate Kid franchise, which started with a 1984 film starring Ralph Macchio, and was essentially rebooted in 2010 (though it was more like The Kung Fu Kid). Talk of a Jaden Smith/Jackie Chan sequel never really went anywhere, and now the series is going back to its roots. YouTube Red has won the rights to a 10-episode sequel series called Cobra Kai, which in 2018 will follow the further adventures of Ralph Macchio and his former nemesis played by William Zabka.

While the world still awaits HBO’s Deadwood movie, Ian McShane has been keeping busy with roles in such genre favorites as Game of Thrones, American Gods, John Wick, and John Wick: Chapter Two. And movies don’t get much more “genre favorite” than those adapted from Mike Mignola’s Dark Horse series Hellboy. Following Guillermo Del Toro and Ron Perlman’s departures, the franchise is now being rebooted as Hellboy: The Rise of the Blood Queen, with David Harbour (Stranger Things) now starring. Ian McShane has signed on to co-star as Professor Bruttenholm (Hellboy’s adopted father), taking over for the late John Hurt.

4. THE DEATH WISH REBOOT TRAILER REVEALS A MOVIE CUSTOM MADE FOR 2017 AMERICA

Although they’re not always successful, every once in a while, the world gets the politically-tinged action movie it deserves or wants (like V for Vendetta or The Purge: Election Year). Although pundits probably should’ve been able to predict it, the new trailer for the Death Wish remake starring Bruce Willis seems like it’s attempting to tap into the zeitgeist in a similar way. The new Death Wish was directed by Eli Roth (Hostel, Cabin Fever), who needs a critical hit after a series of Rotten Tomatometer scores.

We’ve known for about two months now that Hailee Steinfeld (True Grit, The Edge of Seventeen) was going to be the lead in the 1980s-set Transformers prequel Bumblebee. Of course, the Transformers movies always seem to want some level of “beefcake”, whether it be in the form of Josh Duhamel, Tyrese Gibson, or lately, Mark Wahlberg. Enter: WWE wrestler-turned-actor John Cena (Trainwreck) who will co-star in Bumblebee in an unknown role. Can Bumblebee break the Transformers franchise’s Rotten record when it opens against Aquaman on December 21, 2018?

2. SPACE JAM (AND LEBRON JAMES) FANS WILL PROBABLY HAVE TO WAIT A FEW YEARS

Because Michael Jordan eventually returned to basketball (twice!), it might be easy to forget that he was actually retired when he filmed 1996’s Space Jam. In doing so, he may have set a precedent for current NBA superstar Lebron James, who is set to star in the eventual Space Jam 2. Talking about the sequel this week, producer Justin Lin seemed to suggest that Space Jam 2 might just have to wait for James to retire, too, saying, “When the first one happened, it was during a strike and Michael Jordan was retired. From what I’ve learned in film, you have to be passionate and when you’re ready, you’ll make it happen.”

We have yet to see what the final box office receipts will be like this weekend, but on the Tomatometer, The Dark Tower is a certified stinker, with a Rotten score of just 17%. Even so, the long-in-development plans for a Dark Tower TV series to be spun off of film are continuing. The news broke the day before the movie’s release that Glen Mazzara (showrunner of TV’s The Walking Dead) is now developing The Dark Tower as a series for Sony Pictures Television. Idris Elba, Dennis Haysbert, and Tom Taylor are all expected to reprise their roles on the 10-episode series, which is expected to debut on either cable or a streaming outlet.