A chat with the helmer of the controversial war film.

Brian De Palma fans beware: his most recent film will make you think that the veteran director has — to borrow a line from Full Metal Jacket — been “born again hard.” Redacted is a war drama centered on the rape and murder of a fifteen-year-old Iraqi girl at the hands of American soldiers. Based on true events and told in documentary fashion, the movie uses a collage of digital media to portray the heinous crime up-close and personal, giving audience members every reason to look away but also, by doing so, asking us why it’s taken so long to cringe.

De Palma’s film presents the conflict through every facet available to us, the civilian viewers. His patchwork story expertly addresses the Iraq conflict on its own terms, using the war’s own visual language: a soldier’s video diary is interwoven with a French documentary about military check points, which gets mixed in with Arab TV broadcasts, security camera footage from the army base, internet blogs by wives of the enlisted, webcam chats, recordings of judicial inquisitions, clips posted online by terrorists, YouTube rants, and a slew of still images (which ultimately give real-life footnotes to the fictionalized events). The complex style of Redacted feels like a Google search for “Iraq, war crimes.” This hyper-abundance of accessible media shows that the horrifying war is not just taking place on the ground in Iraq, but also, literally, in the terrain of cyberspace; a place where everyone with a homepage is a resident, and where the rules of engagement are still being written.

Yet despite this daring strategy, the response to Redacted has been ambivalent. Critics, who currently give the film a 57 percent Tomatometer rating, point to flaws in the dramatic logic and a few misjudged performances. But similar problems plague most movies, and these mistakes do not detract from the emotional impact of Redacted or tarnish the film’s craftsmanship in any way. When was the last time you saw a movie with a fifteen-minute shot, handheld, at night, that exposes the true nature of every main character? To disparage Redacted for technical reasons is to miss — or, perhaps, to willfully avoid — its rich, textured, and honest depiction of how the Iraq war is being waged for an audience.

In short, De Palma has made a movie that could only exist in the 21st century, about a war that could only be waged in the 21st century. Whatever missteps in direction he has taken do not indicate a flagging talent but instead reveal that, in this warp speed wireless world, the direction has yet to be defined. If we don’t fully understand Redacted — in other words, if it’s a difficult film for us to read — then that’s because the narrative language remains incomplete. But by risking a new filmmaking vocabulary, De Palma has begun to create the cinetax.

Rotten Tomatoes recently spoke with Brian De Palma about modern warfare, surfing the web, and how video games might just be the vanguard of storytelling.

People who attend Redacted expecting to see a “Brian De Palma film” are going to be surprised by how different it is from your previous work — I certainly was. What about this subject matter made you alter your style so significantly?

Brian De Palma: I discovered the form while I was researching the material. I was approached by HDNet to make one of their 5 million dollar movies, on anything I wanted. The only requirement was that it be shot in high definition, and I thought that was great, if I could figure out something that would work best in that medium. When I read about this incident that was so similar to the events in Casualties of War (1989) I did some research on the internet and I came up with all these unique forms where people were expressing themselves in relationship to this incident, and the war in general. That became the shape of the movie. It was a unique way of presenting the material in a format that was interesting to me because it’s a whole new way of creating a storyline in this kind of fragmented mock-documentary. My initial idea was to use as much real material as possible, but of course the lawyers told me I couldn’t use it because it was too close to the real case, so I was forced to fictionalize everything. I relied very much on the characters in Casualties of War, not knowing much about the actual soldiers except for the prime instigator. There wasn’t much information about them. They were all being prosecuted while I was making this movie.

Redacted rings very strongly of truth, so even if you had to change the facts, it’s one of those stories that’s very familiar to people who get up every morning and read the headlines. But it goes much further than that, with all the different points of view that you include, each with its own voice. How did you develop this tapestry?

De Palma: It all emerged from my research. My first task was to get the news stories about the actual case, but since I couldn’t use the real news stories I had to fabricate ones using international correspondents who were in Amman, where we shot. So I basically duplicated the original news stories. That was the beginning. Then I read somewhere about this Los Angeles-based Spanish-American filmmaker making a movie from his war diaries to get into NYU Film School — that was based on something I stumbled upon on the web. I realized that this could provide my principle narrative. And, of course, that idea also comes out of the documentaries I looked at where there were soldiers with cameras recording what’s going on, because everyone has a camera over there. I saw all that in the documentaries. Then the attitudes, and the feelings, and frustrations, and the passion about the war, all those were expressed in the soldiers’ blogs, and in many independent documentaries that I looked at. So the principal narrative form came from Salazar’s personal diary.

Then I had all this information I had to convey about what happens at check points, because this particular unit was on a checkpoint and that’s where they saw the girl going in and out every day. There were many, many news stories about accidents at check points and how many people were killed all the time. So I had to present all that information, and I also wanted to slow the movie down. Being deployed in Iraq is incredibly boring most of the time, but then it’s punctuated by incredible, crazy violence from out of nowhere. I had to slow the movie down. That’s why I created the mock French documentary — very elegant, Handel music playing from Barry Lyndon — it slows everything down, and it gets all the statistics across about what happens when people go in and out of check points.

The pacing of the movie was extremely effective, with how you gradually build tension for the frantic violence that happens later on. It sounds like your research process was a micro version of what historians will have to do when they look back on this conflict years from now, in terms of synthesizing a gigantic amount of very specific information.

De Palma: That’s what surprises me about the people who are shocked by Redacted, or the portrayal of the soldiers, or the pictures at the end of the film — all this material is out there! It’s like they assume I dreamt this up. It’s all there. The problem is, it’s not in your mainstream media, so nobody knows about it. But if you get on your Google search engine and put any of these things in, you’ll come up with all the same devices that I used, including something like the rant of the protestor. That’s one of the few things we were able to buy, actually. That was somebody’s rant. We actually bought the rights to that, and I just rewrote it to be played, and the best person to do it was Abigail Savage. But that’s an actual rant.

It’s shocking because it’s so familiar, but it’s the stuff that you subconsciously try to forget about, you don’t want to pay attention to it.

De Palma: I think not many people are doing the kind of research that I was doing. They’re watching, you know, what happens to Britney when she takes her daughter to some play group. Those are the kind of things that dominate the web, and YouTube, and whatever. You have to dig a little deeper. But all of this stuff is out there.

There have been other films recently about the Iraq conflict, such as Jarhead and The Kingdom, but you’ve very intentionally and very effectively adopted a completely different perspective from those: the documentary perspective. Do you feel like a documentary style, for the nature of this war, is the best method for examining it?

De Palma: That’s something that I discovered. It’s not like I had a plan. In the process of researching I came up with all these unique ways of expression that are completely indigenous to the web. Nobody’s ever seen this onscreen before. I have another idea to put in this form, but things have changed in the last six months since I wrote it! There are even newer forms that people have not seen yet. There’s all of this new media going on. It’s very interesting to tell these types of contemporary stories in this form.

Straight-forward narrative filmmaking essentially would have been Casualties of War, but there’s no point in doing that again. I was quite happy with the different forms that I came up with when I researched the material. And who knows; this may be one experimental film that comes and goes, and we move on to whatever. But I feel that there’s something here, in Redacted, and I want to experiment with it more, because it’s the way that I’ve noticed my daughters take in information. They’re sixteen and eleven, and they sit on their beds with their computers on their stomachs and they browse from thing to thing to thing to thing to thing. They don’t go to the theatre and sit down and watch O’Neil for five hours. That’s not how they’re getting their stories told to them. So, I don’t know where it’s going, but it’s certainly changing. 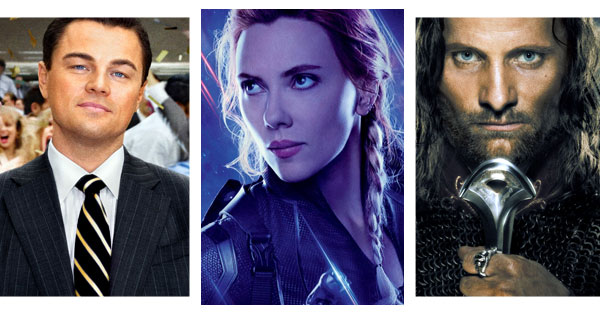 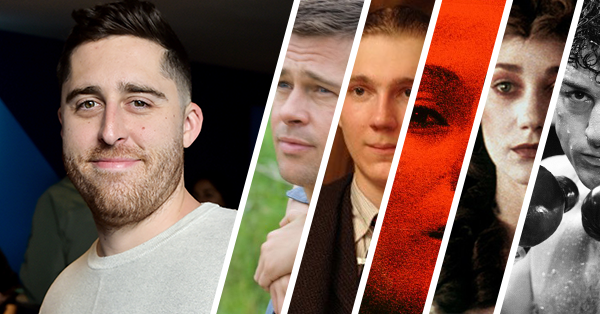 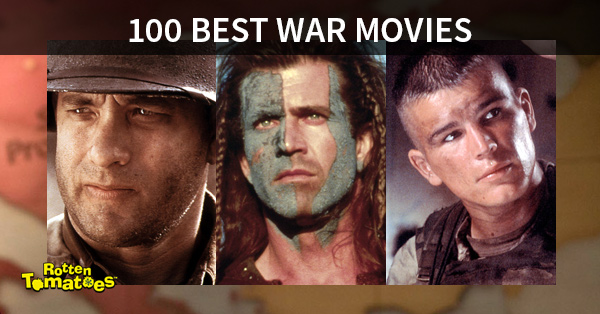