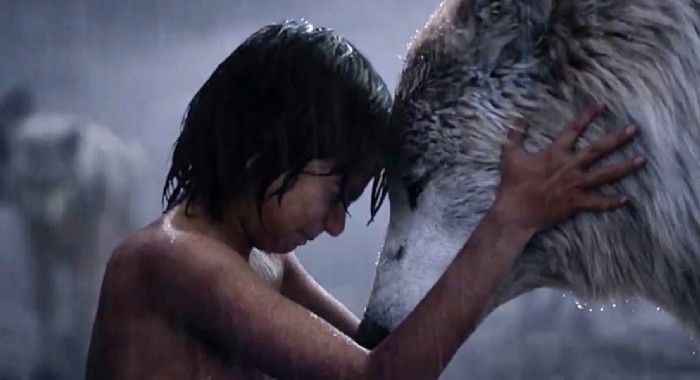 This weekend, for the third time, Disney’s The Jungle Book was easily the top choice of North American moviegoers. The VFX-heavy family adventure grossed an estimated $42.4M and slipped a mere 31% lifting its cume to a spectacular $252.1M. It became only the seventh film in box office history to break $40M on its third weekend. Still averaging more than $10,000 per theater in its third frame, Jungle Book is on course to reach the neighborhood of $350M which would put it into the all-time Top 40 among domestic blockbusters.

International markets continued to rock delivering $57.1M this weekend to boost the offshore sum to $432.7M and the global haul to an eye-popping $684.8M. China is still tops overseas with a stunning $129.8M tripling the next biggest market. Korea and Japan will open later this summer putting The Jungle Book into the exclusive billion dollar club – a rare feat for a non-sequel.

Disney remained number one in the world over the weekend, but not with Mowgli this time. Instead, its Marvel division kicked off the global launch for Captain America: Civil War with openings in 37 international markets which resulted in a mammoth $200.2M launch. That was just a hair below the $201.2M overseas debut from 44 territories of last year’s Avengers: Age of Ultron. Both premiered around the world a week before the U.S. release as is usually the case with Marvel’s summer kickoff films which are able to take advantage of holidays like May Day which is a non-factor in America.

Leading the way was Korea with a huge $28.9M followed by Mexico’s $20.6M and the U.K.’s $20.5M. Factoring in the same territories and changes in exchange rates from a year ago, Disney reports that the Civil War opening was only 5% below Ultron‘s. Civil War should play out less like a third Captain America film, and more like a third Avengers movie given the cast which includes most all of the assembly of super heroes minus Hulk and Thor, but with the addition of Spider-Man in a small part. All remaining markets open next weekend including the U.S., China, and Russia.

The North American opening weekend is expected to challenge the $191.3M of Ultron from this weekend last year. Currently, reviews and advance ticket sales are both higher than those of all past Marvel movies. Worldwide, Civil War has a shot at reaching the vicinity of Ultron‘s final tally of $1.4 billion. In fact by next Sunday, it may already be halfway there.

Universal’s epic fairy tale prequel The Huntsman: Winter’s War dropped a sharp 52% in its second weekend following a lackluster debut. The $100M+ budgeted picture collected an estimated $9.4M in the sophomore frame boosting the total to just $34M for the pricey pic featuring big stars and plenty of visual effects. International sales rose to $97M for a current global take of $131M which is disappointing. With Japan as the only significant market left, reaching a $200M worldwide final is not guaranteed.

The stars of Comedy Central’s hit sketch comedy show Key & Peele drew in modest results for their first major movie project Keanu which opened in third with an estimated $9.4M from 2,658 locations for a mild $3,518 average. The R-rated comedy won reviews that were generally positive and the audience, not surprisingly, was more male. Audience data from Warner Bros. showed that the crowd was 53% male and 71% over 25.

Opening a notch below was a different kind of comedy – the female-skewing all-star vehicle Mother’s Day – which grossed an estimated $8.3M from 3,035 sites for a weak $2,735. The PG-13 film packed starpower from Jennifer Aniston, Julia Roberts, and Kate Hudson but was panned by film critics across the board which repelled audiences. Open Road witnessed an opening below the $13M of 2011’s New Year’s Eve and well below the $56.3M of 2010’s Valentine’s Day. All three were ensemble comedies directed by Garry Marshall.

Barbershop: The Next Cut dropped 42% to an estimated $6.1M giving Warner Bros. $44.7M to date. After two months in the top five the toon smash Zootopia fell to sixth place with an estimated $5M, off a slim 24% in its ninth round. Disney has amassed $323.5M domestically and a staggering $931.4M worldwide. The studio is going overboard this year with potential billion dollar blockbusters and its Pixar and Lucasfilm divisions still have films to supply later this year.

Rival animated offering Ratchet & Clank crashed and burned in its opening weekend bowing to an estimated $4.8M from 2,891 locations for a dismal $1,668 average. The PG-rated pic had too much competition from Disney to deal with and will find its audience on home entertainment platforms.

Melissa McCarthy’s The Boss dropped 32% to an estimated $4.3M for Universal upping the sum to $56.1M. This will end up as her lowest gross ever in a lead role. Off only 31%, Batman v Superman followed with an estimated $3.8M putting Warner Bros. at $325.1M to date. Overseas grosses are slowing and the new cume of $537.8M gives the superhero smackdown a global tally of $863M. Rounding out the top ten was Criminal with an estimated $1.3M, down 58%, for a cume of only $13.5M for Lionsgate.

The top ten films grossed an estimated $94.8M which was down 58% from last year when Avengers: Age of Ultron opened at number one with $191.3M; and down 33% from 2014 when The Amazing Spider-Man 2 debuted in the top spot with $91M. The summer kickoff weekend falls one week later on the calendar this year.

Compared to projections, Keanu opened a bit below my $11M forecast while Mother’s Day was on target with my $9M prediction. Ratchet & Clank debuted with half of my $9M projection.

Get earlier box office updates and analysis by following BoxOfficeGuru.com on twitter.