Also: Burn After Reading, The Women, The Family That Preys do battle this weekend.

Screen legends Robert De Niro and Al Pacino reunite almost 13 years after Heat and share significant screen time together this time around in Righteous Kill which leads a pack of four new releases on Friday that hope to revive a box office currently on life support. The Overture Films release is using those two iconic names as the center of its marketing plan which makes sense since plenty of movie buffs will want to see how the two Oscar winners will fare playing partners in the NYPD. John Leguizamo, Donnie Wahlberg, Brian Dennehy, and Curtis ’50 Cent’ Jackson co-star in the R-rated cop drama about a serial killer taking out one criminal after another. Kill is a more enjoyable thriller than one would think given the early September dumping ground release date. Reviews won’t be stellar, but they should be good enough to not repel audiences. Adult men will make up the primary crowd so the early weeks of the football season will provide some competition. But starpower will lead the way and curious action film fans will take a chance. 50 Cent has not been utilized as much as he could have in the marketing as the multi-platinum rapper can give the film a solid pull with younger adults. Shooting its way into 2,800 theaters, Righteous Kill might take in about $15M this weekend.

Tyler Perry‘s latest comedy-drama The Family That Preys also hits the multiplexes on Friday. The filmmaker’s third release in less than a year stars Alfre Woodard, Kathy Bates, and Sanaa Lathan in a tale of two families being torn apart by scandal. Perry once again will see the best business come from his core audience of African American adult women and there is little competition in the marketplace right now for this audience. Recent openings for the mogul have been $20.1M for March’s Meet the Browns and $21.4M for last October’s Why Did I Get Married? The PG-13 Family seems to have less buzz surrounding it so the debut figures may be more in line with the filmmaker’s Daddy’s Little Girls which launched with $11.2M over three days in February 2007. It bowed on a Wednesday ahead of the Presidents’ Day holiday frame. The Family That Preys will debut in 2,070 locations and could collect around $13M this weekend.

Kathy Bates and Alfre Woodard in The Family that Preys
Joel and Ethan Coen debut their latest film, the crime caper comedy Burn After Reading which packs plenty of starpower. The R-rated film reunites Ocean’s boys George Clooney and Brad Pitt and also stars John Malkovich, Tilda Swinton, and Frances McDormand. Burn‘s opening will be a true test of the coattails the directors got from winning big at the Oscars earlier this year with No Country For Old Men. Ten years ago, their Academy buzz from Fargo meant little to their followup The Big Lebowski which bowed to just $5.5M. But the brothers’ films are very review-driven and critics this time are supportive, but are not giving their usual heap of praise. Plus competition for adults over 30 will be stiff with Righteous Kill taking away men and The Women stealing away the ladies. Focus is betting that couples will only have Burn to agree on and will score its business that way. The Coens usually don’t get wide release treatment with their projects but their back-to-back star-driven pics Intolerable Cruelty and The Ladykillers bowed to $12.5M and $12.6M, respectively, in 2003 and 2004. Both faced less competition for mature adults though. Opening in about 2,650 locations, Burn After Reading could debut to around $11M this weekend.

Burn After Reading
Charging into theaters with the most celebrities, and the worst reviews, is The Women. Meg Ryan gets her first chance in years to headline a major wide release and is joined by Annette Bening, Eva Mendes, Debra Messing, Jada Pinkett Smith, Bette Midler, Candice Bergen and others. The PG-13 film about a jilted wife who bonds with society gals is targeting football widows and should play almost exclusively female. The Picturehouse release struggled to get made and then released, but in recent months a larger marketing and distribution investment was made in order to roll the dice and score the next big hit driven by women. Both Sex and the City and Mamma Mia! have grossed north of $400M worldwide this summer shattering expectations for what a film that repels men can earn. But those were both much stronger brands that were more relevant to today’s times. Plus with adults being the primary age group, the awful reviews will take a bite out of sales. George and Brad will take away some biz too. Still, the film is a very marketable choice to those looking to get away from Al and Bobby as well as the sports on television all weekend long. Landing in 2,962 theaters, The Women might gross about $11M this weekend.

The Women
The new crop of fall films should sweep aside the current batch of holdovers with none likely to top $5M this weekend. Last weekend’s default champ Tropic Thunder should also face competition for its adult audience so a 40% decline would put the Paramount war comedy at $4.5M boosting the cume to $103M.

The Dark Knight will be one of very few popular items not rated R this weekend so continued strength may be in order. A 35% drop would leave the smash hit with $3.5M over three days and a stellar $517M to date. The runaway superhero blockbuster has grossed over $950M worldwide and its studio Warner Bros. has now announced that it will be re-released in Imax theaters in January during Oscar season. The large-screen format already accounts for 11% of the towering domestic haul with a record $55M in sales.

LAST YEAR: Jodie Foster scored another number one opener with her vigilante thriller The Brave One which bowed on top with $13.5M. Warner Bros. would go on to reach $36.8M. The Lionsgate Western 3:10 to Yuma slipped to second with $8.9M in its second weekend. The Billy Bob Thornton comedy Mr. Woodcock debuted close behind in third with $8.8M on its way to $25.8M for New Line. Sony’s Superbad followed in fourth with $5.1M in its fifth lap. Rounding out the top five was the fantasy adventure Dragon Wars with a weak $5M before closing with a $11M final. 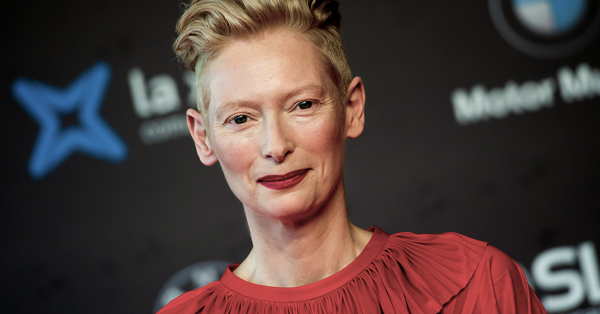