Some real American heroes look to storm the box office this weekend as Paramount unleashes its latest toy franchise film G.I. Joe: The Rise of Cobra. Sony counters with the culinary experience of Julie & Julia while Universal goes after some chills and thrills with A Perfect Getaway. The top 10 films should see a reasonable gain from last year.

Let’s be honest, three years ago would anyone have thought that Hasbro would be the producer of one of the biggest films of all time? Hot off the heels of the mega-success, Transformers: Revenge of the Fallen comes the latest from the famed toy company, G.I. Joe: The Rise of Cobra. The film has a few similarities to the original Transformers: a somewhat recognizable cast without any major superstars; a director who is known for helming big-budget action flicks; and both films are based on a hugely popular toy from the 80s. Of course, that’s where the similarities end. Back in the summer of 2007, Transformers burst on to the scene over the 4th of July holiday, with a $70.5M weekend debut and a massive $155.4M from its Tuesday opening. Anticipation isn’t nearly as high for this new franchise hopeful.

Dennis Quaid, Channing Tatum, Marlon Wayans and Sienna Miller star in the special effects actioner, which opens on around 3,500 screens this weekend. With Funny People underperforming last weekend and no other true action films geared to teens having been released since Revenge of the Fallen, G.I. Joe has a fairly clear playing field to itself. Competition from the other new releases will be virtually nil, which means G.I. Joe has a decent shot of opening with around $48M this weekend, and could go even higher with good word of mouth.

G.I. Joe: The Rise of Cobra

Academy darlings Meryl Streep and Amy Adams headline the dramedy Julie & Julia, directed by Nora Ephron. Based on the bestselling novel about a woman who sets out to complete an entire Julia Child cookbook in a year, the two leads don’t actually have any scenes together, which makes for a tricky marketing campaign. However, this type of adult drama hasn’t been well represented this summer and having Streep play an icon such as Child is a casting coup. And Adams is an up and coming actress who is slowly building a following of her own. Opening on approximately 2,300 screens, Julie & Julia could make around $18M this weekend.

Meryl Streep as Julia Child in Julie and Julia

Steve Zahn and Milla Jovovich celebrate their honeymoon in the thriller A Perfect Getaway. With a title that might lead one to believe this is a movie filled with car chases, Getaway has its work cut out for it this weekend. The trailers have been decent, but show nothing to separate it from the thousands of other thrillers that have been released over the years. People looking for real chills could very well be waiting for the tag team sequels at the end of the month in Halloween 2 and The Final Destination. Date crowds still have The Ugly Truth as a choice. And most teens will be flocking to G.I. Joe. So who is left for this film? Opening on around 2,000 screens, look for A Perfect Getaway to reach the $7M mark this weekend and fade quickly into the sunset.

Milla Jovovich and Steve Zahn in A Perfect Getaway

Last weekend’s champ Funny People debuted much softer than anticipated. Reviews have been mixed and word of mouth hasn’t been solid. With no real breakout moments from the movie, there isn’t much reason for people to pay good money to see this on the big screen when they can enjoy it in the comfort of their own homes in a few months. And overly long running time also doesn’t help matters. Look for the Adam Sandler/Judd Apatow creation to drop around 50% this weekend to $11.5M, bringing its cume to $43M.

After a massive opening day, Harry Potter and the Half-Blood Prince has been performing almost identically to the previous film in the series, Harry Potter and the Order of the Phoenix. The addition of IMAX screens helped ease the fall last weekend, and another small decline should be in store for this weekend. A drop of 38% this weekend would give the top grossing franchise in history another $11M, raising the Half-Blood Prince total to $275M.

Also opening this weekend in limited release from Overture Films is Paper Heart, starring Charlyne Yi and Michael Cera. The Sundance award winner for best screenplay follows Yi as she searches for the meaning of love in mock-documentary style. Strong reviews should lead to a terrific per screen average.

LAST YEAR: For the fourth straight weekend the juggernaut known as The Dark Knight stood head and shoulders above the rest, grossing $26.1M boosting the 24-day total to an astounding $441.6M. In second place was Seth Rogen/James Franco starrer Pineapple Express with $23.2M bringing its total from its Wednesday opening to $41.3M. The Mummy: Tomb of the Dragon Emperor fell one place to number three with $16.5M. Fourth place belonged to the girls of The Sisterhood of the Traveling Pants 2 which debuted with $10.6M. And rounding out the top 5 was the Will Ferrell comedy Step Brothers with $9.1M. 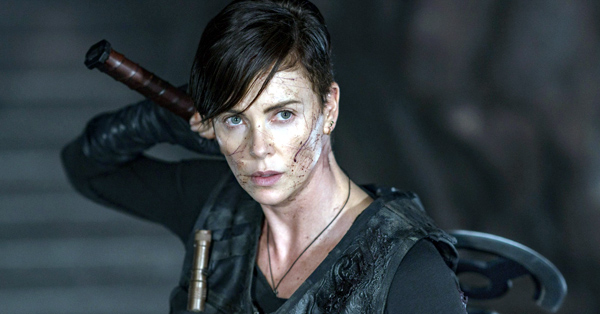