Also: The International, Confessions of a Shopaholic battle for the box office.

Jason lives and is terrorizing young punks again in the new Friday the 13th which opens on the most perfect day. The horror remake should easily lead the North American box office over the Presidents’ Day holiday frame and will be joined by two other new offerings for those with not as much bloodlust. Buena Vista releases the comedy Confessions of a Shopaholic while Sony counters with the crime thriller The International. Overall, the marketplace seems set once again to surpass year-ago grosses by a comfortable margin.

Hollywood loves remakes because the formula to make them is so simple – take a successful older film, add in cell phones and minorities, call it a ‘reimagining’ in press interviews, and you’ve got a surefire box office winner! This formula should work wonders this weekend for Friday the 13th which comes from the lucrative franchise’s new and old studios – New Line and Paramount – with Warner Bros. taking on domestic distribution duties. The twelfth film in the series, this R-rated film finds iconic killer Jason Voorhees doing what he does best – slicing and dicing visitors of Camp Crystal Lake. The new Friday goes back to the slasher antics that made it a runaway success in the first place. No jetting to outer space, taking Manhattan, or fighting Freddy Kruger here.

Friday should power its way into the same league as other R-rated horror remakes like 2003’s The Texas Chainsaw Massacre which bowed to $28.1M in the fright-friendly month of October and 2007’s Halloween which debuted with $26.4M over the three-day portion of its Labor Day holiday opening. Given its timely launch on Friday the 13th, today’s higher ticket prices, and the holiday frame which should make Sunday grosses higher than normal, the new Jason pic could carve out a bigger debut. Also, enough time has passed since the last impressive horror launch which came courtesy of My Bloody Valentine 3D a month ago so genre fans are ready for a new hit to rally behind. Attacking 3,105 theaters, Friday the 13th might debut to about $30M over the Friday-to-Sunday portion of Presidents’ Day weekend.

Jason and friend in Friday the 13th

Beyoncé’s army of single ladies will be out in full force to see Buena Vista’s new comedy Confessions of a Shopaholic, a film adaptation of the best-selling novel. The PG-rated entry stars Isla Fisher as a New York City gal with a shopping addiction and will skew heavily to an audience of young females. As the industry has learned before, especially in the last year, comedies based on popular female-skewing brands with built-in audiences attract huge openings. This one should be no different although its release, which is not ultrawide, will limit the potential.

So far this year we’ve seen He’s Just Not That Into You, which is also based on a popular book, bow to $27.8M and a $8,751 average and Bride Wars which was driven more by starpower and plot debut to $21.1M and a $6,528 average. Both were powered mostly by the fairer sex. Shopaholic will have the second weekend of You to compete with for the same crowd. However, the dual holidays of Valentine’s Day and Presidents’ Day will expand the marketplace leaving room for plenty of business. And the tame rating opens the door for younger girls too. The marketing campaign has been effective, but with a story about buying clothes and shoes, don’t expect too many men to be sold on the idea. Entering 2,507 theaters, Confessions of a Shopaholic could debut with roughly $17M over three days.

Isla Fisher in Confessions of a Shopaholic

Sony offers up the weekend’s only new action film with The International, a global banking thriller starring Clive Owen and Naomi Watts. But the R-rated pic is more crime drama than action film which is what it’s being promoted as. Though talented as actors, the leads do not provide much bankability here which puts pressure on the subject matter and marketing. A film about European banking forces profiting from weapons sales between nations doesn’t exactly qualify as must-see entertainment. In fact the story and stars should help The International perform much better in international waters. The U.S. is not the key market that will propel this film past breakeven. The studio should be commended for giving this what push it can. It’s a tough sell, no doubt, and mixed reviews will repel some mature adult audiences, especially when they have Liam Neeson‘s Taken as a viable option for the long weekend. Infiltrating over 2,300 theaters, The International may collect about $11M over the first three days.

Clive Owen in The International

Valentine’s Day should help keep moviegoers stay into He’s Just Not That Into You so the reigning champ from this week may see a drop of 35%. Shopaholic will certainly provide some direct competition for young women, but the holiday weekend should allow for an expanded marketplace where both can survive. Look for You to fall to about $18M over three days and raise its ten-day tally to $52M.

Fox’s Taken has been a terrific box office performer overachieving in every way. The International will try to take away some of the action crowd but Liam Neeson’s third weekend take may just end up outgunning Clive Owen’s first weekend numbers. A 25% fall would give Taken around $15M lifting the 17-day cume to an amazing $73M making for a guaranteed invite to the century club.

No new films for kids open this Friday which is rare for the Presidents’ Day holiday frame when most schools have Monday off. That means that last weekend’s pair of debuting PG pics will continue to target families. Coraline was a big winner with a $16.8M bow and $7,329 average. Focus should enjoy a strong hold for its 3D fantasy and could decline by 25% to around $12.5M. That would give the stop-motion adventure $33M in ten days.

LAST YEAR: The box office sizzled over the Washington-Lincoln holiday session with four new films opening strong cleaning out the top five. The sci-fi actioner Jumper debuted in the number one spot with $27.4M over three days on its way to $80.2M for Fox. Coming within a hair of each other were the effects-driven fantasy The Spiderwick Chronicles which bowed to $19M and the dance sequel Step Up 2 The Streets opening to $18.9M across the Friday-to-Sunday span. Final grosses reached $71.2M and $58M for Paramount and Buena Vista, respectively. Fool’s Gold dropped from first to fourth with $12.9M while Universal’s Definitely, Maybe premiered in fifth with $9.8M with $32.2M in the bank by the end of the run. 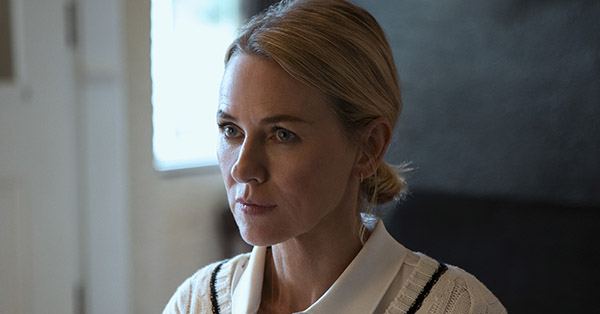