Inside the bloody, animated Marvel comedy, new seasons of Shrill and The Handmaid's Tale, plus details on ABC legal drama Rebel and more TV news. 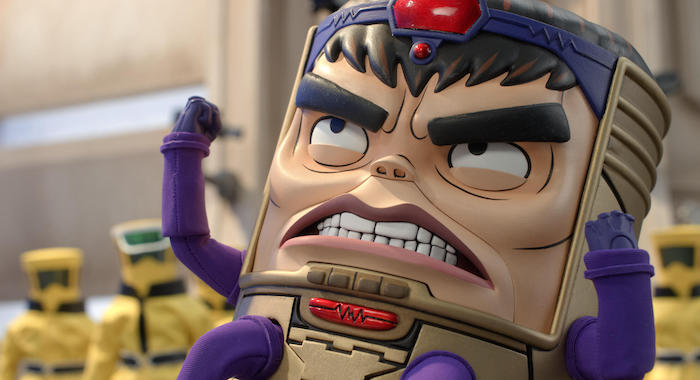 Cast and creators of Hulu’s stop-motion-animated Marvel comedy M.O.D.O.K. promised/threatened things would get weird in the upcoming series, when the streamer held it’s panel at the Television Critics Association winter press tour on Thursday.

Since ABC and Hulu are both under the Disney umbrella, the broadcast network and the streamer were able to present press conferences for several of their upcoming shows over Thursday and Friday.

ABC brought out the talent behind legal drama Rebel (starring Katey Sagal as a fictionalized version of the real-life Erin Brockovitch, who is a producer on the series). Returning shows  had panels, too, like one for the long-delayed fourth season of Hulu’s The Handmaid’s Tale and another for the third and final season of the streaming service’s comedy Shrill.

The first teaser trailer for upcoming stop-motion animated series Marvel’s M.O.D.O.K. is potentially bloodier and more violent than viewers unfamiliar with the show’s comic book inspiration would anticipate. The show follows the titular megalomaniacal supervillain (the Mental Organism Designed Only for Killing), voiced by co-creator Patton Oswalt, as he continues (and kinda fails at) his quest to conquer the world.

But the character has always been “over the top and rageful,” Oswalt said on the show’s TCA panel — so much so that he “truly is his own worst enemy. …As far as the blood and gore, we decided to take it to Monty Python levels.”

Co-creator Jordan Blum said that the notoriously protective Marvel allowed them to push the characters as far as they wanted to go because “they knew the show we were trying to make and they encouraged it.”

Although the character of M.O.D.O.K. isn’t as well-known as other superheroes and supervillains, “he’s instantly recognizable” for comic fans, said Blum. It’s a fan-favorite character, like Howard the Duck or other lesser-known heroes.

As a company, Marvel loves “how weird and kind of out there their characters get,” said Oswalt. “They do have this amazing roster of characters, so the fact that we’re starting on the outer limits and then building beyond that, I think they’re really excited.”

That said, there will be plenty of cameos from the big heroes audiences know and love (despite the fact that this series is decidedly not a part of the Marvel Cinematic Universe, which now includes TV with all of the company’s Disney+ shows).

On occasion, said Blum, “Marvel let us play with the big toys.”

The Handmaid’s Tale Heads to Chicago for Season 4

Margaret Atwood has always said that everything she wrote about in her 1985 dystopian novel The Handmaid’s Tale was either something that had happened or was currently happening — so the fact that the riot at the U.S. Capitol on January 6 eerily echoed events that take place in Hulu’s adaptation makes a lot of sense.

“We remain unbelievably relevant, and we kind of wish we weren’t,” executive producer Warren Littlefield said on a panel for the show’s upcoming fourth season.

Added creator Bruce Miller, “Television and drama are safe places to see your worst fears acted out and kind of experience them at a remove. When you come up with something horrible in your head and put it on television, and then hear something like it happening in the real world, it’s just sickening.”

But the terror of life in Gilead, the theocratic dictatorship that has taken over much of the U.S. in The Handmaid’s Tale‘s fictional world, isn’t all parallels to the current political reality. The fourth season, which premieres April 28 — nearly two years after the third season ended, thanks to its pandemic production delay — will see what happened in the aftermath of heroine June (Elisabeth Moss) and her allies sending dozens of children to safety in Canada. Spoiler alert: The resistance is alive and well, and June and her friends will continue to sow the seeds of an uprising that the show has hinted at for a while.

“We’re delivering on the things that we’ve set up, and I think that’s very satisfying,” Miller said. “I think in this season we weren’t waiting around. We were trying to make progress. It was time for s–t to happen.”

Added Littlefield, “This year, in some ways, it’s about patience rewarded. We’ve planted seeds for several years about this uprising and hotspot in Chicago and the forces of Gilead really can’t keep it under control, and now we go. We leave our world, our central universe around the greater Boston area, and — boom — we’re in a completely new environment.”

And if you thought Moss had a lot of work between juggling her ultra-intense, emotional scenes and her job as an executive producer on the show, know that Moss directed not one but several episodes of the upcoming fourth season. 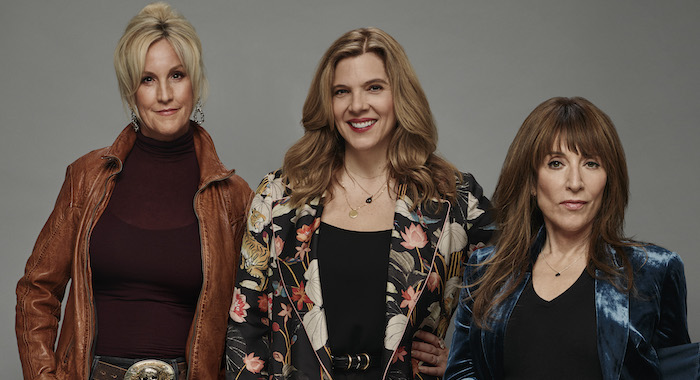 The main character of ABC’s new legal drama Rebel, based on the life of Erin Brockovich, obviously shares plenty of traits in common with the environmental activist herself (and Julia Roberts’ Oscar-winning fictionalized version).

“What I love so much about Rebel is she can cross a few lines. She can go outside the box,” said Katey Sagal, who plays the titular character, a blue-collar legal advocate without a law degree who will fight for a cause she believes in at almost any cost. “She gathers knowledge from everywhere, she just takes it all, and then her primary purpose is to fight for the right thing.”

But that’s just how Brockovich is in real life, she admitted.

“I’ve been told to watch my mouth plenty of times, but it’s passion,” Brockovich said on the series’ TCA panel. “Why do you have to respond a certain way when some of the things you’re dealing with are full of passion and angst and fear and lies and deception? Not always is my response calm, cool, and collected. Why would anybody not understand why you get upset over certain issues?”

But a show from Krista Vernoff, a.k.a. the showrunner of Shondaland staples Grey’s Anatomy and Station 19, isn’t just going to be legal battles and activism. It is, Vernoff told reporters, “very sexy. It’s 10 p.m. on ABC. It’s sexy, it’s family, it’s friendship, it’s all of the human interactions with a legal element.”

Did Shrill Writers Know Season 3 Would Be the End?

When Ali Rushfield, Lindy West, Aidy Bryant, and the writers of Shrill began crafting their story for the comedy’s third season, they didn’t know that it would be the last. But once Hulu told the team that season 3 of the show, which stars Bryant as a Portland writer who learns to embrace herself and her voice, would be the last, they were able to write a satisfying finale.

“We didn’t know going in, but we knew somewhere in the middle of there, with enough time to make an ending we were good with and lands the characters in a good place,” Rushfield said on the show’s panel. “So we didn’t know then, but we feel good with the way it landed.”

Added Bryant, who missed most of Saturday Night Live‘s fall shows while on location in Portland, “I’m of course sad the show is ending because I love working with Lindy and Ali [and our cast], but I’m also so proud of what we’ve made, and it feels like a really nice beginning, middle, and end to me.”

Shrill season 3 premieres May 7 on Hulu.